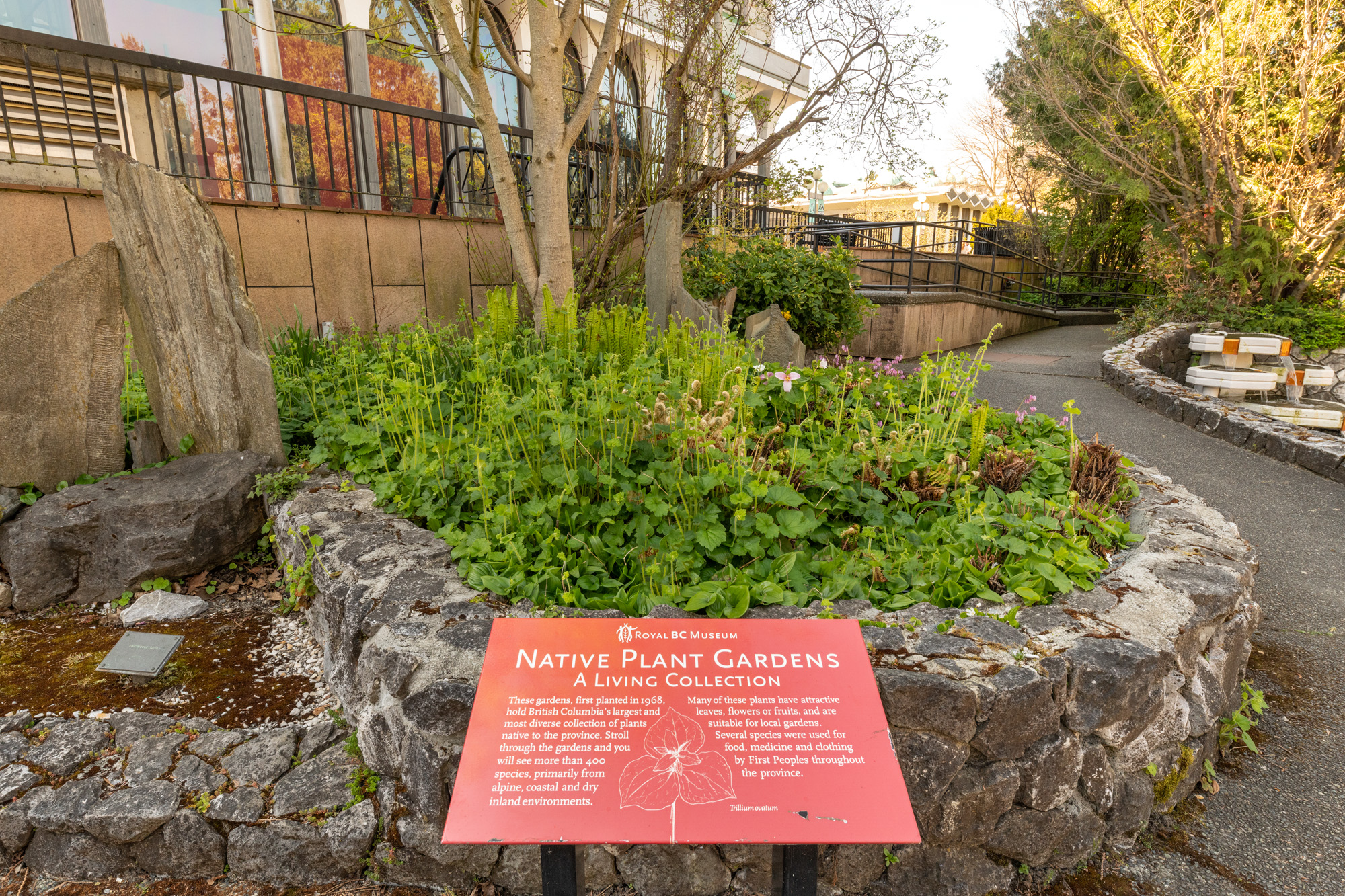 A small portion of the RBCM Native Plant Garden.

The native plant garden at the Royal BC Museum, with more than 300 species of plants, is a haven for wildlife in an otherwise heavily urbanized setting.  The garden was initiated in 1968 in part to promote landscaping with our diverse native flora.  The diversity of bird species that are known to visit the garden is truly impressive considering the downtown setting, and the garden also harbours a wealth of invertebrate animals: butterflies, bees, dragonflies, and damselflies, as well as many others.

Some of the animals are just passing through on their migration – for instance the eye-catching Green Darner dragonflies that have been seen there in the fall on their way south (yes! -some dragonflies migrate!) and the gorgeous Wilson’s Warblers that pass through on their way north each spring. Others are year-round residents in the garden: Song Sparrows, Spotted Towhees, while others come to the garden in the winter months and then head off to points north as the rest of the province warms up: Golden-crowned Sparrow, Ruby-crowned Kinglet. 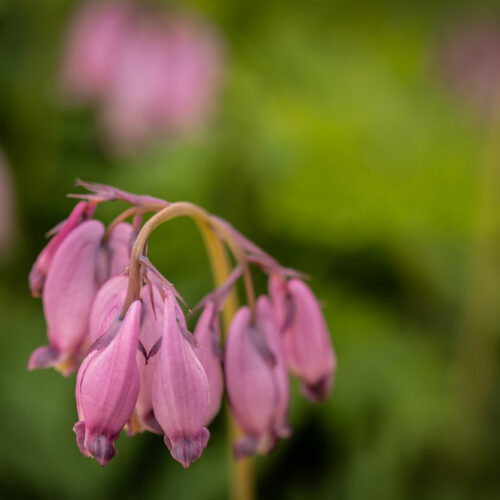 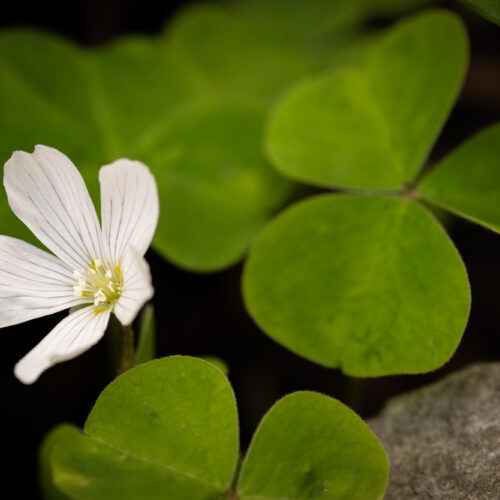 Redwood sorrel (a type of shamrock) 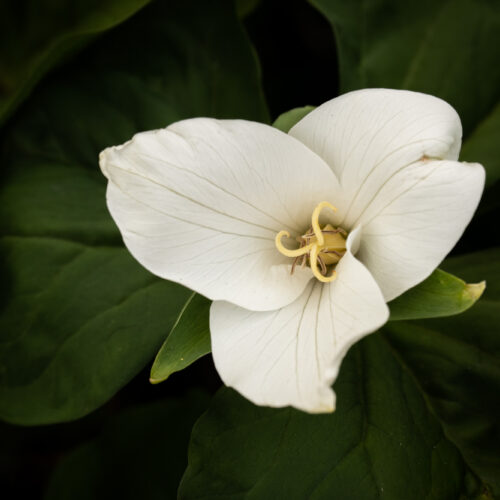 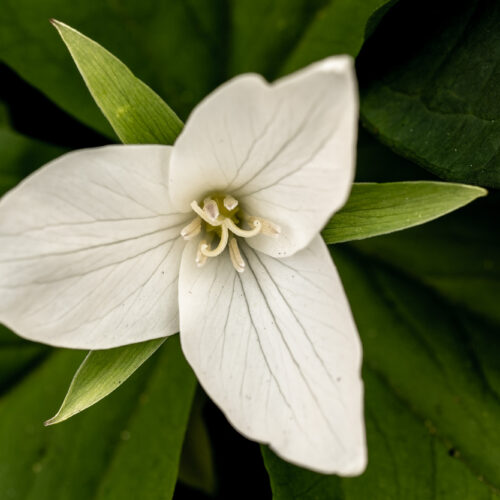 It is not just that the garden offers a patch of greenspace though. What makes the garden a preferred location for our native wildlife are the native plants that inhabit it. The plant species that are native to this region co-evolved with the animals that also live here, seasonally or permanently – they need each other. There is no better example of this then examining the butterfly species reported from the garden. They come to this small area because the plant that they lay their eggs on and that their caterpillar eats can be found in the garden. Some examples include willows for two of our local Swallowtail butterfly species, Ocean Spray for the Lorquin’s Admiral, and Sedum for Moss’s Elfin. In the fall elegant Cedar Waxwings are regularly seen gobbling up the Black Hawthorn fruits, as well as those of some of the other shrubs in the landscape. These fruits are a critical food source for birds that they cannot typically find in urban settings.

The winter garden has value as well: native trees and shrubs offer a year-round source of food to the birds of the region because many invertebrates live on the plants; providing a source of protein to insectivores like Chestnut-backed Chickadees, Red-breasted Nuthatches, and Bushtits. This past winter a flock of as many as fifty Yellow-rumped Warblers spent many months foraging in the garden – always able to find food among the regionally-adapted plants because of the insects feeding on them.