The BC Packers film Salmon for Food (1945), directed by Oscar C. Burritt for Vancouver Motion Pictures Ltd., includes wonderful footage of female cannery workers. This is an industrial film, a sponsored film created for an external audience but not intended for theatrical release. The segment dealing with the female workers has a different atmosphere. There is more of the feel of documentary film, informing the viewer of the nature of the working lives of these women.

In order to keep the film clip to a reasonable length, I have chosen not to include footage of the male workers at the cannery. The faces of the men at work are primarily turned away from the camera, which focuses more on their hands. This has the effect of emphasizing the tasks and de-personalizing the male workers. The camera moves in more tightly on the faces of the women, highlighting their facial expressions; their hands are busy at work or gesturing as the women talk amongst themselves. We are invited to share their world of work in the salmon cannery. I think the feeling of engagement here moves Salmon for Food from strictly industrial film to social documentary.

I like to search for industrial film footage of women at work because women’s work generally was less likely to be documented; therefore footage of it is rarer. I’ve blogged previously about scenes of female laundry workers in Kamloops. That footage is quite different from the footage in Salmon for Food. The footage from White Way Laundry & Dry Cleaners depicts women working as individuals at separate machines, while the salmon cannery workers cluster in groups as they work together on the production line, and as they socialize. The camera work in the cannery film personalizes the workers, and brings the scene to life.

Unusually for an industrial film, this segment depicts the cannery facilities that create an environment attractive to women: a medical clinic with a nurse; a tea room for those restorative afternoon breaks; and on-site housing. It’s likely that these facilities were intended to attract and to retain the female workforce.

I expect this film would have been used primarily as a marketing tool for the salmon industry–but it survives today as a record of women’s role as labour in the industry. Curiously, however, the female cannery workers in this film all appear to be Caucasian. Historically, there were also First Nations and Asian women working in the canneries. Why are women of colour not included in this film? Was it a deliberate choice by the filmmakers or sponsors? Seventy years after the film was made, one can only speculate. 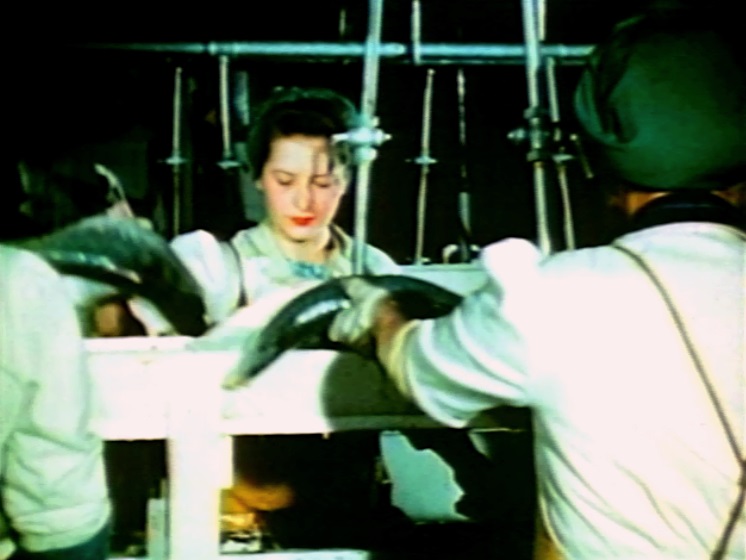 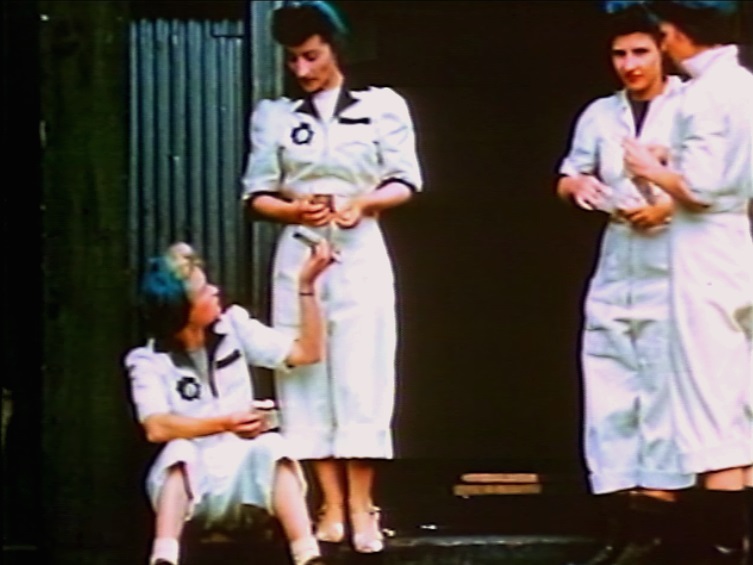