Teachers Reports: A Window on the Working Lives of Rural Teachers 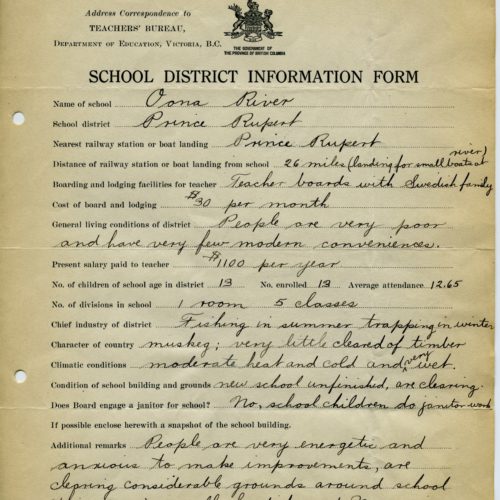 One of the pleasures of working in the archives is the opportunity to pull out a box of records and examine the records inside. It’s a bit like opening a gift from the past. You never know what sort of discoveries or connections await within. When I had a few minutes recently, I sat down with Box 1 of GR-0461, Teachers’ Bureau Records, and browsed through it. In those few minutes, I learned a lot about the conditions faced in some of British Columbia’s rural and assisted schools in the 1920s.

The Teachers’ Bureau acted as an employment exchange by gathering information about the schools and districts, and by conveying information about vacancies and the schools to prospective applicants. The records in GR-0461 consist of School District Information Forms—questionnaires that were distributed to rural school teachers in 1923 and 1928. This set of records is not entirely complete. There were 684 rural and assisted schools in 1923, but only 651 completed forms exist from that year. In 1928, there were 728 schools, but there are only 711 completed forms.

Those who completed and returned the School District Information Forms to the Teachers’ Bureau left a very useful tool for examining working conditions for teachers in the 1920s. The more remote the community, the more likely the teacher was to experience loneliness and isolation. The living conditions at Big Bar Upper School in the school district of Lillooet were described as “Isolated and lonely. Crude pioneer homes. Very little money to be had.”[i] Similar sentiments are expressed by many of the teachers. Living conditions at the Copper Creek Station School were tersely described as “Absent” — a case of “create your own world.” Boarding and lodging options there were “very limited and unattractive.”[ii] Some of the “additional remarks” on the forms indicate the skills necessary for success. “This school requires a strict fearless teacher; and one who is impervious to dismay.”[iii] So wrote the teacher at Big Bar in 1923, Gerald S. Andrews. That name may ring a bell for those familiar with BC history and our archival records—Gerald S. Andrews was later to become the Surveyor General for British Columbia.

Perhaps Dorothy A. Clarke of North Dawson Creek said it best in her additional remarks: “Teachers labor under great difficulties in this country, as the settlers are very poor and they find it exceedingly hard to make a bare living for themselves. Consequently it is really hard to get any money together for school purposes. I do not think it wise to encourage young and inexperienced teachers of either sex to come in here to any of the schools.”[iv] Such were the conditions in the rural and remote schools of British Columbia during the 1920s. 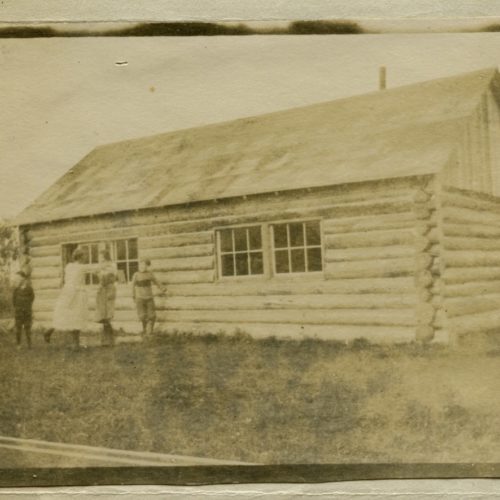 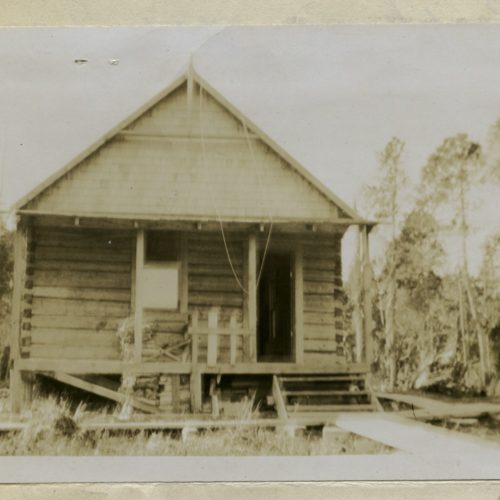