There’s a Mole in My Bucket, Dear Liza, Dear Liza

I am always on the lookout for invading species, stow-aways, and escapee pets. While looking in the bird collection for some exotic finches (for the Data Deficient blog post), I spotted this mole. Lucky for me Lesley Kennes and Nick Panter were looking for a Chipmunk specimen in a work cabinet. Their cabinet was opposite mine, so I had to wait and had the chance to snoop in the work cabinet to see what was soon to be cataloged (you don’t get to use the word “snoop” every day).

This mole was trapped at UVIC on May 6, 2009 and probably arrived in the root balls of new trees from the mainland. The trees were planted around the extension of the McPherson Library. It obviously is really easy to accidentally introduce something as large as a mole to Vancouver Island.

The Shrew Mole, as its name implies, looks more like a shrew than a typical mole. Mr. Mole also looks more like a Shrew Mole to me – with his long tapered snout, but given that character is from the other side of the puddle, I assume he was based on a European Mole (Talpa europea).

The Shrew Mole (A) and Coast Mole (B) are widespread across the Lower Mainland, but the Townsend’s Mole (C) has a very restricted range near Abbotsford. There are no Moles native to Vancouver Island, but they sure would do well in Saanich, Metchosin and a few other localities.

The preparator’s tag on our new specimen only has a number on it – so you may be asking: “What species of mole was found at UVIC?”

You can use identification keys – more specifically, the portion of the insectivore Identification Key relating to BC mole species in our Museum Handbook (Nagorsen 1996, page 58) is as follows:

11a – Tail length more than 25% of total length; width of forefoot palm less than its length

11b – Tail length less than 25% of total length; width of forefoot palm equal or greater than its length – go to 12.

Granted my measurements were from the study skin (Tail 13.5% of Total Length, Hind foot [21 mm] and Total Length [144 mm]), and skin proportions can be stretched when prepared or shrink as the skin dries – but these measurements are well within the range of the Coast Mole, the more common of the two Scapanus from BC.

The translocation of this single mole parallels the invasion of Raccoons (Procyon lotor) on Haida Gwaii – only in the sense that a native species from one part of the province has been transferred as an “alien” to a new region via human intervention. Fortunately only one mole arrived in UVICs shipment of trees (a mole of moles would have been a different matter – and harder to conceal). Haida Gwaii was not so lucky. Raccoons were released at a single location in the 1940s to boost the fur trade (Golumbia 1999), have spread far and wide since, and are a real pest in need of eradication. 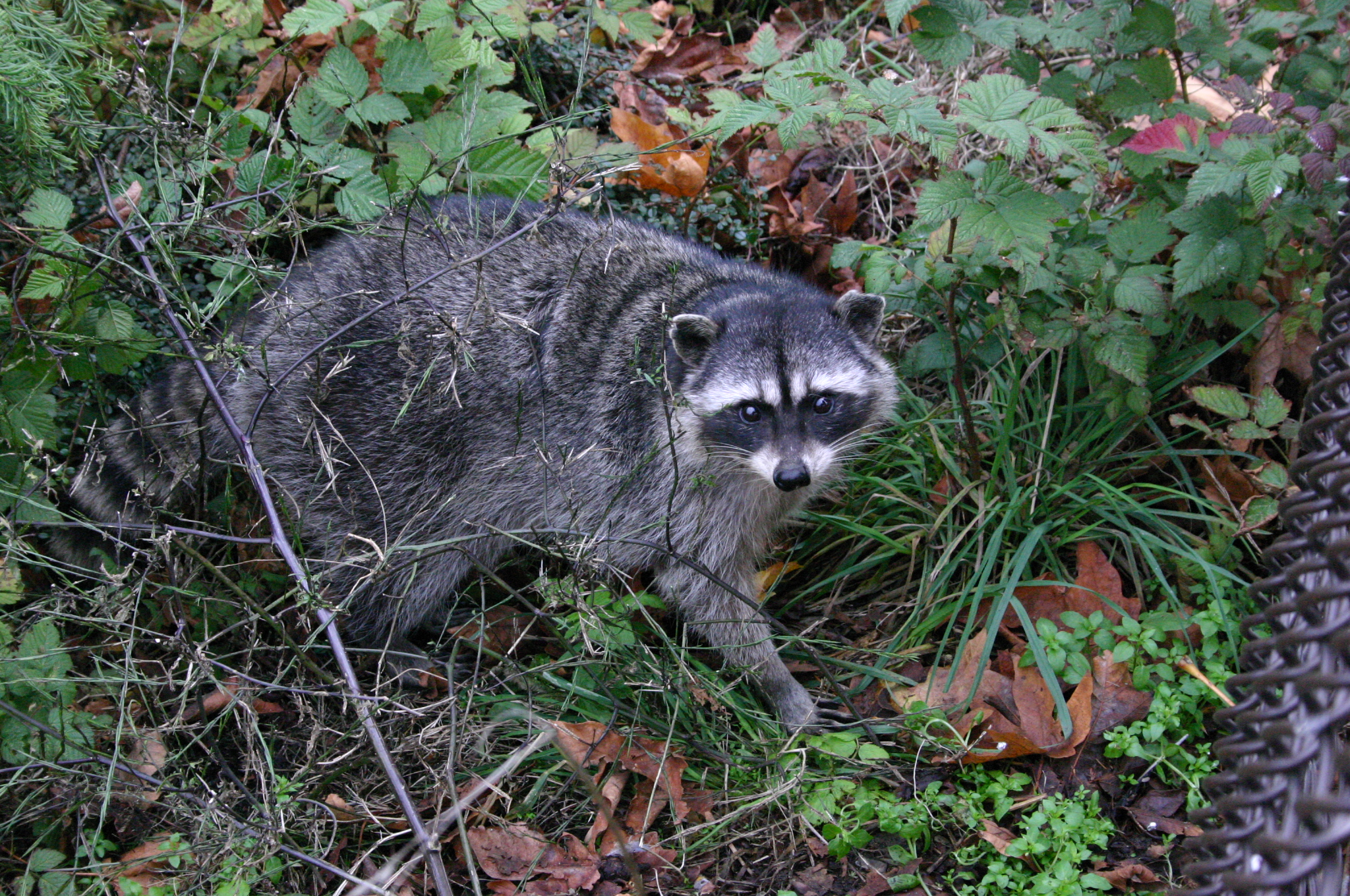 Here’s a bold urban raccoon from Stanley Park, Vancouver. The ones on Haida Gwaii are far more timid and head for cover when they hear boat motors.

It’s obviously not the first time that stow-aways have invaded some part of British Columbia. The Coast Mole had a short trip from the lower mainland. Black Rats (Rattus2), Brown Rats (R. norvegicus) and the House Mouse (Mus musculus) must be competing for the title of the first non-human mammalian stow-away to have entered this province. Some stow-aways can survive far longer trips. Some unisexual Geckos spread far and wide across the tropical Pacific as stow-aways on Polynesians rafts (Fisher 1997).

Who can forget the Yellow-bellied Marmot which carved out a niche in the Empress Hotel’s garden? It must have snuck over in some vehicle, because I don’t think it could reach the ticket dispensers for walk-on ferry tickets. Other marmots appear on Vancouver Island from time to time, possibly in shipments of construction supplies. In a previous posts I mentioned  a Yellow-bellied Sea Snake (Pelamis platura) which was found in ballast water, and a Speckled Rattlesnake (Crotalus mitchellii) that stowed away in an RV which traveled from Arizona. We’ve also had some close-calls with Zebra Mussels (Dreissena polymorpha) on recreational boats – but as far as we know, no Zebra Mussels have hoped into our province via dirty skegs. Stow-aways are a real threat to BC’s ecology. 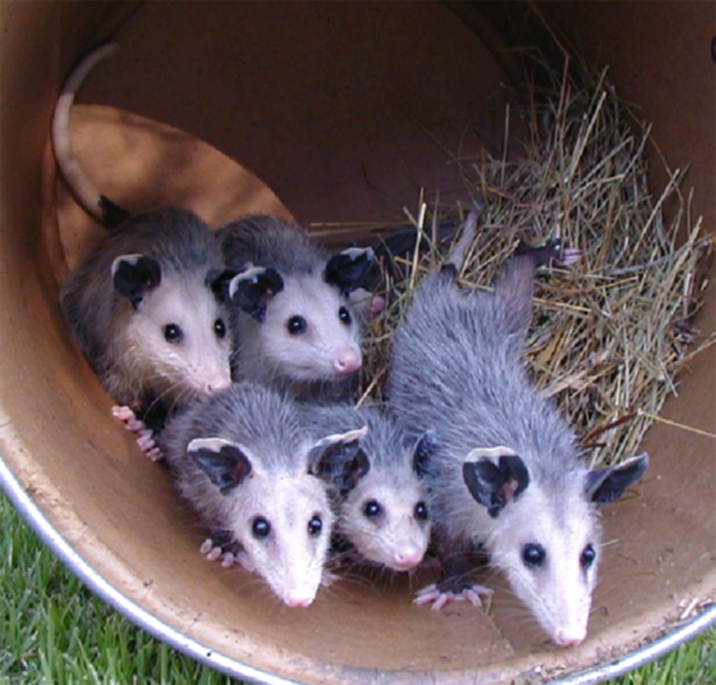 This spring I received a report of an Opossum (Didelphis virginiana) near Courtenay on Vancouver Island. Perhaps it escaped the eradication program on Hornby Island. We can only hope it was alone and had no chance to reproduce. Other Opossum are occasionally spotted in Saanich, as far south as Bowker Creek (November 15, 2007), and are widespread on the Lower Mainland and “lotusland”.

To me, Lotusland conjures up the idea that Vancouver is a sports car driver’s paradise (shameless insertion of my favourite Elise from GT5), not an Opossum sanctuary. 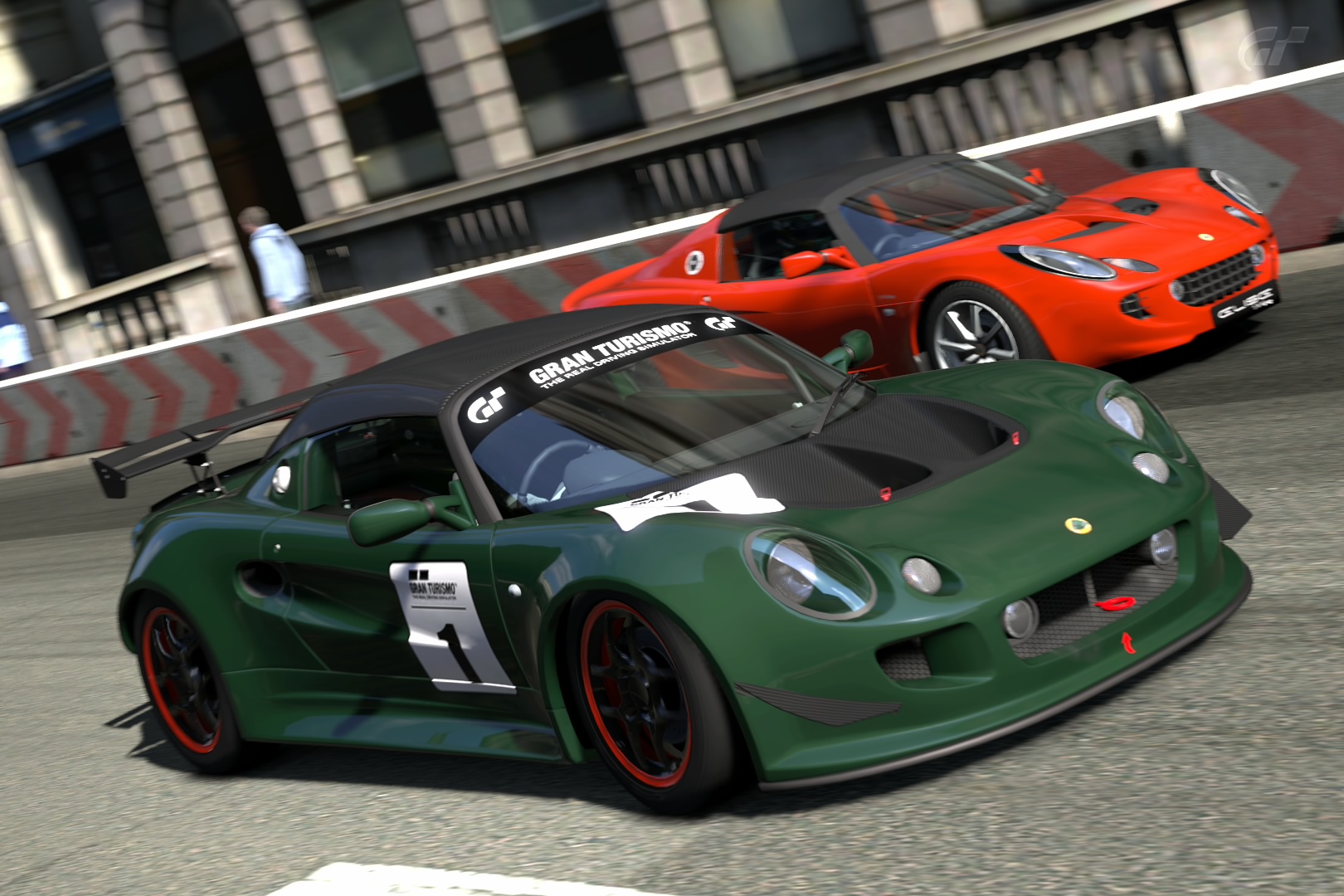 Opossum are restricted to the most mild regions of BC because the species is prone to frost-bite (ears, tail, feet). Opossum obviously do well around humans since their range correlates with extensive urban and industrial development. Opossum also opportunistically raid bowls of pet food left outside for dogs and cats.

In the end, limitation or preferably, elimination of stow-aways is one of the best ways the general public can help control the spread of exotic species. It is proactive rather than trying to control something once it is established here. If you’ve been travelling, please scour your vehicle and luggage for stow-aways. You’ll be doing us all a favour, and better yet, you’ll be doing BC’s flora and fauna a favour.

Imagine having to clean this? Rats in the bilge, and “biofouled” to the scuppers… no one can complain about having to clean a modern motor boat or RV… it is a small task by comparison.