I don’t know what the equivalent to writer’s block is for museum programmers, but it exists, and when I am faced with it, I like to search for inspiration by visiting the collections.

Most recently, I was searching for a topic for our first Night Shift an adult learning special event. The timing was in October, so something on the darker or otherworldly side seemed like a natural fit – but the challenge was to link it with our research and collections. The answer came in “Old Town”, a street scene on the third floor, when I passed a sign in a shop window display which read, “Mourning Orders Given Prompt Attention”. Behind the sign are some wonderful dresses from our collection and a few more items of mourning wear. 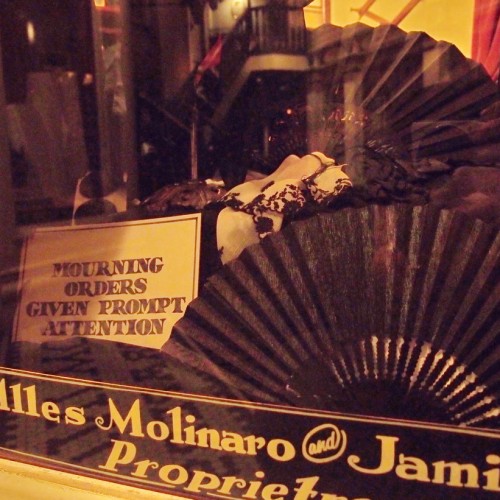 During the Victorian period, mourning was the height of fashion, thanks to Queen Victoria, who was widowed in 1861 and remained in mourning until she died in 1901. During that time, merely grieving was not enough, one had to dress and act the part by following a strict set of etiquette. The idea came to me that the Night Shift event could explore the concept of how dying affected the living during Victorian times in British Columbia.

Only a small percentage, roughly seven per cent, of the museum’s collection is ever on display so it is a priority for our programs to offer visitors an opportunity to see or learn about artifacts that aren’t normally visible. To achieve this, I called upon our Modern History Collections Manager, Delphine Castles. On the night of the event Delphine brought out some additional materials from our collection to demonstrate the hidden meaning in mourning garb along with “memento mori” such as hair weavings and jet jewellery. 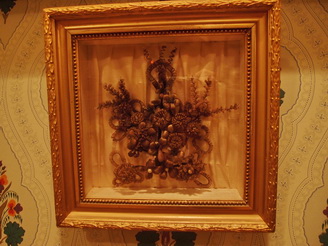 Another large part of the museum’s collection, is stored in the BC Archives. Archivist Ann ten Cate brought light to the BC Coroners records and explained not only why they are in the archives but how they are accessed. She went on to highlighting some of the more pertinent records from Victorian period – some events which have repercussions that are felt today.

Exploring on-line, I found artist Nene Humphrey and her project “Into the Center” which she graciously allowed us to show at our event and we projected onto a wall in Old Town. I was also able to connect with a researcher who uses the BC Archives to research historic costumes and people from Victoria’s past. She came in a half-mourning costume along with a friend in a full-mourning costume and mingled among the guests, revealing details of widows’ lives in Victoria during the late 1800s. Other presenters discovered a eulogy from 1856 in the BC Archives and presented it along with gothic poetry throughout the evening.  Dr Erin McGuire, Professor of Archaeology from the University of Victoria spoke to a packed out room about death in the archaeological record. 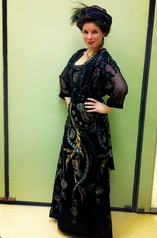 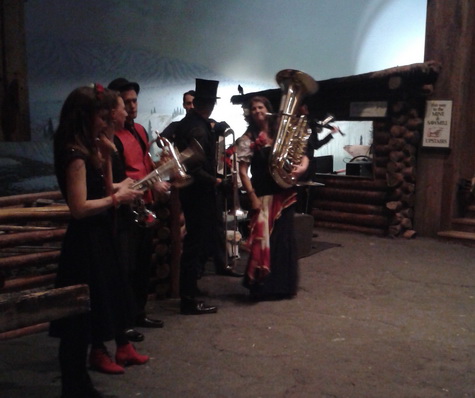 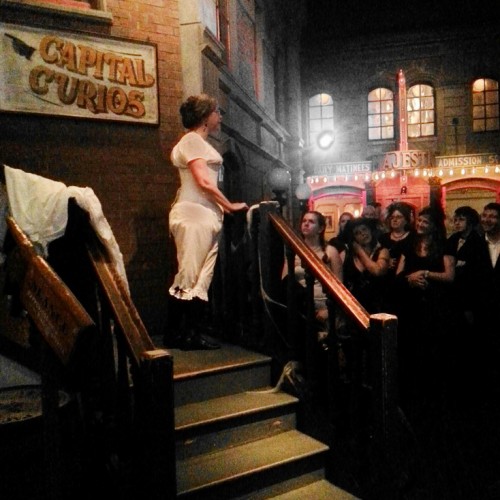 Visitors get to see what is underneath all of those Victorian layers of dress.

To involve more of the senses, a folk glam gypsy marching band played a repertoire of dirges, funeral marches and processionals, a DJ mixed new sounds with hits from the turn of the century and caterers provided some food and drink, including a historic recipe for soul-cakes. Visitors were invited to come in mourning garb and could further get into the act by taking part in a Victorian séance, interacting with a fortune teller and making their own fascinator inspired by mourning fashions of the 1800s.

Ideas can come from many places: an in-depth tour behind the scenes, a publication, or a walk through the exhibitions. The key is to delve into the museum’s collection and see where the stories take you from there.