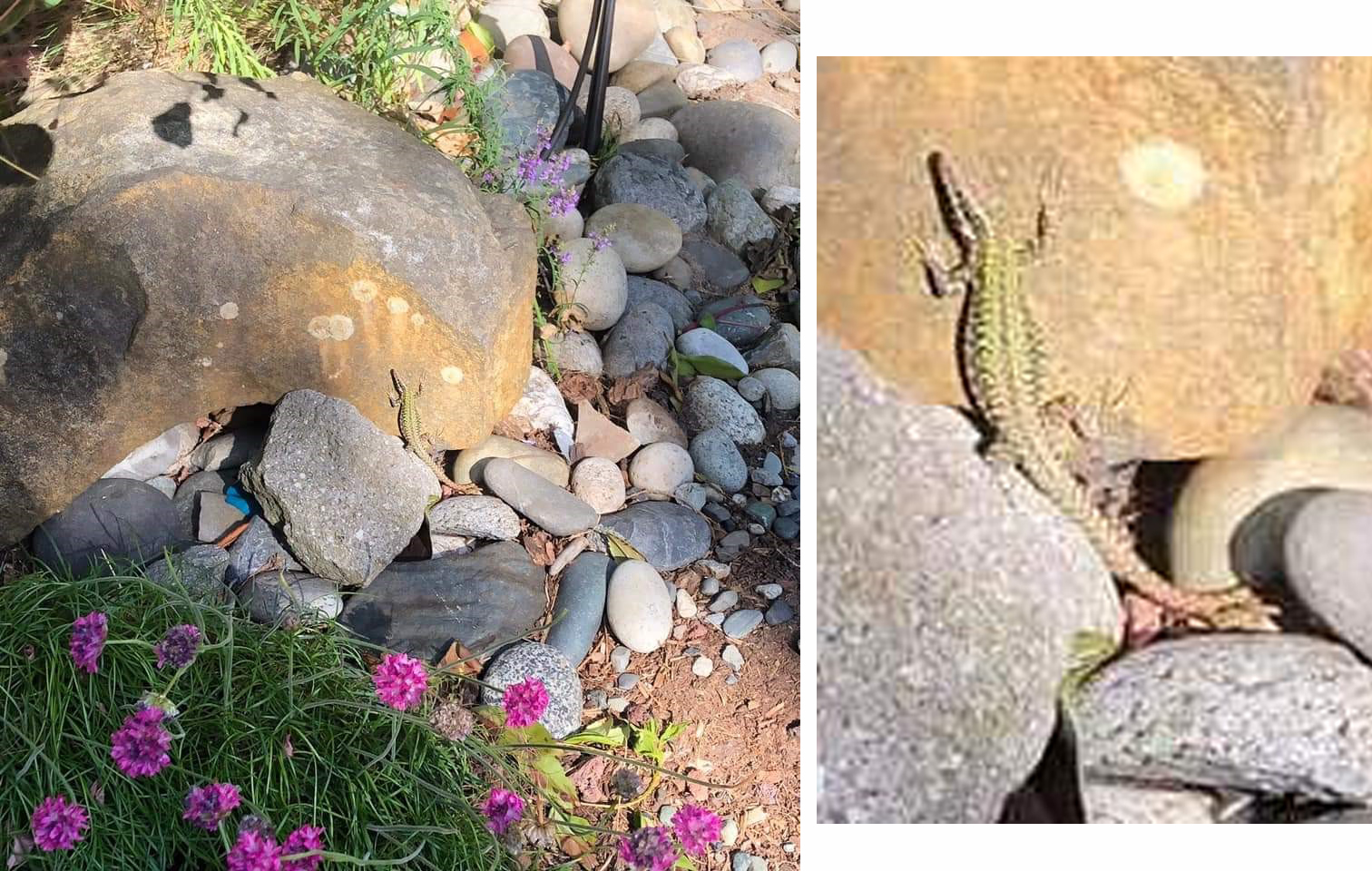 The report came to me in late September to verify the identification, and without a doubt, the photo captured a common wall lizard. After a few quick emails, Christian Lodders pinpointed the epicenter of the colony along Kathleen Drive in Chilliwack. Several gardens in the area now are known to have wall lizards—in other words, they are firmly established. Newly hatched wall lizards were seen this autumn.

How did they get from Vancouver Island (or Denman Island) to Chilliwack? Who knows. Lizards could have been shipped by accident as eggs in a plant pot. One nest creates an instant population of 5–10 lizards, genetic bottleneck notwithstanding. Maybe a gravid female was a stowaway in some camping gear? Mr. Lodders talked to homeowners in the area, and there is no indication anyone intentionally released lizards. 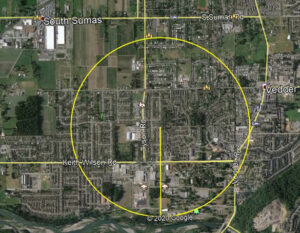 As on Vancouver Island, the end result is the same for Chilliwack—if lizards are not eradicated, they will spread in the area. Under their own power, lizards can disperse one kilometre in 10 years (as outlined in the yellow circle above), and with assistance from humans, their range can expand far more rapidly in the area. With a little help, they could make their way to Washington, and that state would have two wall lizard species: Italian wall lizards (Podarcis siculus) are already established on Orcas Island.