The value of exploration 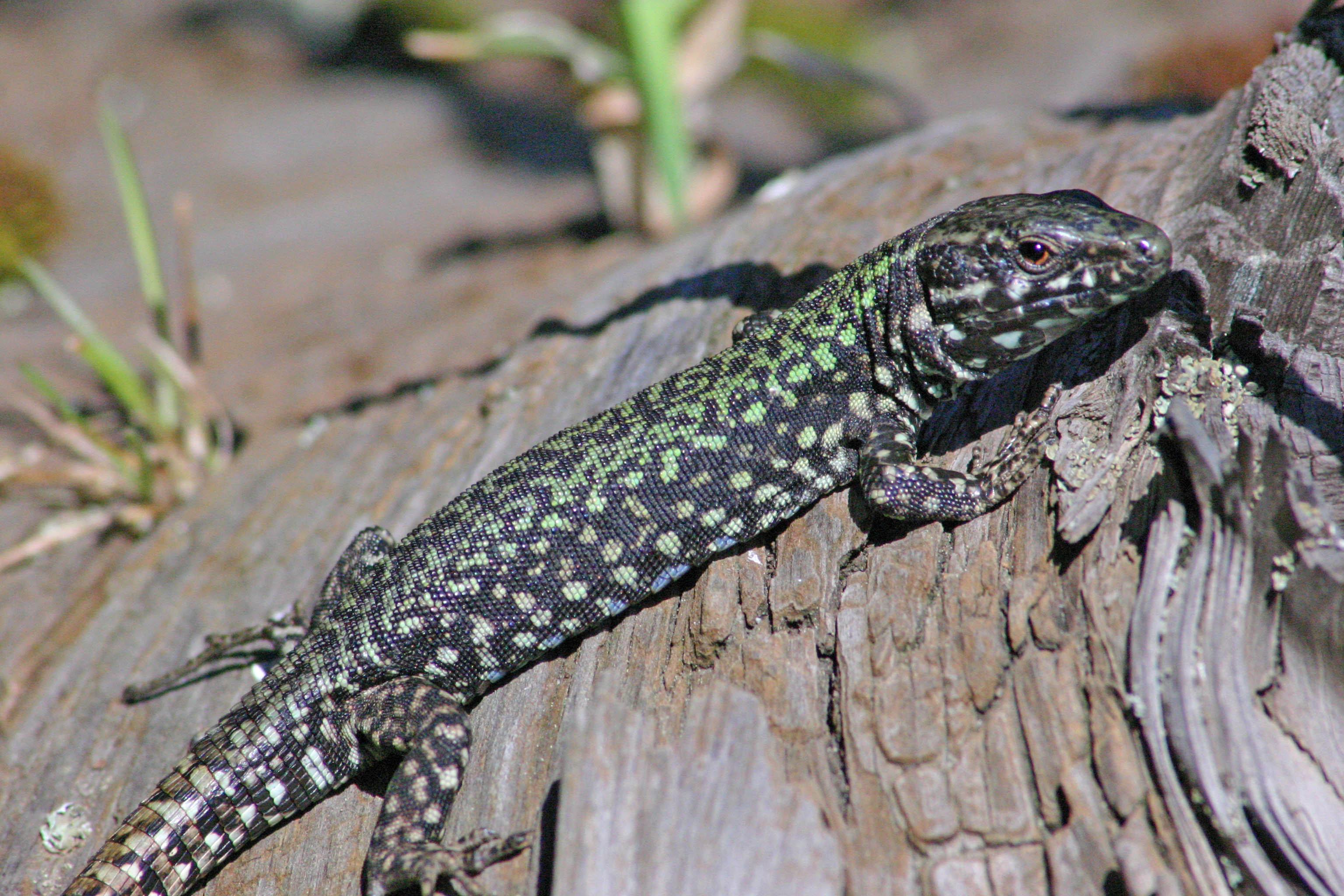 Obviously I needed to explore and find out whether these were isolated introductions, or part of a larger population at the Quadra-McKenzie intersection. When my wife and I are picking up garden supplies at Borden Mercantile, I don’t get much time to explore for lizards. We have a 3-year-old who keeps us busy. It was hard to find the time to wander around the region at the Quadra Street-McKenzie Avenue intersection to see how far the lizards had spread. Until now.

The Google Earth image below shows the result of an afternoon’s exploration (Monday April 25th, 2016). Yes – I went for a walk and did some “lizard watching”. The original locations I knew about are in GREEN. The RED dots are new. 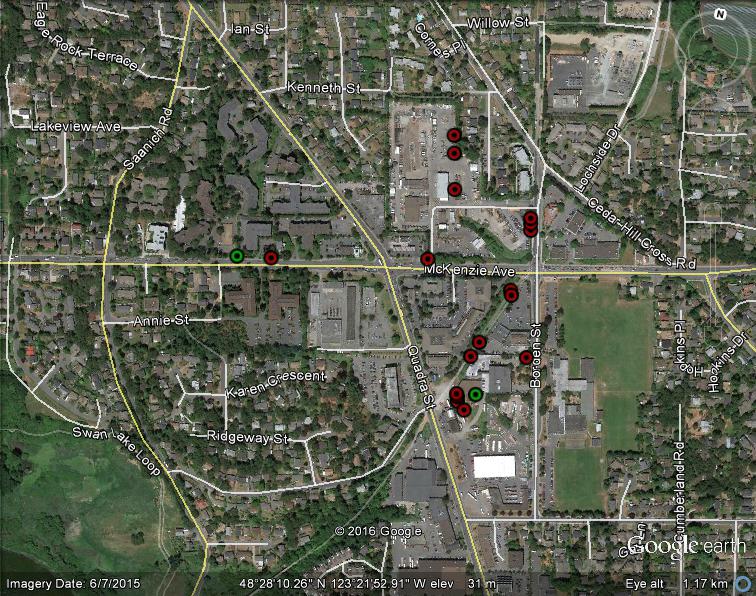 The Saanich municipal yard is crawling with lizards – so that begs the question – did wall lizards arrive at the municipal yards first, and then spread to Borden Mercantile? It seems likely since the Hartland Landfill and Saanich itself is now infested with these invasive lizards. We’ll never know how the lizards travelled to this area. Perhaps they were stow-aways on trucks that move between the Hartland Landfill and the municipal yards. They could have been dropped there inadvertently by homeowners dumping lizard infested garden waste. Who knows. But the fact is, this area now has a firmly established population. In a short afternoon’s walk I saw juveniles from last year, adult males and females, and plenty of gravid females – so the annual population boom will happen again as this year’s eggs hatch.

The lizards also are easy to find along the isolated rocks and bedrock outcroppings along the Lochside Trail. Perhaps that trail and the ditch that runs through the Saanich municipal yards will serve as dispersal corridors. It is almost a straight line along the Lochside Trail to Swan Lake Nature Center – I wonder how long it will be until that nature reserve is overwhelmed by invasive lizards?