Winkler and the elephant

If you visit Cranbrook BC you might come across a statue of an elephant.  In 1926 an elephant called Charlie Ed escaped from the circus and went on the lam for a few weeks.  When he was eventually recaptured, he was renamed Cranbrook Ed to commemorate his time there.

Did Winkler take these photographs or were they popular prints available for sale?  They match the other prints in his album in shape and size so it’s likely that he did take them.  Lucky for us that he was in Cranbrook at the time of the elephant capture, and that he had a camera with him. 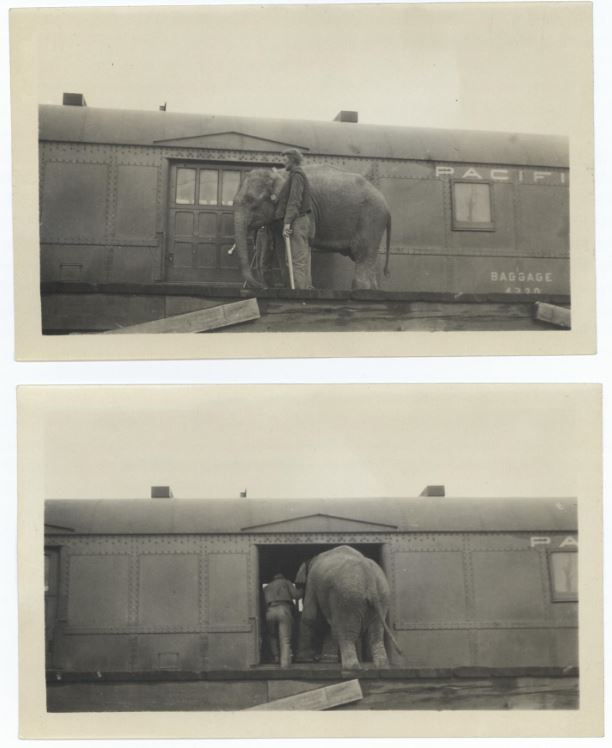 You can visit the Cranbrook city website at http://cranbrook.ca/our-city/history/interesting-stories/ to see a picture of the statue and read the story of Cranbrook Ed the elephant.