J.P. Campbell, General Foreman for Islands and Saanich district shows his appreciation for machinery in the 1925 annual report.  First he notes that “an air-compressor and rock-crusher were installed at North Saanich and are giving entire satisfaction and producing crushed rock at a low cost.”  Near the end of his short report, which covers public works activities in his district, he states “I would like to emphasize the fact that to the modern machinery engaged is due a very large percentage of efficiency obtained.”

And it’s no surprise when you see the size of the rocks they were dealing with. 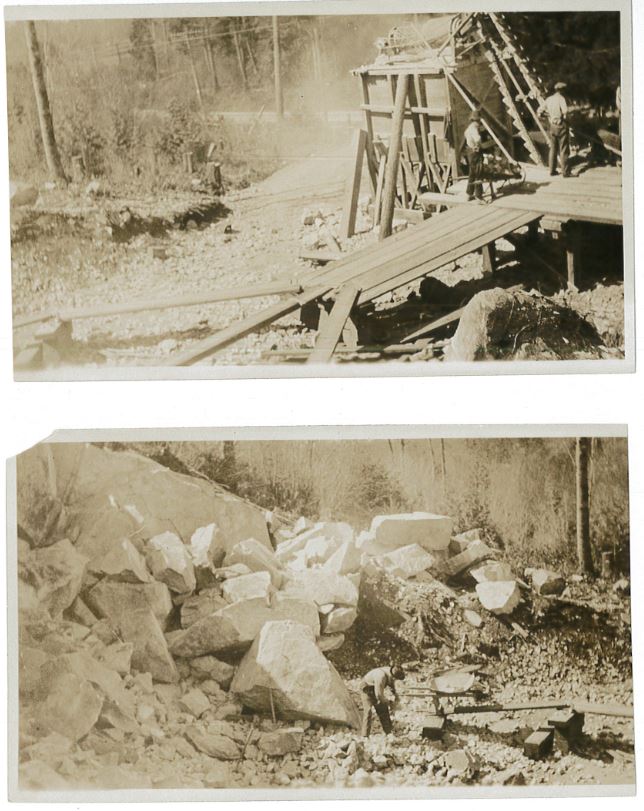