The Dave Barrett portrait in the hall of Premiers

I’ve always liked the portrait of Dave Barrett that hangs in the hall of Premiers in the Legislative Assembly buildings in Victoria.  When I go over for lunch in the legislative dining room and I pass through the hall, I sometimes stop to admire the portraits of the Premiers of BC.  Most of the portraits are quite formal black and white photographs, until you get to Dave Barrett.  Suddenly you are confronted with a colour photograph of a smiling Barrett with a halo or sunrise effect behind him.  I have wondered about the origins of this photograph and why it is so different from the others.

The other morning I was viewing a CBC video of the opening of the Legislature, 2nd session, 30th parliament in January 1973.  Jack Wasserman of the CBC talked about the Barrett portrait and said that the photograph had been taken by staff of Beautiful British Columbia magazine who had rushed over to Barrett’s house after the surprise election of the NDP.  Barrett was apparently in his shorts but pulled on a shirt, sports jacket and tie and posed in front of a painting, created by his wife Shirley.  In “Barrett, a passionate political life” by Dave Barrett & William Miller published in 1995, Barrett notes that the photograph was taken by Gar Lunney and confirms that it was taken early in the morning after the night of the election, and that he was hung-over and in his underwear.

The photograph on our website, E-03014, is a black and white copy.  It was given to the BC Archives around 1974 by a Mr. Protheroe.  I don’t know if we have the original colour negative but anyone visiting the Legislative Assembly buildings can see and enjoy the colour portrait hanging in the hall of Premiers.

UPDATE APRIL 2016.  I am happy to report that I have located the original colour print, given to the Archives by Mr. E. Protheroe (probably civil servant Ernest Protheroe).  Our photographer Shane has made a beautiful copy of it so I have reloaded the colour image in our Atom catalogue, still under photo reference number E-03014. 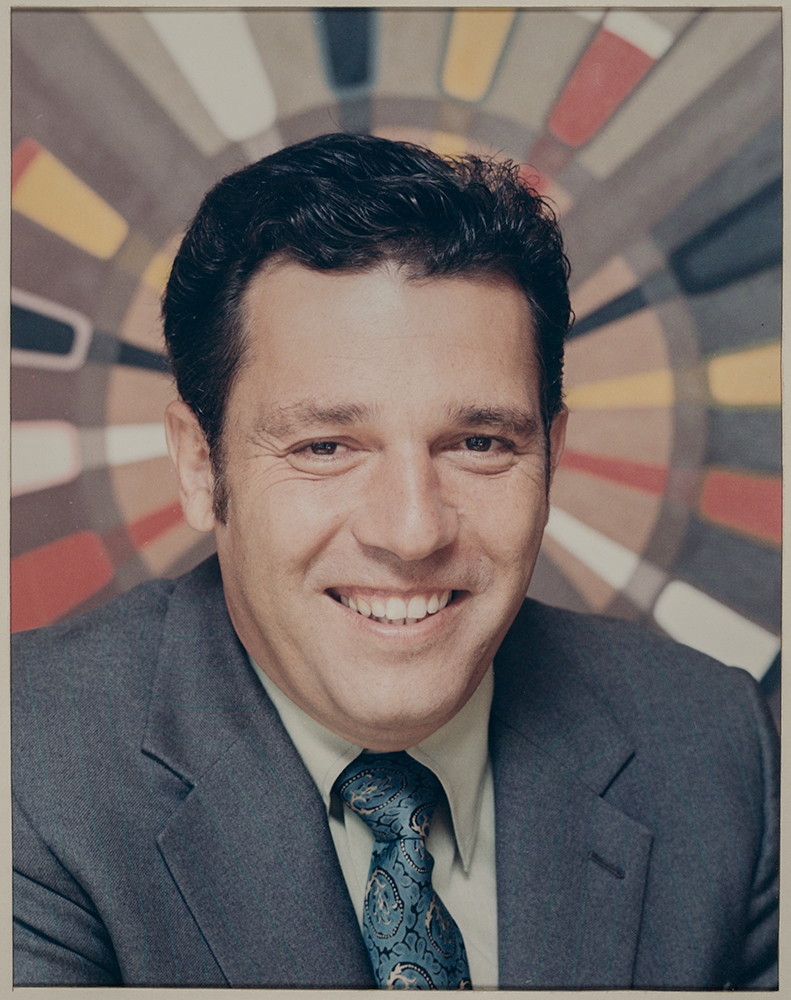