Office of the Apes

Sometimes I’m lucky enough to come across bizarre files that provide lots of scope for speculation.

I’ve spent a lot of time with a series of government photos called “Film and photographic branch travel industry and tourism photographs” described as GR-3425.  This series, which consists of over 56,000 prints, negatives and slides, was created by Government between 1943 and 1985.  Staff photographers were responsible for creating images to meet any kind of government need from travel brochures to annual reports to publicity shots.  The photographs were catalogued and used in a variety of ways and eventually ended up as a large photo bank or image library managed by the Government Information Services.  When the GIS dissolved in 1988, the photographs were transferred to the BC Archives.

Because we want to preserve the negatives and colour slides, we’ve had to painstakingly remove the negatives from each file, rehouse them into acid free envelopes and record the photograph number on each one.  This job has taken four years of staff time as well as using the partial services of interns, co-op students and contract staff.  There are multiple “runs” of numbers, each with their own meaning and as always with large groups of records; there are the unclassified miscellaneous photographs that we tend to file at the end of the run.

One of these unclassified miscellaneous files in container 002340-0491 is called only “Mr. Gallardi’s chimp, 3/57”.  Mr. Gallardi refers to Dept. of Highways Minister Phil Gaglardi.  Inside the envelope are four black and white prints, their accompanying negatives have been carefully rehoused. 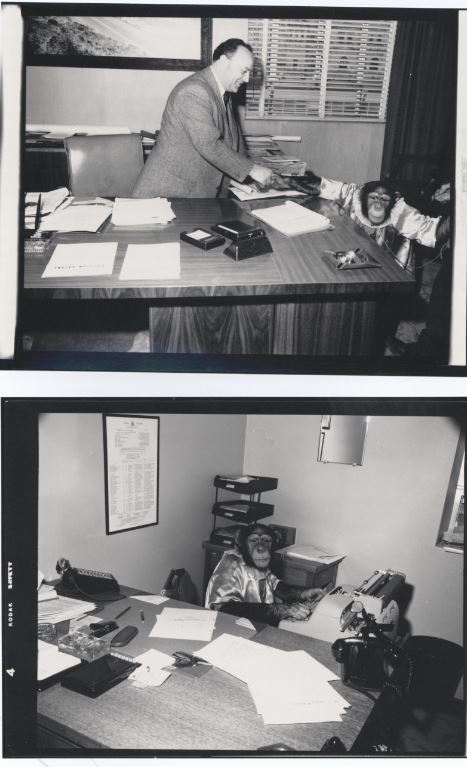 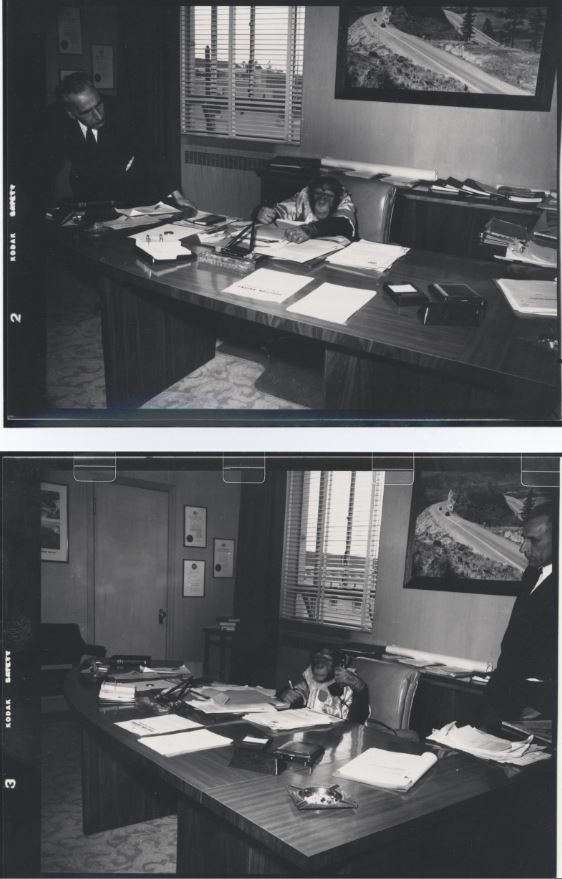 All we know is that the setting appears to be Gaglardi’s office in the Legislative buildings and that the photographs were taken in March 1957 by a government photographer.  After that we can only speculate….