My first emails regarding Wall Lizards in the Hillside Mall area came from 2009, and a report of lizards near Gosworth Road on Westall Avenue. Certainly there are plenty more now than the 5 originally sighted. This Hillside population is about 0.6 km from my house. It’ll be interesting to see how fast they spread in urban areas – especially with these nice warm summers. I can’t say this is entirely undesirable – I really enjoyed spiny lizard hunting while on holidays in the southwest USA – and now I get to find lizards within minutes of home. Sure it is work, but it is fun work – and a great way to spend a sunny Sunday afternoon. 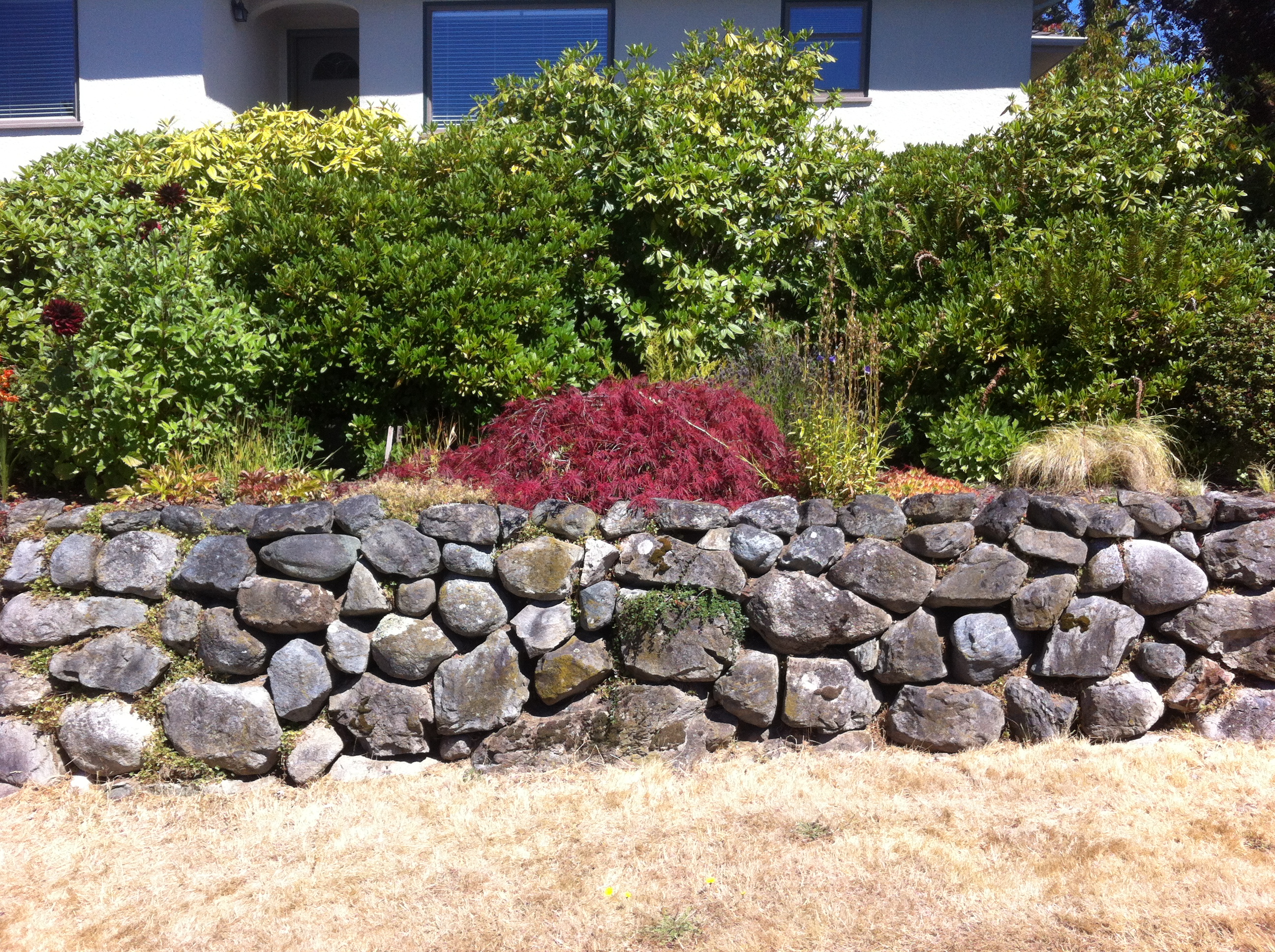 A perfect rock wall for lizards – the cracks and crevices allow easy escape routes and retreat from frost in winter.

On Monday I got back to my office to write up the weekend’s exploration, and received an email reporting several Wall Lizards also in the Fairfield area along May Street. As a result, I decided to take the day and walk in the mid-day sun around Moss Rocks Park in Fairfield, and see if I could find the limits to the range of the Wall Lizard in that area. I walked from the Royal BC Museum through Cook Street Village to May Street, and kept my eyes open the whole way. Three lizards were sunning themselves on a rock wall at the first house on May Street, just east of the Moss Street intersection. I continued along May Street, and every house with a rock wall had lizards, and not one or two, but 8 to 10 lizards per yard – and this is just the rock walls bordering on the street. I did not venture onto any private property – and I am betting the back yards also were crawling with lizards. 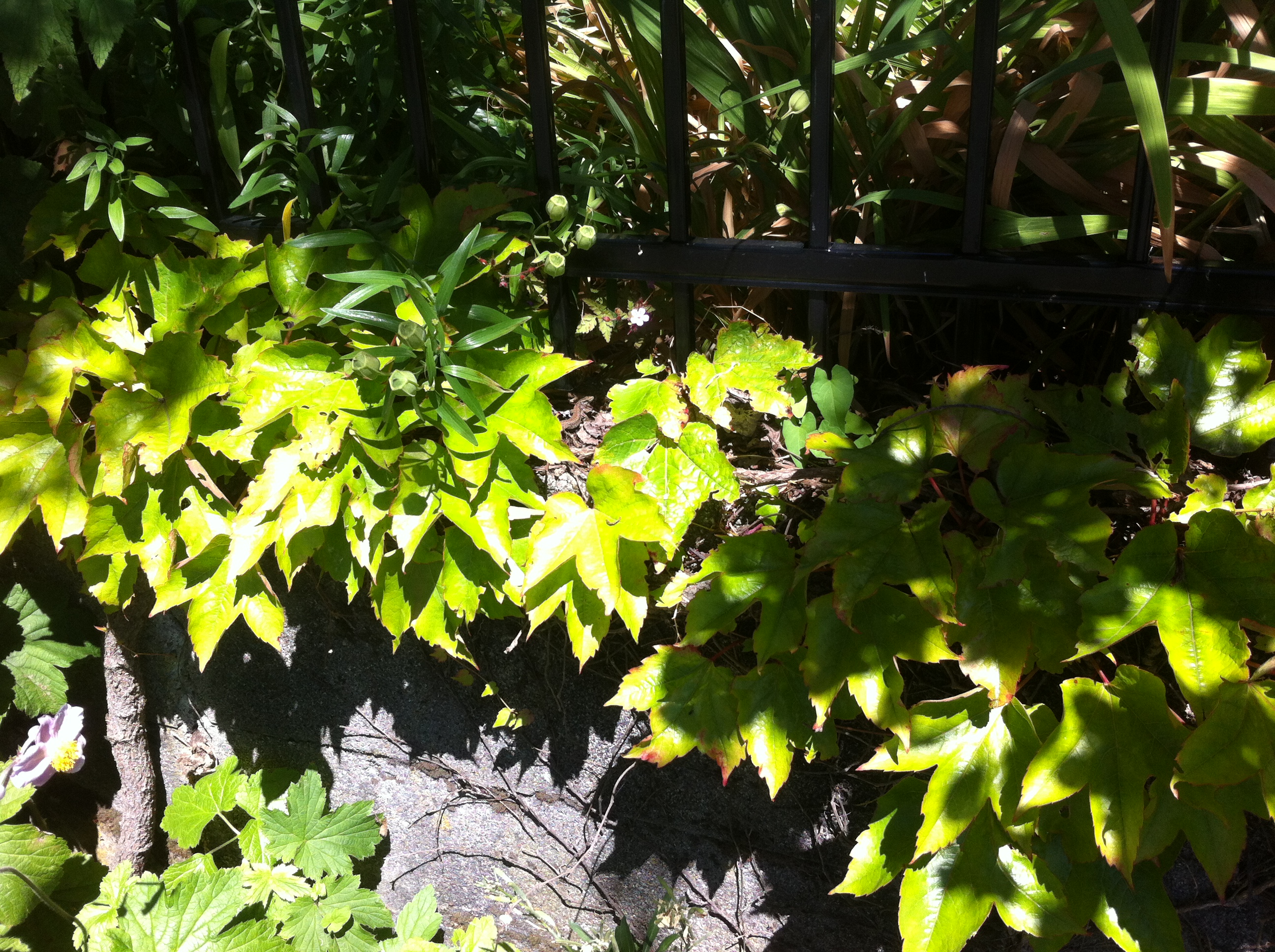 The first report I got of wall lizards at Faircliff Lane in Fairfield dates back at least 7 years and obviously it was 100% accurate. Although back then the population was at such a low level, that I failed to find lizards despite crawling all over Moss Rocks and looking along May Street. Not so anymore – residents I chatted with along May Street say that these lizards appeared about 10 years ago, and the population exploded in the last 5 years. They certainly have spread out from fairly natural rock outcrop at Moss Rocks Park, to a range of gardens in the area. I am betting the gardens are far more favourable with the readily available water supply all summer. The population increase must relate to the probability of males finding females. Early in colonisation it must be hard for lizards to find mates, but today they probably get 2 clutches of eggs a year given how many lizards are present. This nice warm summer certainly helps them along. 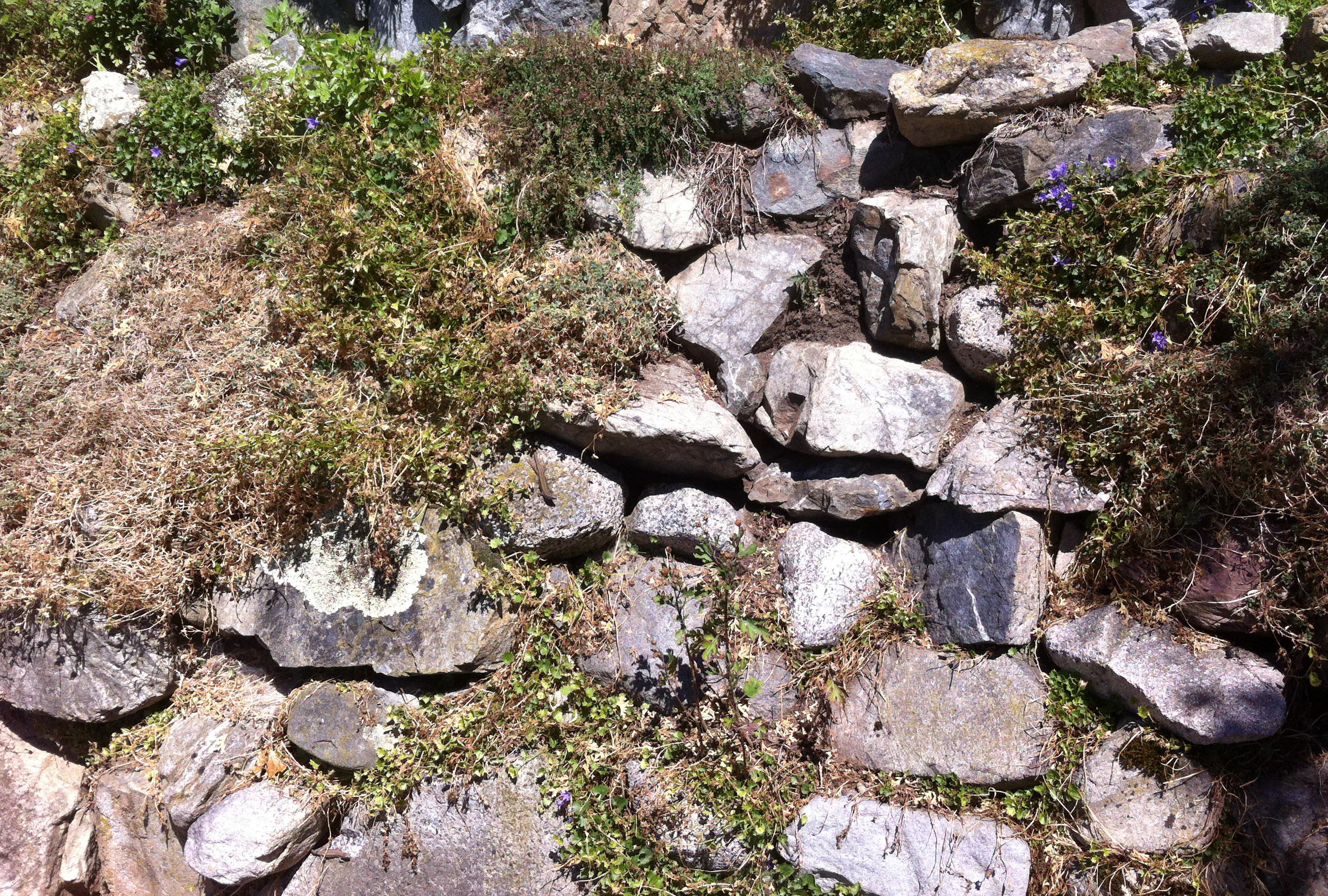 I found a recently-hatched one in leaf litter at 1352 May Street, and some home owners said their yards are full of hatchlings this year. To try get an idea of the southern limit to the population, I walked along the south side of May Street and found only a few lizards had crossed over – especially at 166 Elberts Street where a rock wall and water garden provides fantastic lizard habitat. I am betting this is the staging point for future invasion south towards Ross Bay. I didn’t check the Ross Bay Cemetery, but there were plenty of lizards along rock walls on Memorial Crescent. I did not find lizards farther south towards the water – but I only took a quick look at front yards in the area and chatted with a few homeowners. 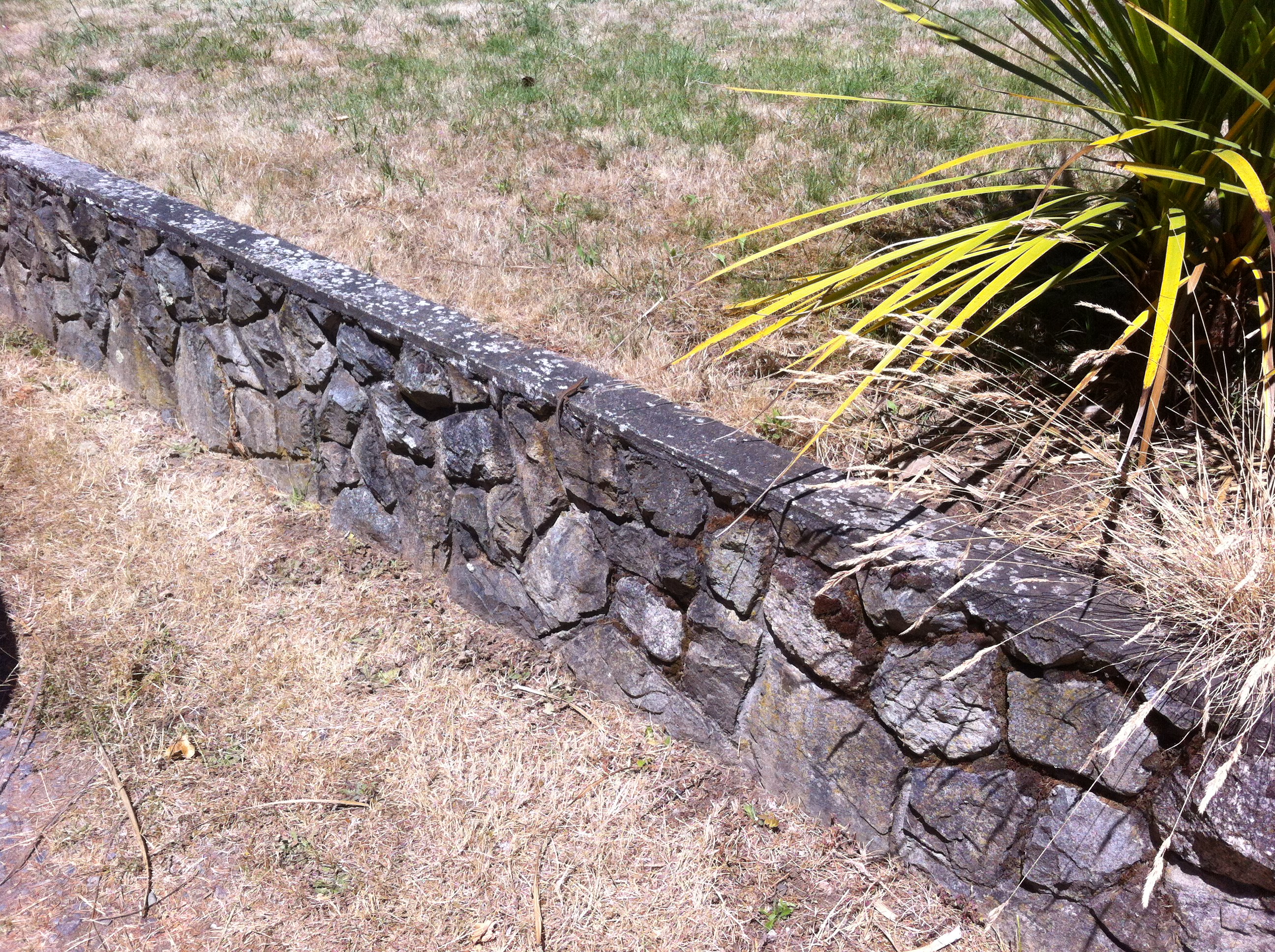 On the north side of the Moss Rocks area, many gardens are cool and shaded (which was nice after walking in the sun for hours without a hat (I did bring water though). I am not completely mad…  What is the old song? “Only mad dogs and Englishmen are out in the midday sun”. That works, I was born in West Bromwich. The cool north side gardens along Fairfield Avenue seem to lack Wall Lizards. 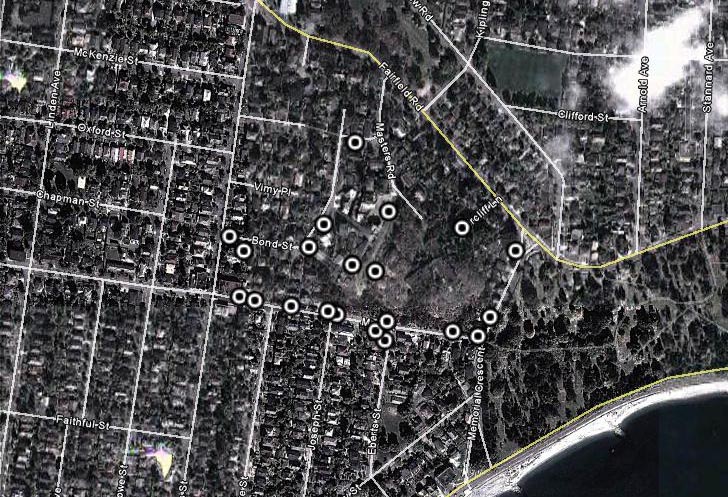 I also walked up most streets ranging into the Moss Rocks area and found lizards everywhere. Lizards live on top of Moss Rocks, at Lillooet Heights, and at several places along Windermere Place, and a few can be found along Bond Street. Residents on Bond Street said they saw their first lizard about a month ago, so perhaps this is the leading edge of the species invasion. I looked but didn’t see any lizards west of Moss Street. 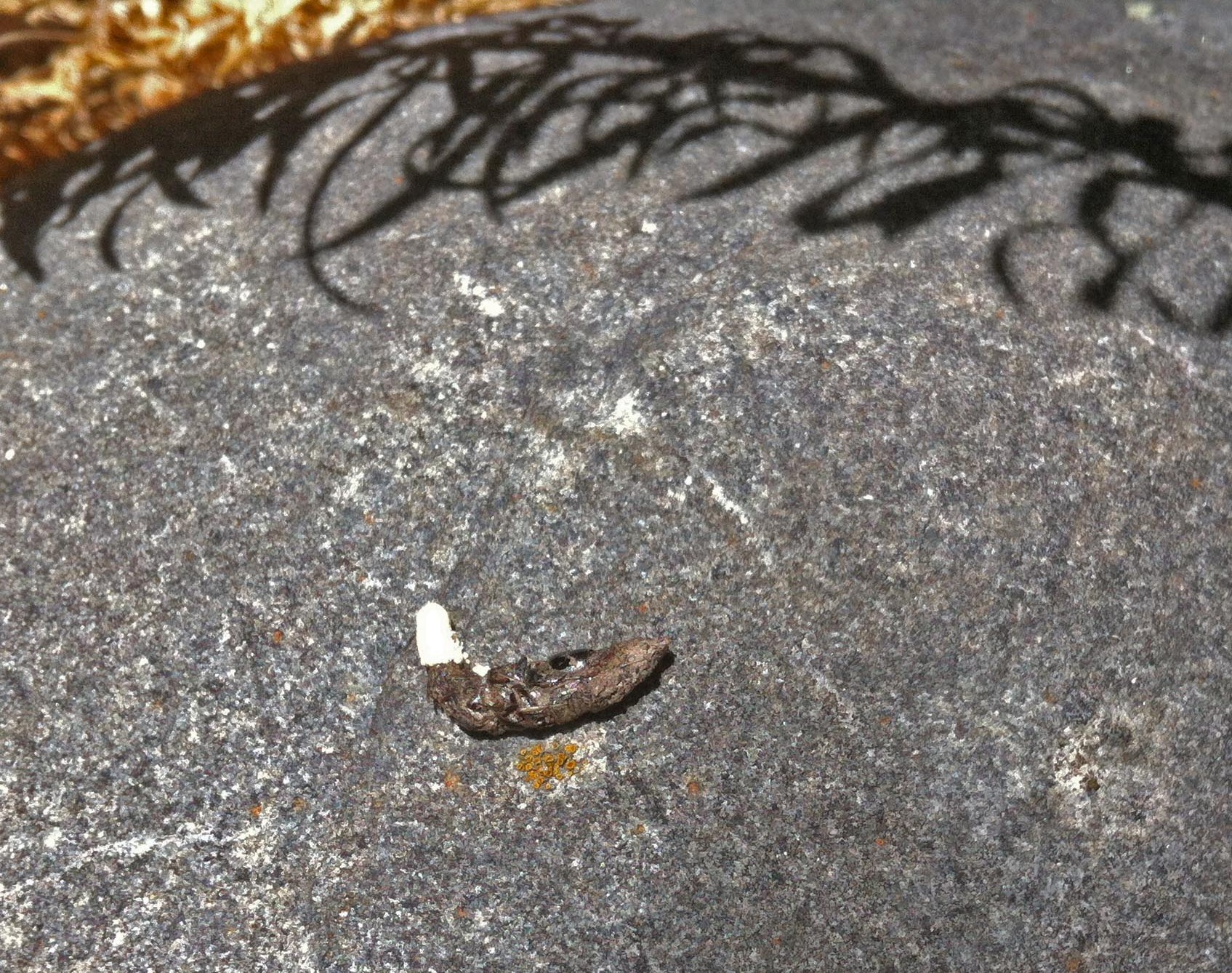 Lizard poop may be another way to detect the presence of lizards in your yard.

This population shows the potential of these lizards to spread in urban environments. I saw plenty of crows, a Cooper’s Hawk nearly parted my hair as it flew over, and there we loads of domestic cats running around – yet European Wall Lizards have gone from a few individuals about 10 years back, to hundreds (or thousands?) today. We probably can expect the same for the Hillside Mall population since South East Cedar Hill is nice and sunny. 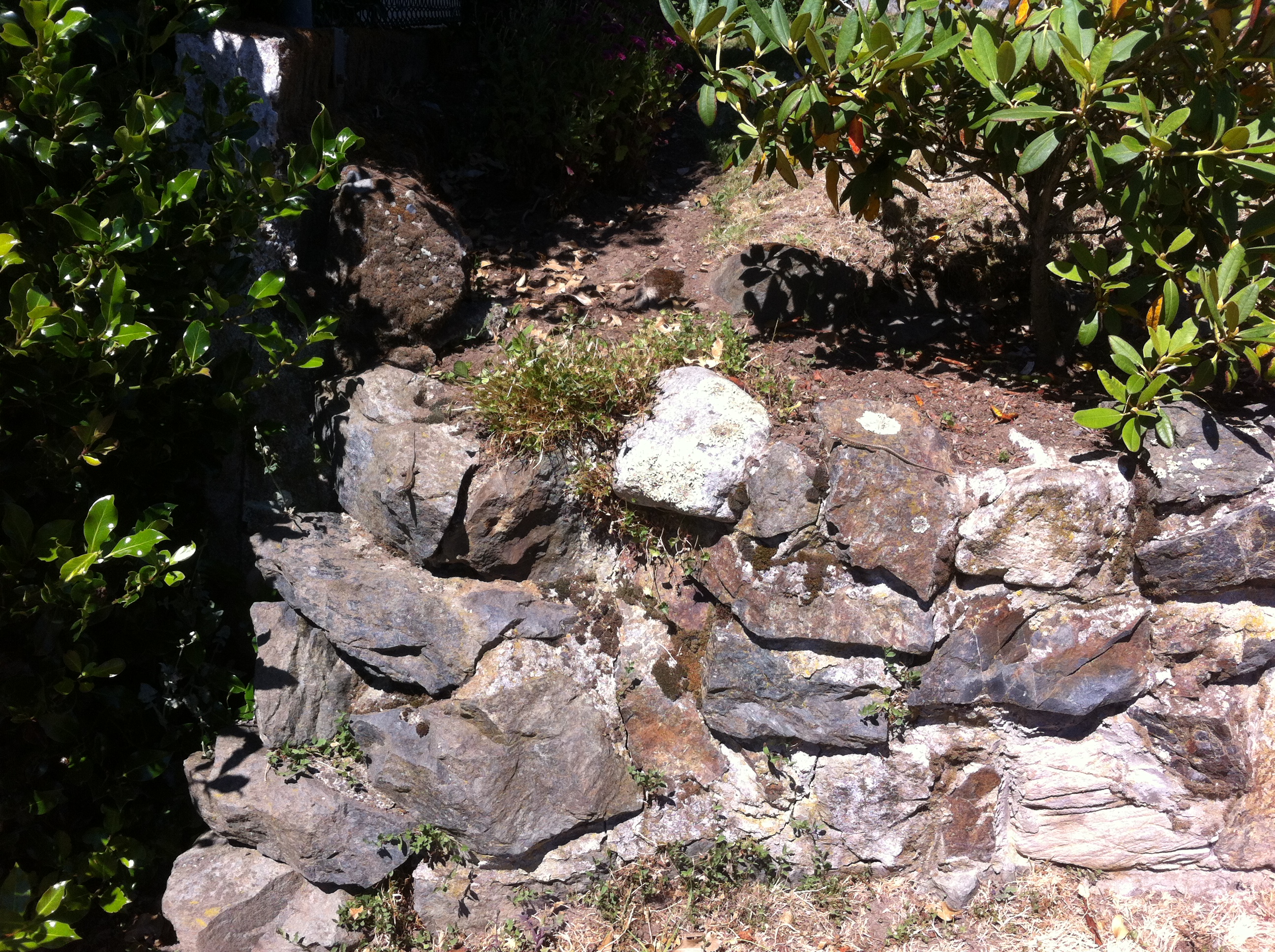 How did these satellite populations begin? Who knows. Someone could have released lizards to populate their yard intentionally (that is illegal by the way), some pets may have gotten loose (it probably is illegal to keep them live as pets), or perhaps the lizards were stow-aways in gardening supplies from further up the Saanich Peninsula. The first lizards all could have been from a clutch of eggs in a potted plant – it would be easy to transport plants with buried eggs and you’d never know until hatchlings scrambled out and made themselves at home in your yard. Perhaps one gravid female was transported accidentally and she deposited her eggs in some sheltered spot. We’ll likely never know.

This local invasion of lizards commenced without any media attention. Some residents thought the lizards were salamanders, and most people I spoke to had no idea the Wall Lizard was originally from Europe. A few knew this was the same species as found farther north in Sannich. Most asked me whether Wall Lizards have an adverse impact here in town. My answer? I doubt they will impact much here in Victoria – the original ecosystems have been all-but-destroyed by urban development. However, thousands of lizards will need thousands more crawling insects and spiders as prey and probably occupy a niche left vacant when Northern Alligator Lizards vanished from this region. I am sure homeowners won’t lament the loss of ants, flies, beetles and spiders. Perhaps these lizards also will take feline predator pressure off our native birds. At a different level, the lizard’s insectivorous diet also may reduce the need for pesticides in the region. Maybe their colonisation of disturbed habitat is a good thing.

Again, if you see these lizards in your yard, please contact me at the Royal BC Museum at:  ghanke@royalbcmuseum.bc.ca

Or click on the email link on the following RBCM page.