Recording the War in the Woods 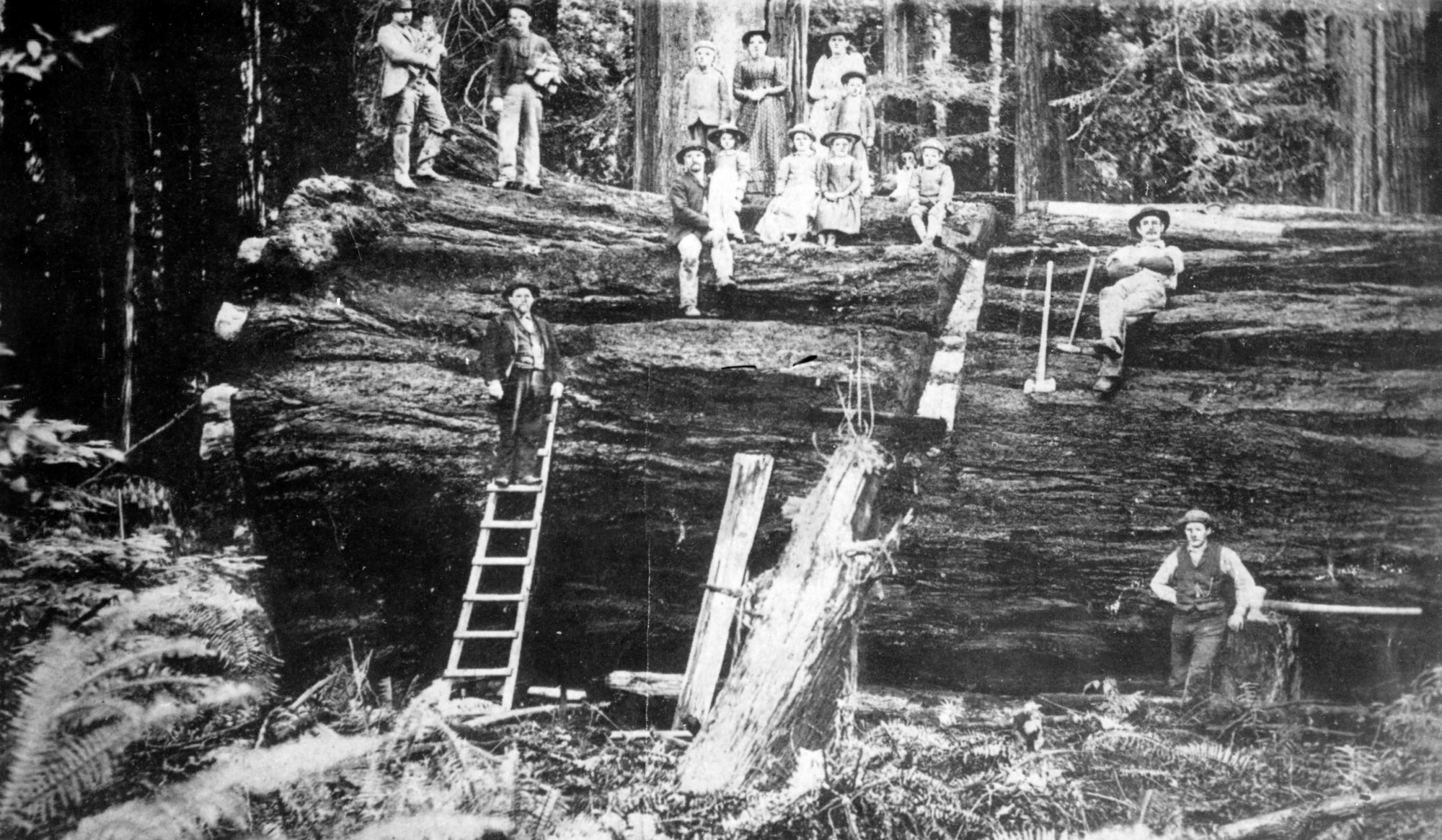 As a government records archivist, I process a lot of records related to land or resource use, and specifically forestry records. Since the beginning of British Columbia’s colonization, forestry has been a major part of the province’s economy. After over 150 years of industrial logging, the majority of the province has been disturbed by some kind of industrial activity, leaving an estimated 2.7% as productive old growth forest today.

Most land in the province is Crown land controlled by the provincial government. Crown land and resources—in this case timber—are leased or licensed to forestry companies to use. These agreements are generally referred to as timber tenures and can include a variety of uses, lengths of time they are valid for and other required management practices.

Managing all these resources has created a huge amount of government records. Many of these are now kept by the BC Archives for government reference and historical knowledge, and so that the public can hold its government accountable. I recently processed a series of records related to forestry in the Clayoquot Sound area, now part of GR-3659.

GR-3659 documents a type of timber tenure referred to as a Tree Farm Licence (TFL). Most of western Vancouver Island is covered by a handful of TFLs. TFLs provide a forestry company with almost exclusive rights to harvest timber and manage forest in a certain area for 25 years. Every 5 years, companies are required to create detailed plans outlining how they will manage the land and resources within the TFL area.

Working with the records in GR-3659 got me thinking about a related historical event—the 1993 Clayoquot Sound protests, also known as the War in the Woods, which occurred primarily on TFL 54 and TFL 57. So, I took a look at some of the other records that document it. 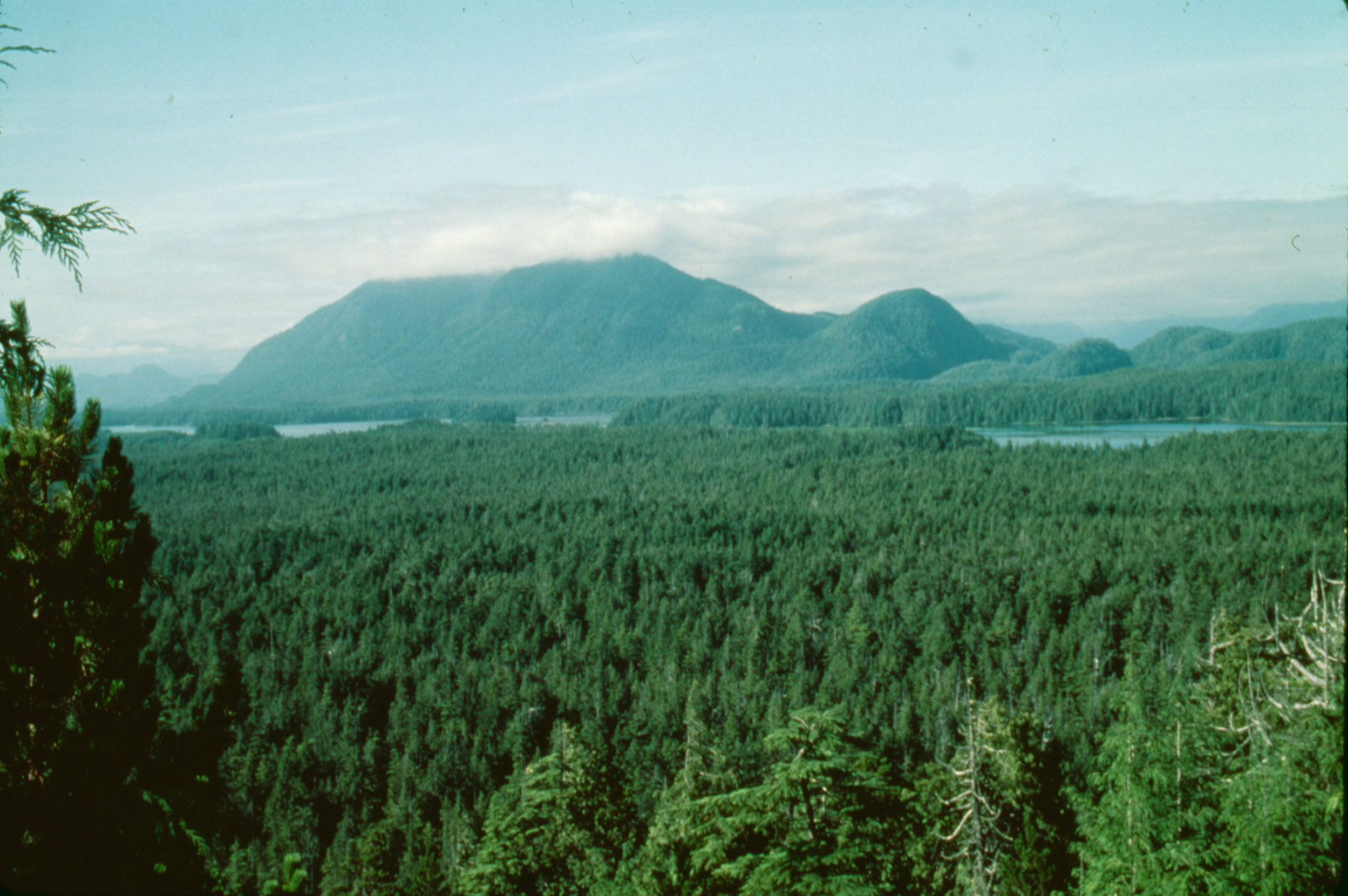 A few months later, in April 1993, Cabinet passed the Clayoquot Sound Land Use Plan, but it was widely contested. The government’s lack of consultation with local First Nations and the large area of old growth forest available for clear cutting resulted in protests that spread around the world. Protest camps and blockades were set up to prevent logging, in defiance of court injunctions. Police attempts to enforce the injunction led to over 800 arrests. Thousands of people protested over the summer of 1993, making it possibly the largest event of civil disobedience in Canadian history.

Ultimately, the government was able to reach a consensus with the Nuu-chah-nulth First Nation, whose traditional territory includes Clayoquot Sound, and new land use plans were developed. This also led to the creation of Iisaak, a new First Nations owned logging company operating in the area (some of their records are in GR-3659), and the designation of Clayoquot Sound as a UNESCO Biosphere Reserve. 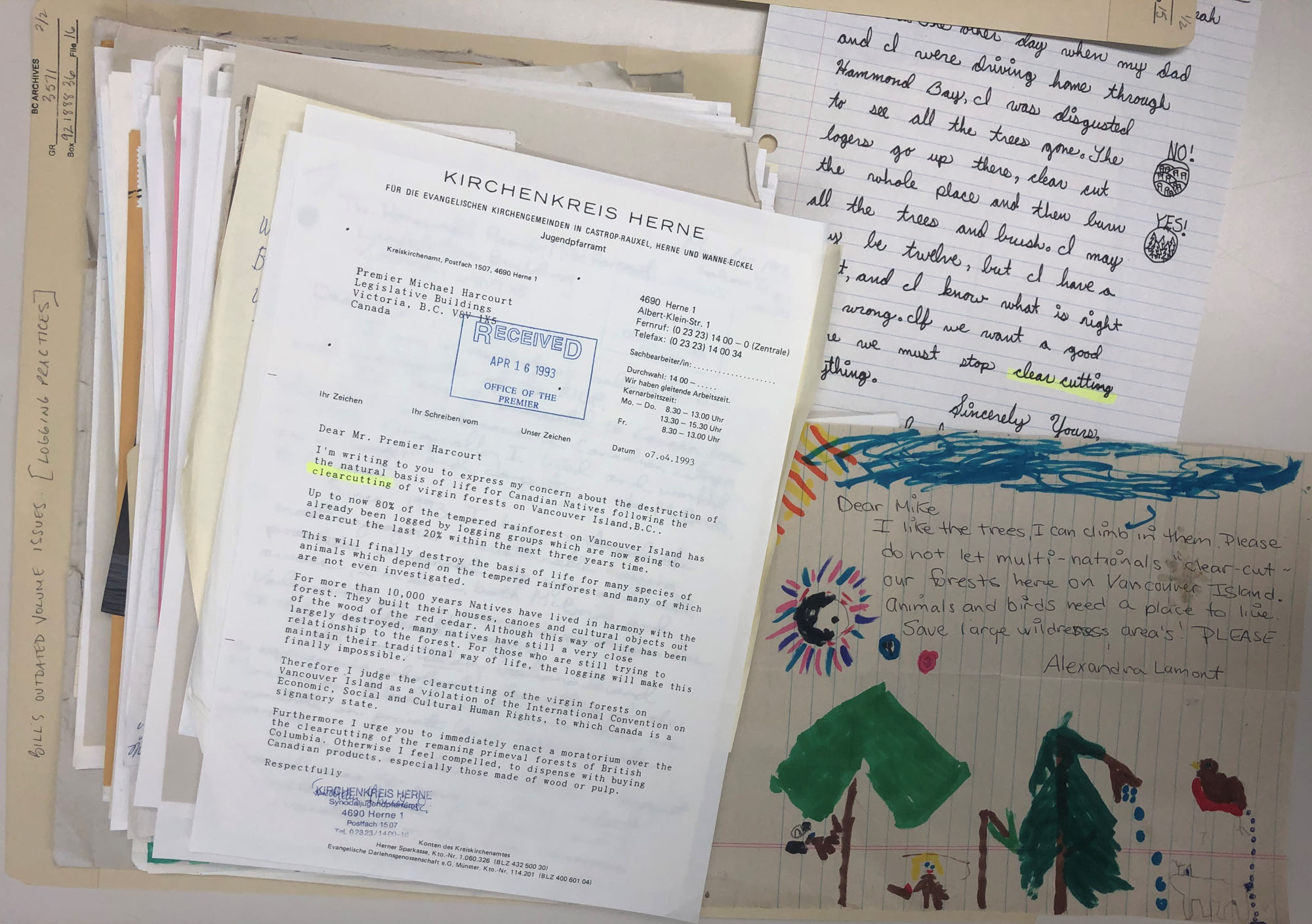