Wild nibbles make a pleasant treat while hiking in the bush. Most often the tasty treat con­sists of berries of one sort or anoth­er, but the occasional green pro­vides a refreshing chew. Mountain sorrel (Oxyria digyna) can spare a leaf or two for the adventurous alpine wanderer.

This delightful hardy herb grows from the top of a tenacious stout tap root. Fleshy, kidney-shaped leaves arise on leaf stalks attached to a short erect stem. Leaf blades range from 1-5 cm (0.4-2”) wide, their stalks 4-8 cm (1.6-3.2”) long. Normally they are coloured bright green but may turn greenish red  as the season advances or in really tough sites. There is usually also a single leaf on the stem. The leaves have a sour, but refreshing, acid taste, hence the botanical name Oxyria derived from Greek the word “oxys” which means sharp. 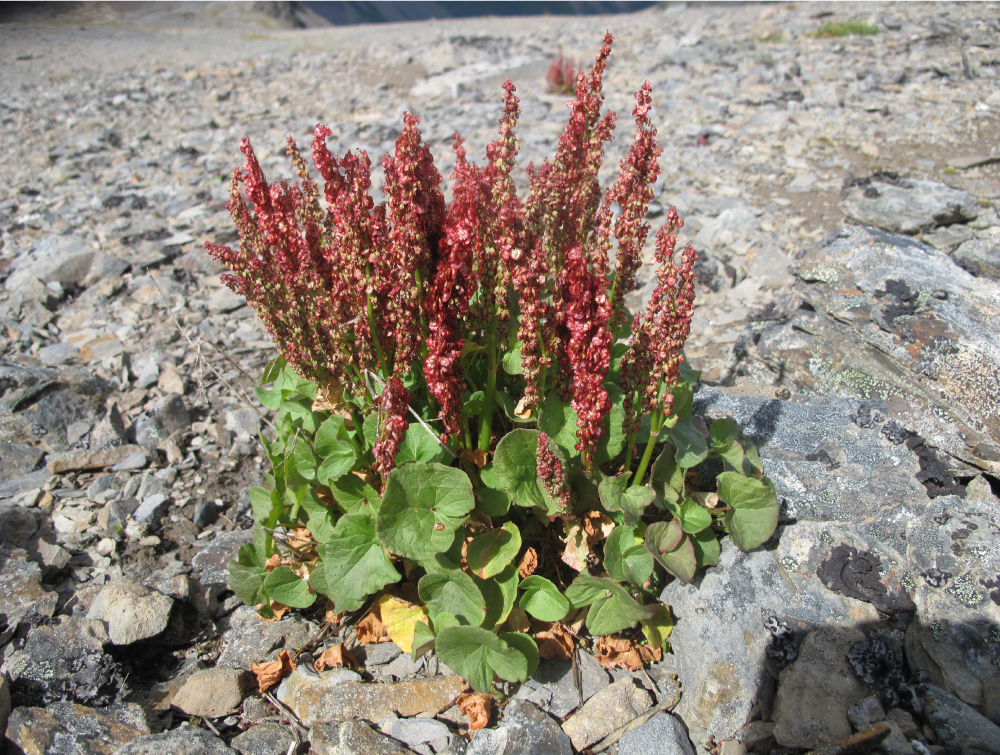 Like all members of the Buckwheat Family (Polygonaceae), mountain sorrel has small hard- to-see flowers. They cluster irregularly along a 10 to 60 cm (4-24”) tall, narrow flower stalk. Each green to reddish flower consists of four tiny “petals” joined at the base. Two of the petals are keeled, the other two are not. Inside the flowers reside six sta­mens and a two-parted pistil. Flowers appear from June to August accord­ing to elevation and latitude. At maturity, the fruit is broadly winged, turning a showy reddish purple. The fruit is mostly translucent and literally shines when the sun’s light passes through it.

Mountain sorrel ranges through­out the mountains of British Columbia and Alberta, south to New Mexico and California, and north through Alaska and the Yukon and across the Arctic.  It also inhabits most of the mountains of Asia and Europe. In our province, moun­tain sorrel thrives in alpine scree and rock crevices and can be found in suit­able habitats on almost every high mountain, to the elevation where no other plants can survive.

Surprisingly this delightful little moun­tain nibble will grow in lowland rock gar­dens. It needs a relatively moist gritty run for its root and full sun. In our coastal lowlands mountain sorrel probably needs to be sheltered from full scorching mid-day heat. Plants are best raised from seed sown carefully in the site where it is to grow. Sow the seeds in very stony and moist, but not rich, soil. 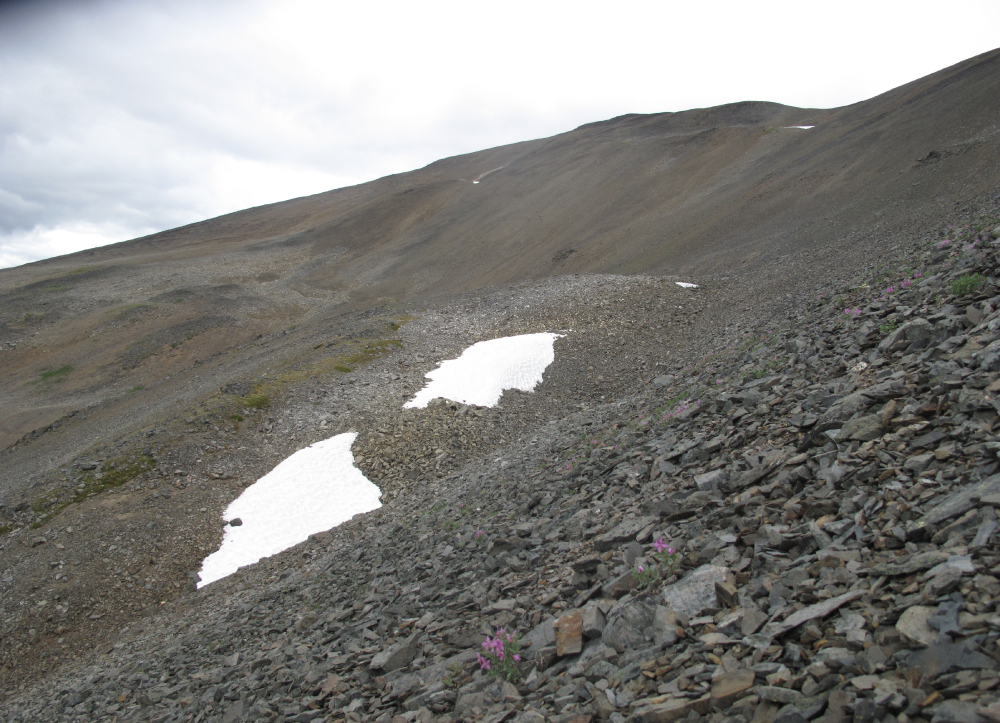 Okanagan First Peoples ate fresh raw leaves, but never too many at a time because the oxalic (sour) acid in the plant can be harmful if taken in large quantity. This sorrel contains abundant Vitamins A and C and was used against scurvy in Europe. Like other wild and cultivated sorrels it was widely cooked as a pot herb. A few leaves add a spritely bite when mixed into a salad.

This amazing plant has an incredible story to tell about the glacial history of our province. Studies of the chloroplast DNA by Royal BC Museum and University of Victoria reveal that the genetic makeup of the alpine herb in BC is surprisingly diverse. Within BC, the high diversity and the occurrence of ancient genetic forms suggest that high elevation mountains in the north escaped the last glaciation, contrary to widely accepted thinking.

Mountain sorrel is hardy to zone 0 in Canada. In fact,it is pretty much the hardiest of all plants in the world.

*Originally published in the Winter 2014 issue of What’s inSight Magazine.