Traditional garden plants often have substitute native species, often hardier, less invasive and easier to manage. The native tall Oregon-grape (Mahonia aquifolium) is an excellent alternative to many cultivated shrubs for mass bedding for example. With a few exceptions, native perennials have yet to replace imports or join the display in more formal settings. Woolly sunflower (Eriophyllum lanatum) is a multi-use native prospect for British Columbia and the west coast of North America. 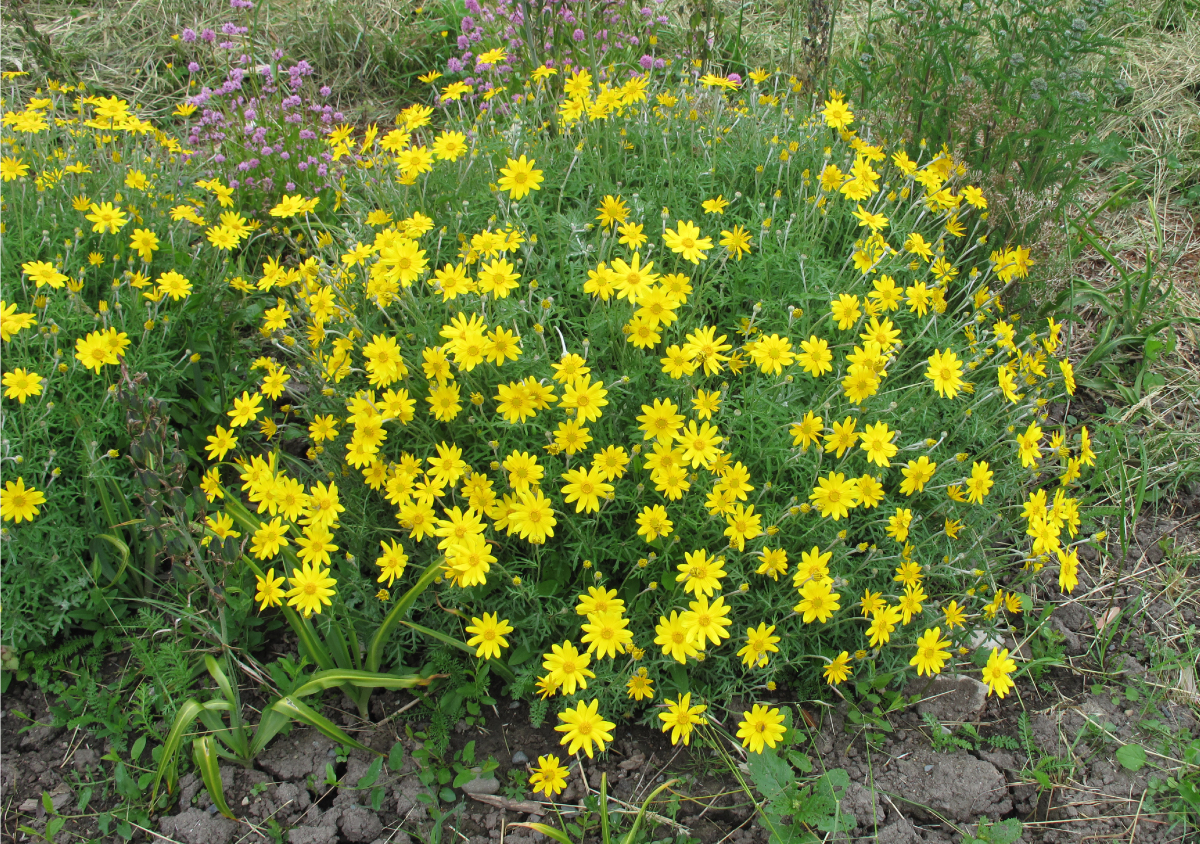 Buttery yellow blooms, 5 cm (2”) wide, face brightly upwards like miniature sunflowers. As is typical of the Aster Family (Asteraceae) the flower is actually a flower head of numerous florets. The rays or outside flowers have narrowly oval petals 1-2 cm (0.4 -0.8”) long. About 8-13 of these frame a disc of tightly-packed inner florets without the showy rays, just as you find in a typical garden marigold. Flowers are borne singly on long stems rising well above the silvery blue foliage. Flowers appear from early May to August, generally in June in southwest BC.

Woolly sunflower populates relatively dry open habitats such as bluffs and rocky slopes, largely being confined to low to mid elevations. In BC, it ranges along the coast southward from Vancouver Island and the adjacent mainland, and inland to the Fraser Canyon with a population in the southern Interior. In the United States, the range extends well into California and eastward to Montana and Wyoming. The inland occurrences of woolly sunflower suggest a strong potential for BC interior gardens.

This marvellous plant has several garden uses. First, it thrives in the dry and sunny rock garden, even on poor stony soil. Although it may take a year or two, your plants will become established, persist, and flower from year to year. A patch placed in raw subsoil mixed with gravel has grown for more than 15 years at the Royal BC Museum Native Plant Garden. I have spread it widely along my driveway where it thrives! Woolly sunflower grows well in pots too, as a perennial surrounded by annuals planted freshly year after year. April Pettinger and Brenda Costanzo in their excellent book Native Plants in the Coastal Garden recommend woolly sunflower for shoreline plantings, use in repeated drifts, and in containers. They also note its resistance to deer. 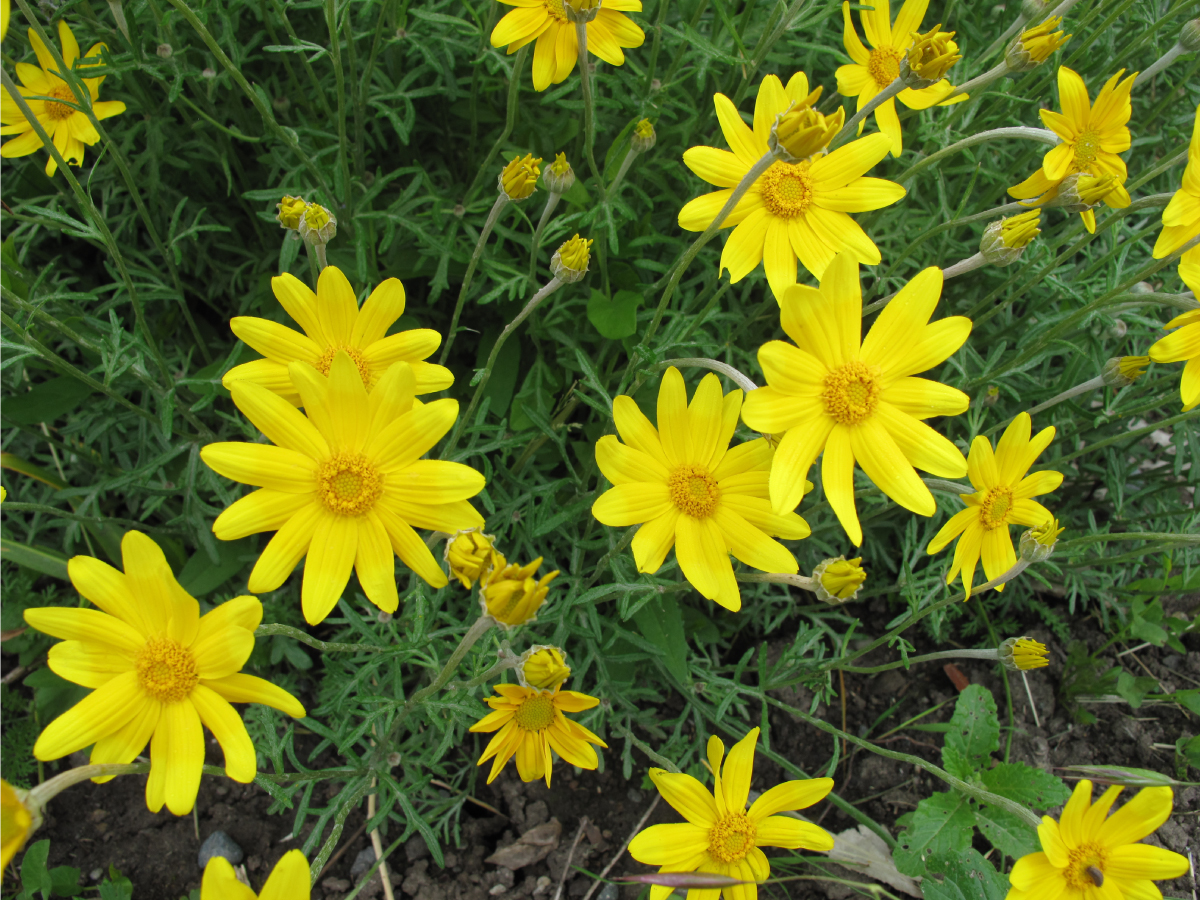 Woolly sunflower is grown in many native plant nurseries especially in the western United States and is known even in Europe. You can propagate it by root cuttings in late winter, seeds sown in fall and crown divisions. I multiply my woolly sunflowers by pulling out rooted stems or digging out small plugs at almost any time of the year and replanting. Once in while pull out invading grasses and other weeds from the spreading mats.

The First Nations people of the Thompson River region knew this species as either yellow flower or as “friend or relative” of the much larger and related Balsamroot (Balsamorhiza sagittata). In Washington State, dried flowers were used as love charms and the leaves could be rubbed on one’s face to prevent chapping.

Eriophylllum lanatum is also known as Woolly Eriophyllum and Oregon Sunshine. In Canada it is hardy to Zone 5 meaning it likely will grow in many gardens throughout the south.

Take a chance on the wild side and try growing woolly sunflower in your garden. Experiment with it as a replacement for silvery-leaved ground covers and enjoy the annual display of golden blooms.