My favourite invasive species is still on the move. It is August 24th, 2015, and I just received photos confirming the presence of European Wall Lizards at Shawnigan Lake, British Columbia. A few weeks back, I was chatting with Rod Park, a cameraman with CHEK news. He said he had lizards at his house in Shawnigan Lake. The behaviour he described sounded suspiciously like that of the Wall Lizard. Alligator Lizards (our native lizard on Vancouver Island) are far more secretive and not so likely to be found in numbers in urban environments.

Today I received photos taken by Rod’s son Sterling, and even though the lizards did not cooperate – the photos are certainly good enough to show that they do indeed have European Wall Lizards. The lizards appeared about a year ago, and now sightings are a regular occurence. This is typical – one or two lizards reproduce, and the population explodes to 50 or more lizards in a few years. Some gardens on the Saanich Peninsula have hundreds of Wall Lizards – this species is highly invasive.

Who knows how they made the jump to Shawnigan Lake – as eggs in a plant pot? Adult stow-aways? Intentional release? We may never know. This record certainly is a surprise – there are a few records from Mill Bay, but none as far west as Shawnigan Lake. Please be careful when moving hay, horse trailers, plants and soil – you never know what else you are carrying. Wall Lizards don’t need any more help – they have gone far enough. 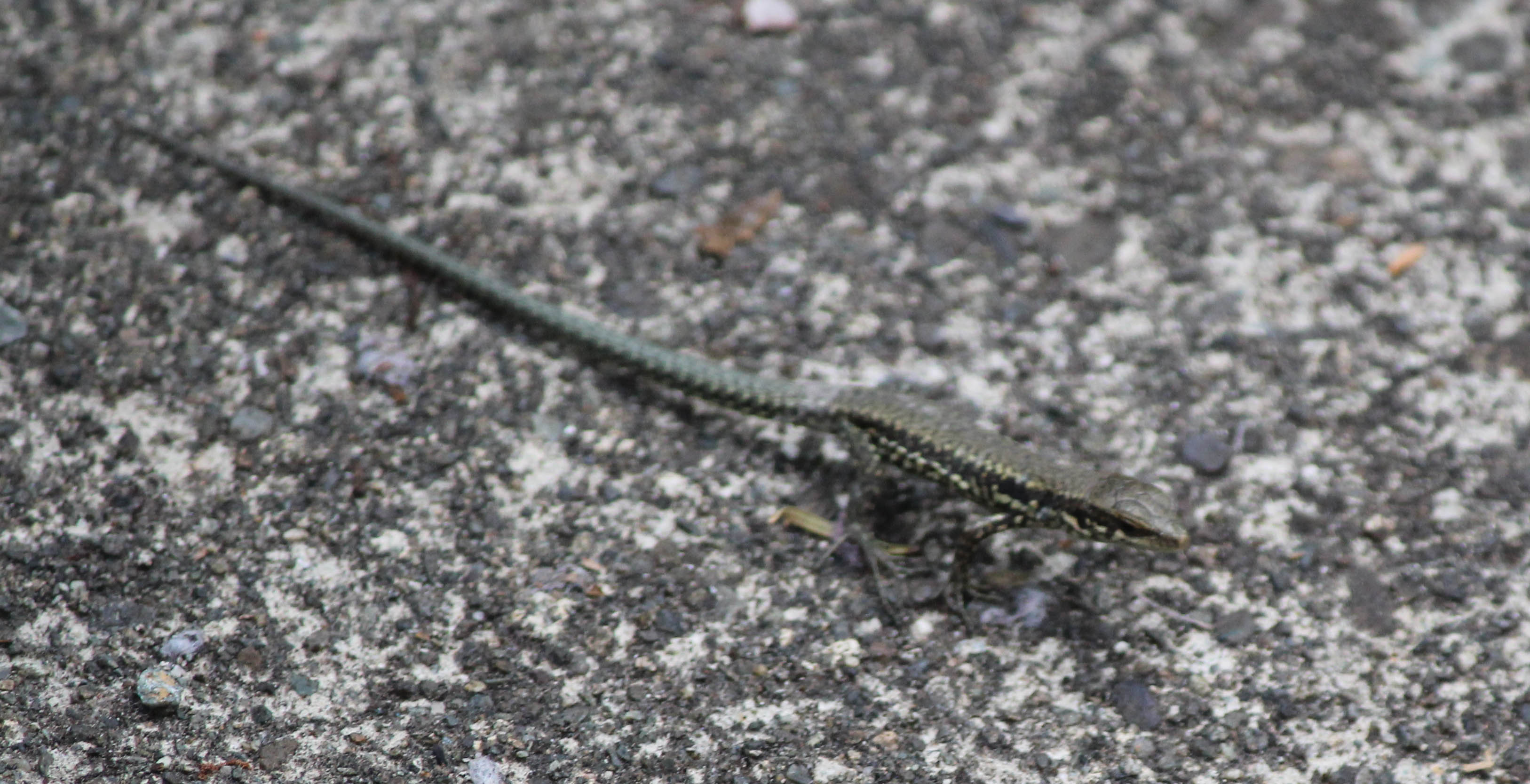 Anyone reading this in the Shawnigan Lake area — please email any sightings to me here at the RBCM so we can keep tabs on the rate of spread in your region. This summer we also had our first record in North Vancouver, and so I wonder where they are next to appear? This species could spread far down the Pacific coast and disturb native wildlife as it spreads. Wall Lizards are an unwelcome addition to our fauna and there seems to be no way to eliminate them from Vancouver Island now.

Since they are cannibalistic, I could imagine they’d have no problem eating (or at least killing) hatchling Sharp-tailed Snakes and Sharp-tail Snake eggs, or newborn garter snakes. They probably can eat newborn Northern Alligator Lizards, and every sunny day, Wall Lizards in BC must eat hundreds of thousands of insects and spiders. The unique place we call British Columbia is being hit hard by exotic species. You can make a difference. Help prevent the spread of these invasive lizards.