Recent range records for British Columbia’s marine fishes were based on deep-water surveys, from fisheries observers and the commercial fishery, but it is unlikely that these fishes represent northward movement due to warming climate. Deep-water fishes were captured in samples ranging deeper than 1000 m where temperatures remain cold.

In contrast, the RBCM just received two warm-water fishes – a Finescale Triggerfish (Balistes polylepis) and Louvar (Luvarus imperialis). These two species are known to range north in the eastern North Pacific Ocean during El Nino events and other warm periods, with the Triggerfish straying as far north as Metlakatla, Alaska. My predecessor, Alex Peden found Louvar in Washington, just short of the Canadian Exclusive Economic Zone and suggested that Louvar should stray into Canadian territory. Neither species has been found in BC until now, even though Brian Coad of the Canadian Museum of Nature suggested Louvar are known from British Columbia. 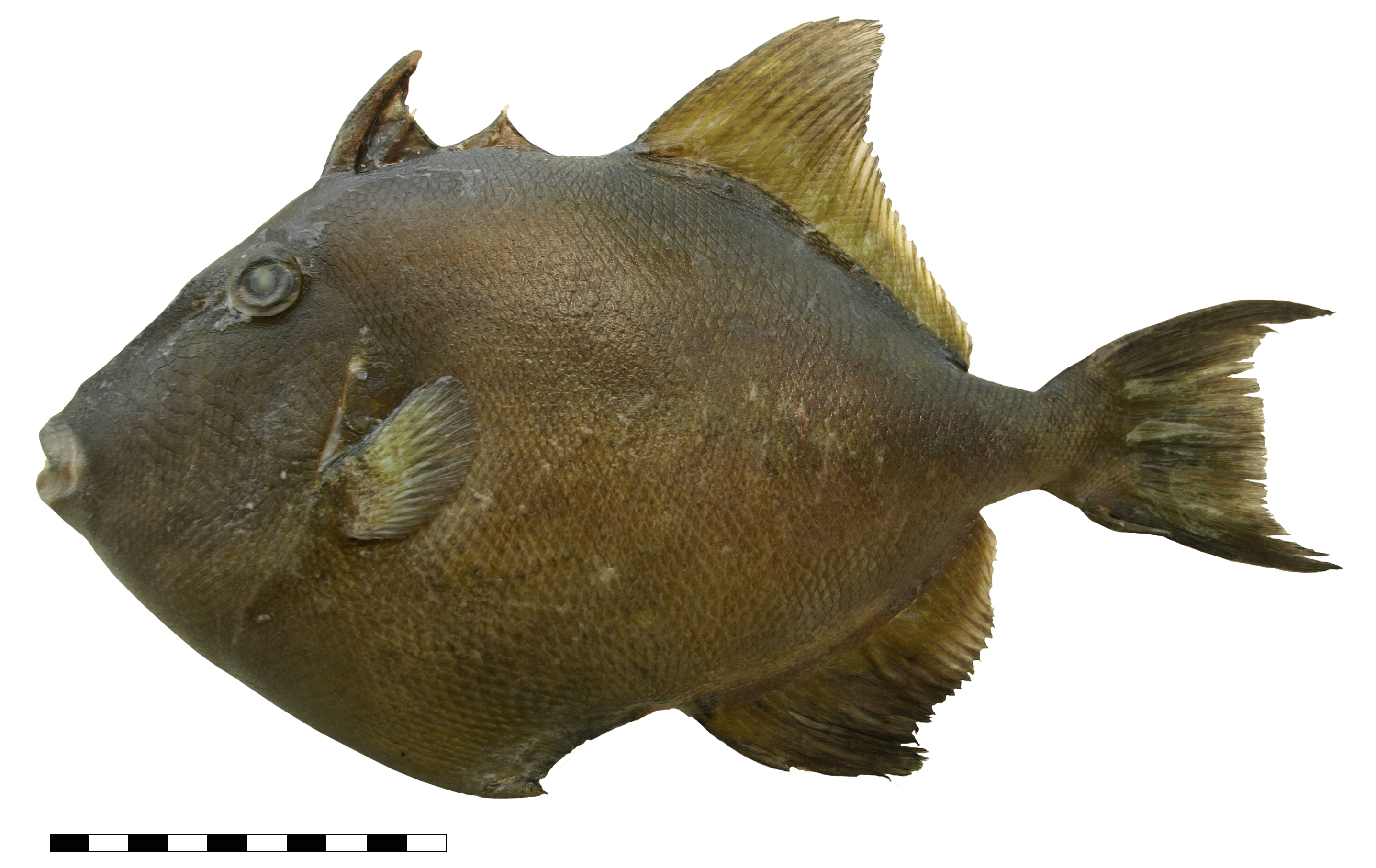 In 2013, Eastern North Pacific surface water started warming and since then, conditions remain significantly warmer during seasonal cycles than during the last few decades according to Richard Dewey, Oceans Network Canada. By autumn 2014 this warm surface water shifted eastward, and into 2015, the entire west coast of North America remained unusually warm. While surface waters of the eastern North Pacific warm when coastal upwelling is weak or delayed, storm-mixing of surface waters is reduced, and the California Current weakens during El Niño events, Richard Dewey suggests this 2013-2015 thermal anomaly along the North American coast represents a new pattern, not related to El Niño/La Niña cycles. Temperature increases like those observed since 2013 along the North American Pacific coast should allow southern species to move north either through simple dispersal or changed larval survival and recruitment.

As a result of this warming water, we now have specimens of Finescale Triggerfish and Louvar in British Columbia, with both found in the autumn of 2014. They now leave me wondering what’s next? I am hoping for Angel Sharks and Leopard Sharks.

Love MS. 2011. Certainly more than you want to know about the fishes of the Pacific coast: a postmodern experience. Really Big Press, Santa Barbara. 645 p.