George Winkler lived in Victoria on and off throughout his life and often maintained an office here to run his various mining concerns. 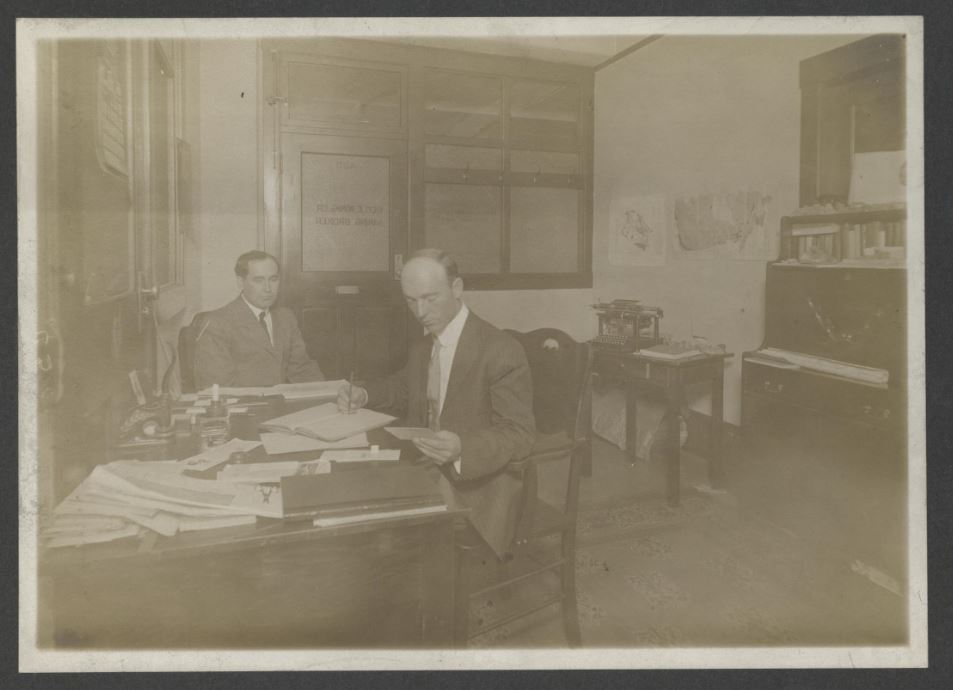 He had many interests beyond mining.  He was a socialist and ran in Comox for a provincial seat in the 1916 election.  He was a published poet who often had his poems printed in the local newspaper.  Here is a 1941 poem dedicated to John Dean on his birthday.  Winkler kept a copy in his scrapbook and noted the printing errors. 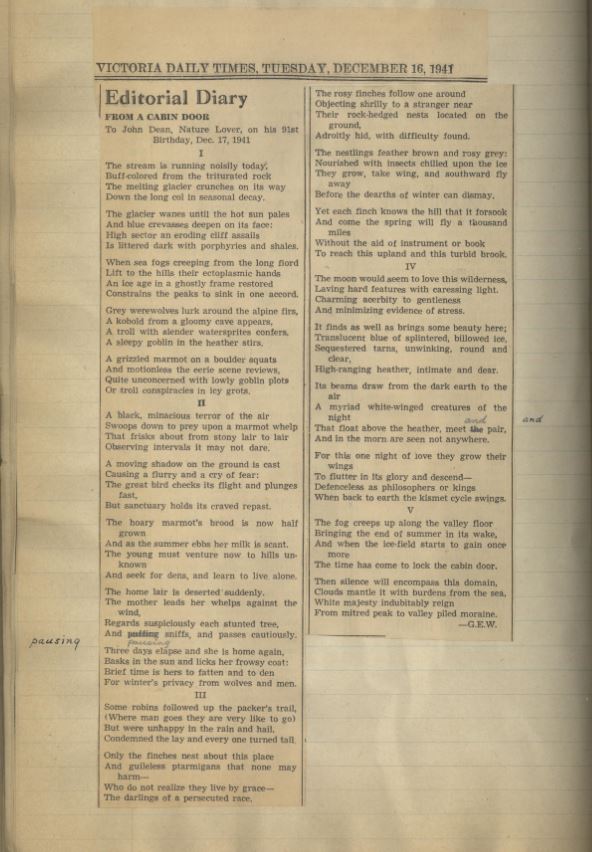 He was also on friendly terms with Nellie McClung.  Winkler’s people lived in Treherne in Manitoba and knew the McClung family.  Here is a letter from 1935 when Nellie and Winkler were both living in Victoria.  It sounds as though she had recently  been in contact with Winkler’s sister Grace. 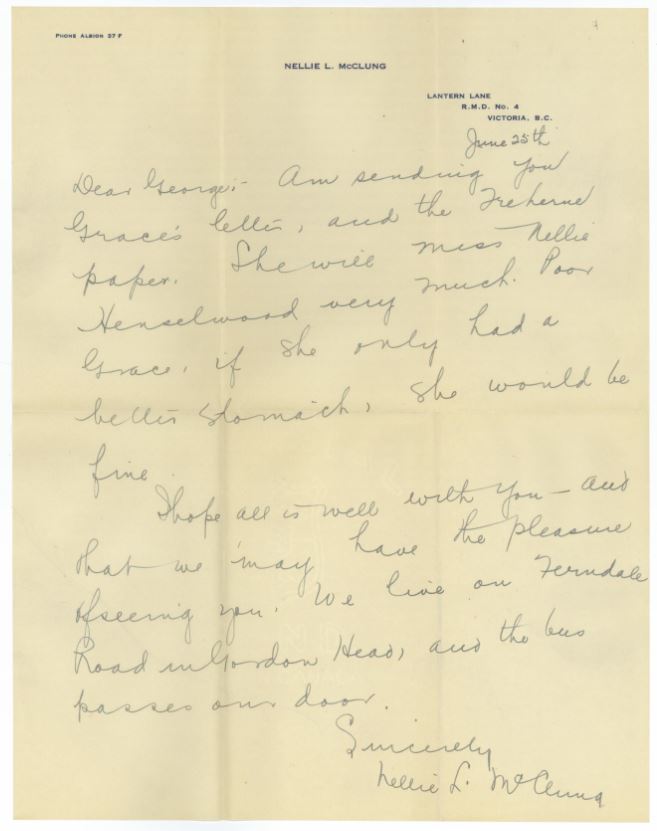 He was also interested in bringing together art and scientific knowledge.  In 1939 Winkler wrote to Walt Disney Productions to complement them on the release of “Snow White” and to suggest a new idea for a movie.  This reply from Jane Clark at Walt Disney Productions shows the beautiful stationary the company was using at the time. 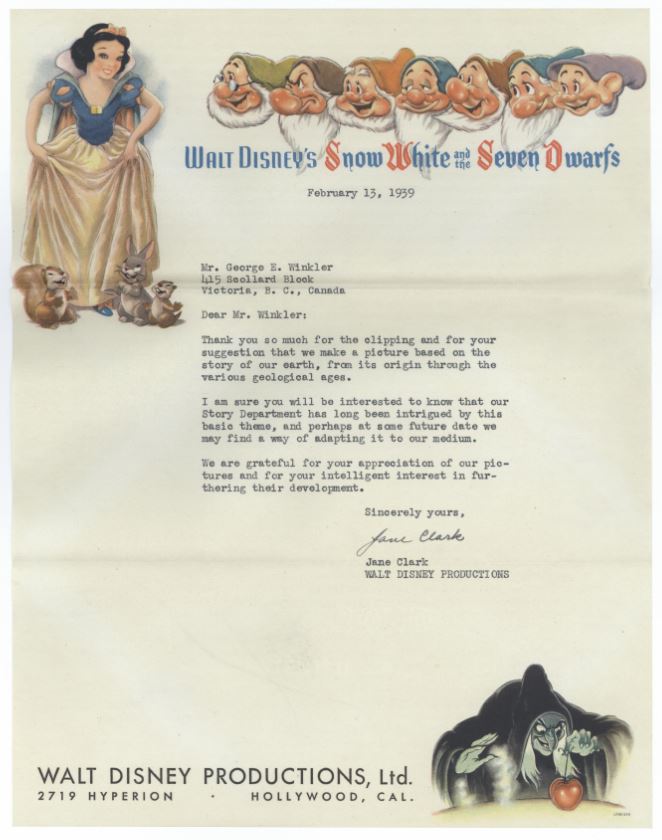