In the fall of 2014 I had a lot of fun processing the records of George E. Winkler, the poet prospector of British Columbia.

The fonds are described as PR-0045, and consist of records from two separate accessions.  One accession came to us in 1979 from George Winkler himself through his will.  The other accession came a few years later from Winkler’s great friend Hartley Sargent, Chief Mining Engineer for the province.

Winkler died in 1978 at the age of 103 and he spent his long life involved in the mining industry in a variety of ways.  He was a prospector who also managed several mining concerns on Vancouver Island and in Northern BC; he published poetry under the pseudonyms “The Prospector” and “Ernest Altrew”; he was a Socialist who unsuccessfully ran for office in 1916, and he knew some of BC’s famous and infamous people.

Born in Ontario in 1875, he grew up in Manitoba but came to BC to find his fortune around 1900 and never left.

Here’s a portrait of Winkler taken around 1908 in Victoria by Gibson Studio.  He probably had it taken to send back to his mother in Manitoba.  They wrote to each other regularly until she died.  This photo is in container 000491-001, folder 16. 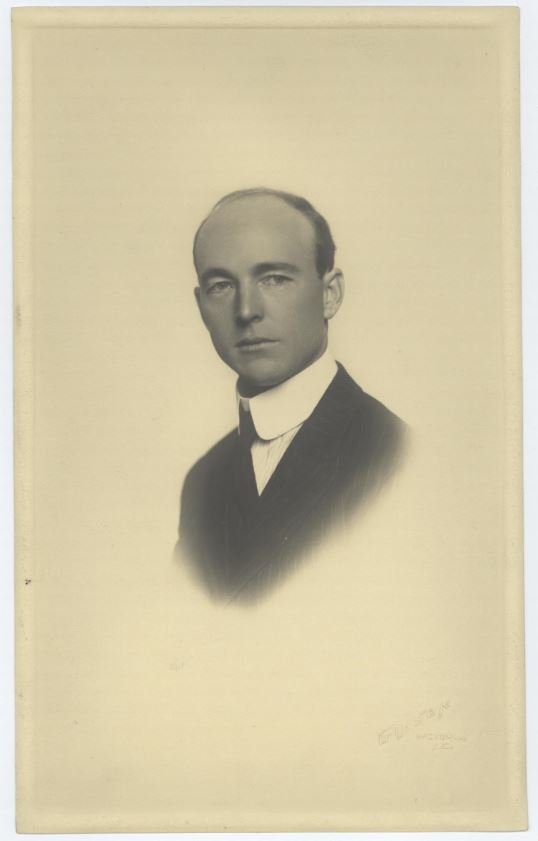