I regularly get asked if we go out and actively kill animals for the Royal BC Museum collection. The answer is yes – but only specific groups are sampled regularly. Generally I only catch fishes, anaesthetize them, and fix/preserve them for the research collection. Birds, mammals, reptiles and amphibians generally are found as incidental items – window kills, road kills, natural mortality (like marine mammals and sea turtles), or bycatch from commercial harvests.

We also get bycatch from other sampling techniques – pitfall traps for insect sampling commonly also provide the vertebrate collection with a few salamanders a year.

This Valentine’s Day we had an event at the museum. Animal Sex and people could chat with experts on the topic… and the questions as you’d expect were hilarious – but in addition to more racy intercourse, many people wanted to know whether I go out and kill animals for research. That prompted this short note.

The answer is yes – but it is very rare that I go out to catch and kill wildlife. Instead, I rely on other sources for the majority of mammals, birds, amphibians and reptiles. For example, the day after Valentines (a Sunday) I picked up a road-killed Peregrine Falcon from near Duncan.

The bird had been found by a high-school teacher back in December, and he saved for bird for the museum. The bird was in great shape. We don’t get Peregrine Falcons every day (thankfully), and I certainly could not justify shooting one just to stuff it and put it away for future study. This bird was found by the roadside and adds to the falcons in our collection. This bird will be prepared as a partial skeleton, a spread wing (detached from the bird) and a study skin, and will be available hundreds of years from now for scientific study. 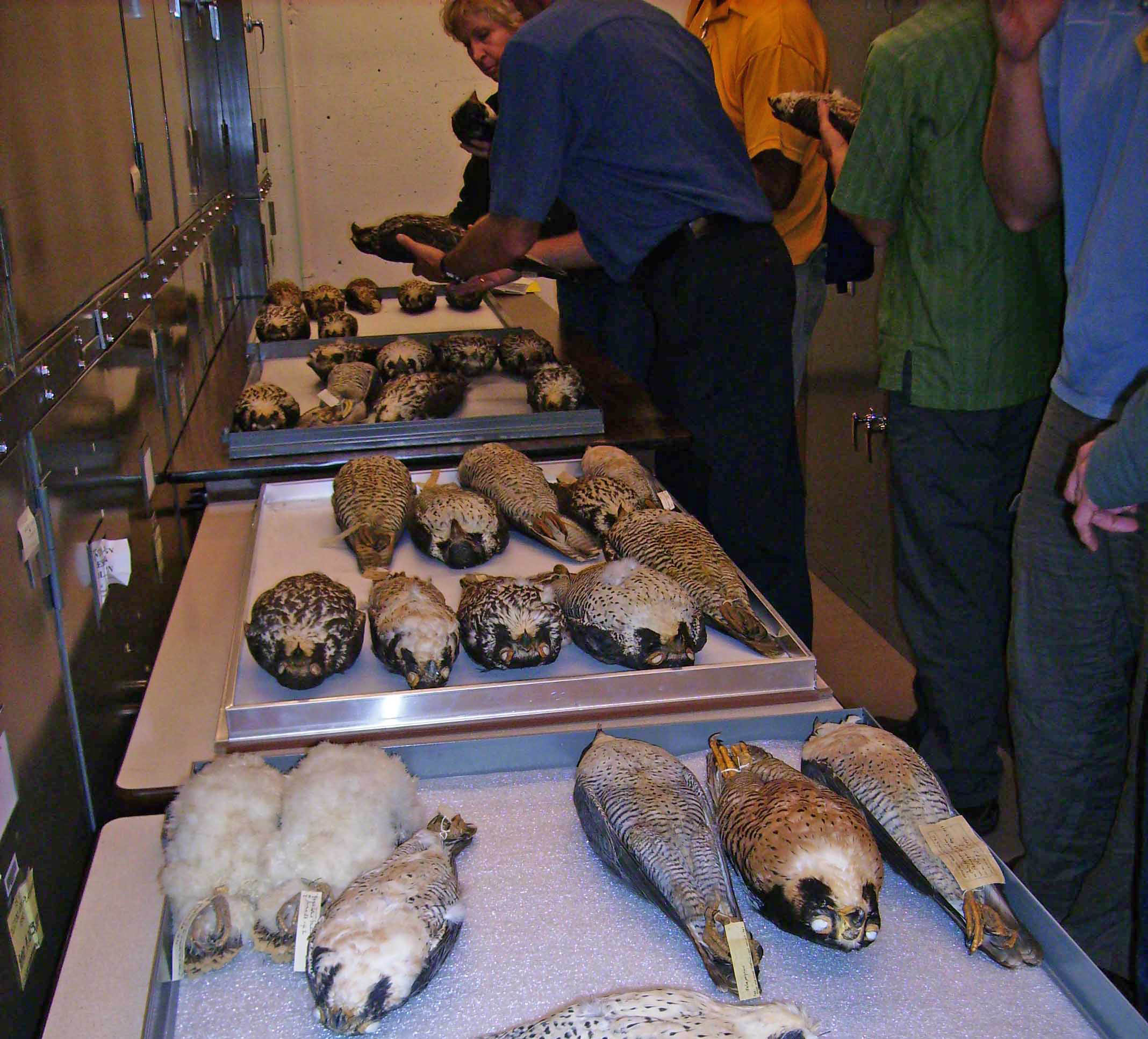 Researchers use study skins in a variety of ways, from genetic research to assessment of colour variation in a species. These photos were taken during a workshop where researchers verified sub-species variation and plumage patterns as you’d find in field books. 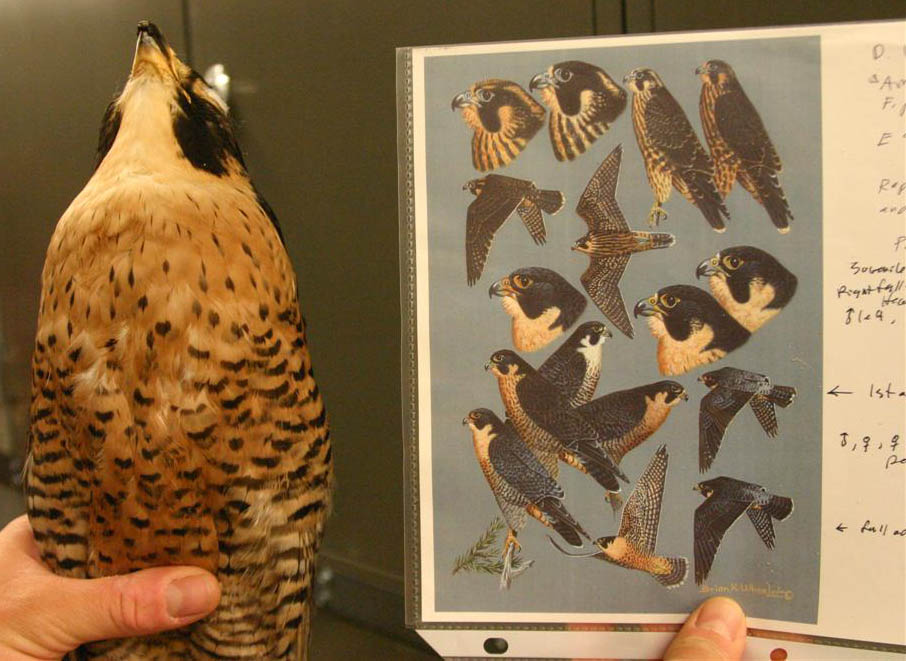 This is a great example of citizen science – and I thank everyone who remembers to save specimens for the RBCM – we even want specimens that represent common species. I am happy to get new specimens as long as they are in good shape, and you record the location, date, and time the animal was collected. 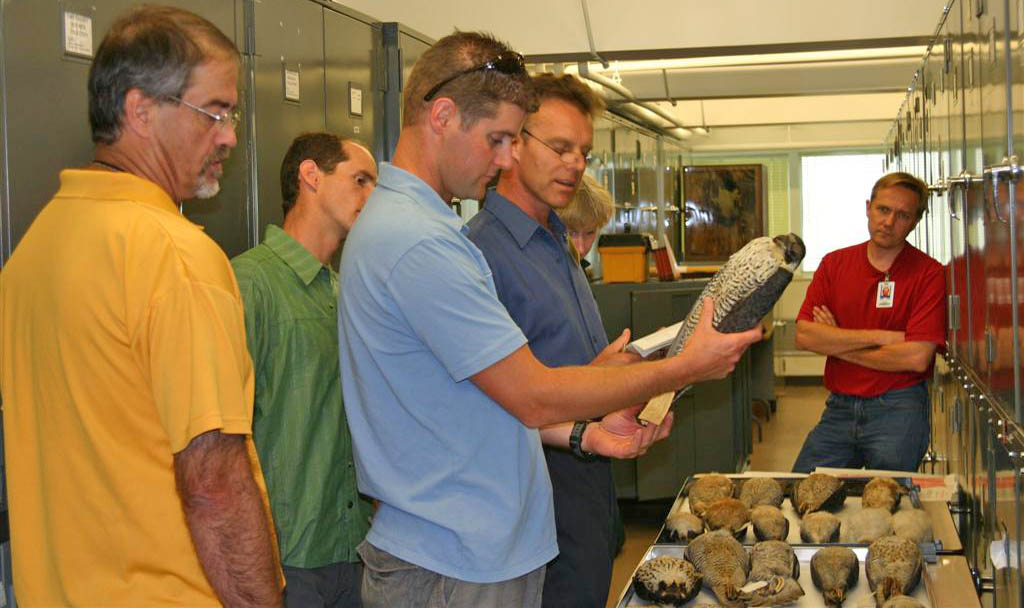 Honest, I am listening intently in this photo – and not thinking about other birds.