A rat in a compost pile is nothing new for Victoria. Sometimes I set a small mine-field of traps in the compost. A rat may jump clear of one trap, but they commonly land on a nearby trap and their fate is sealed. The rats I kill sometimes end up as museum specimens – even common animals should be added to museum collections. If I leave the rat in the compost too long, I find nice clean skeletons. However, on Friday the 7th of November the museum received a specimen which had sat in a mix of well-aged manure and soil, and is far more spectacular than an everyday compost-raiding rat.

Mike deRoos of Cetacea Inc., backed into the RBCM’s loading bay and delivered most of the skeleton of a humpback whale. I wrote a short article about the jaws of this whale months ago, and now we have limbs, ribs, and vertebrae. The skull will arrive in a separate shipment because there is a limit to what you can safely stack in the back of a pickup truck.

Most of the Axial Skeleton lined up. 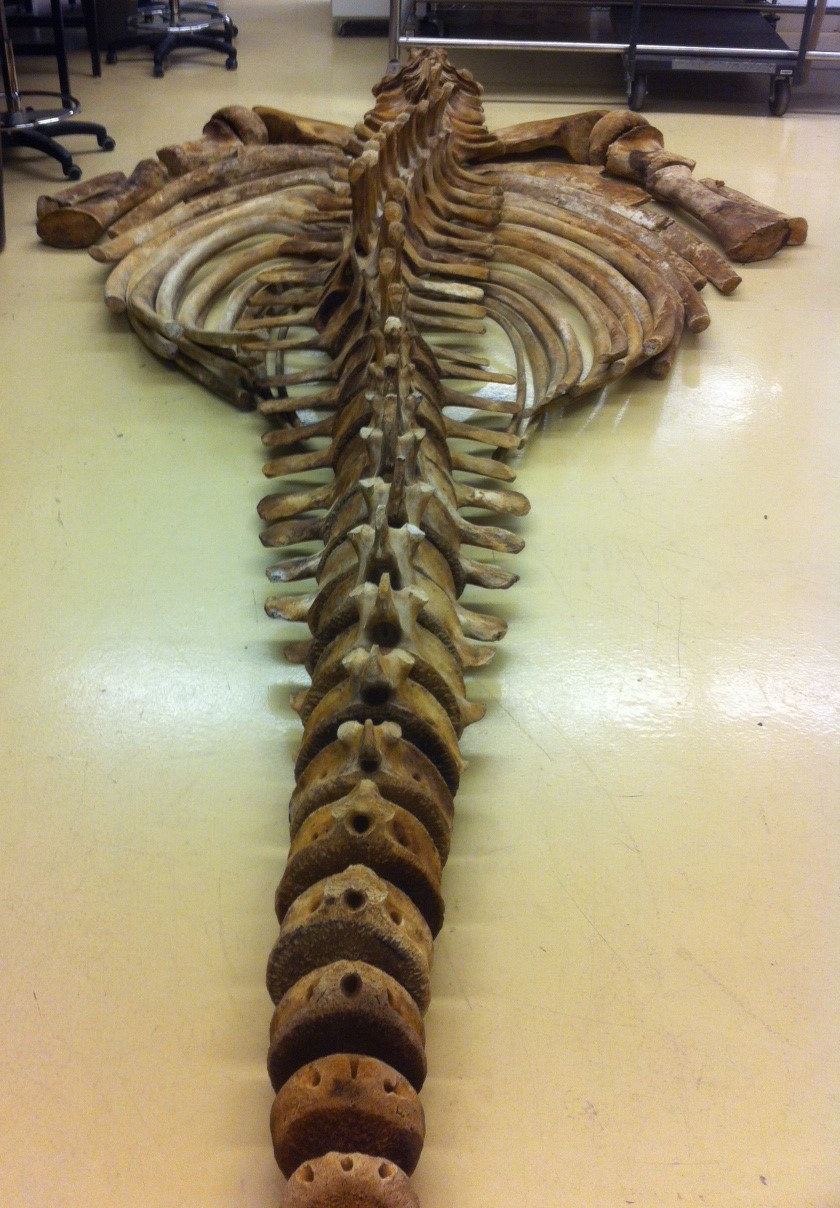 It took 5 trips from the loading bay to haul all the bones to the vertebrate prep-lab. Because these bones had been prepared in compost, they smelled sweetly of soil from a pine forest. Seriously – next time you are out in a pine forest, grab a handful of moist soil and smell it. You’d think the skeleton of a recently prepared whale would smell of rancid oils and rotten flesh – but not this Humpback. We could market the bones as “forest scent” potpourri. Call me strange (many have already), but I like the smell of soil.

A series of photos showing the length of the axial skeleton.

This whale was young – and only 9 meters. The ends of the bones (the epiphyses) have not fused and so the ends of the radius, ulna, and humerus all are separate.

The tips of the humerus, radius and ulna with unfused epiphyses. 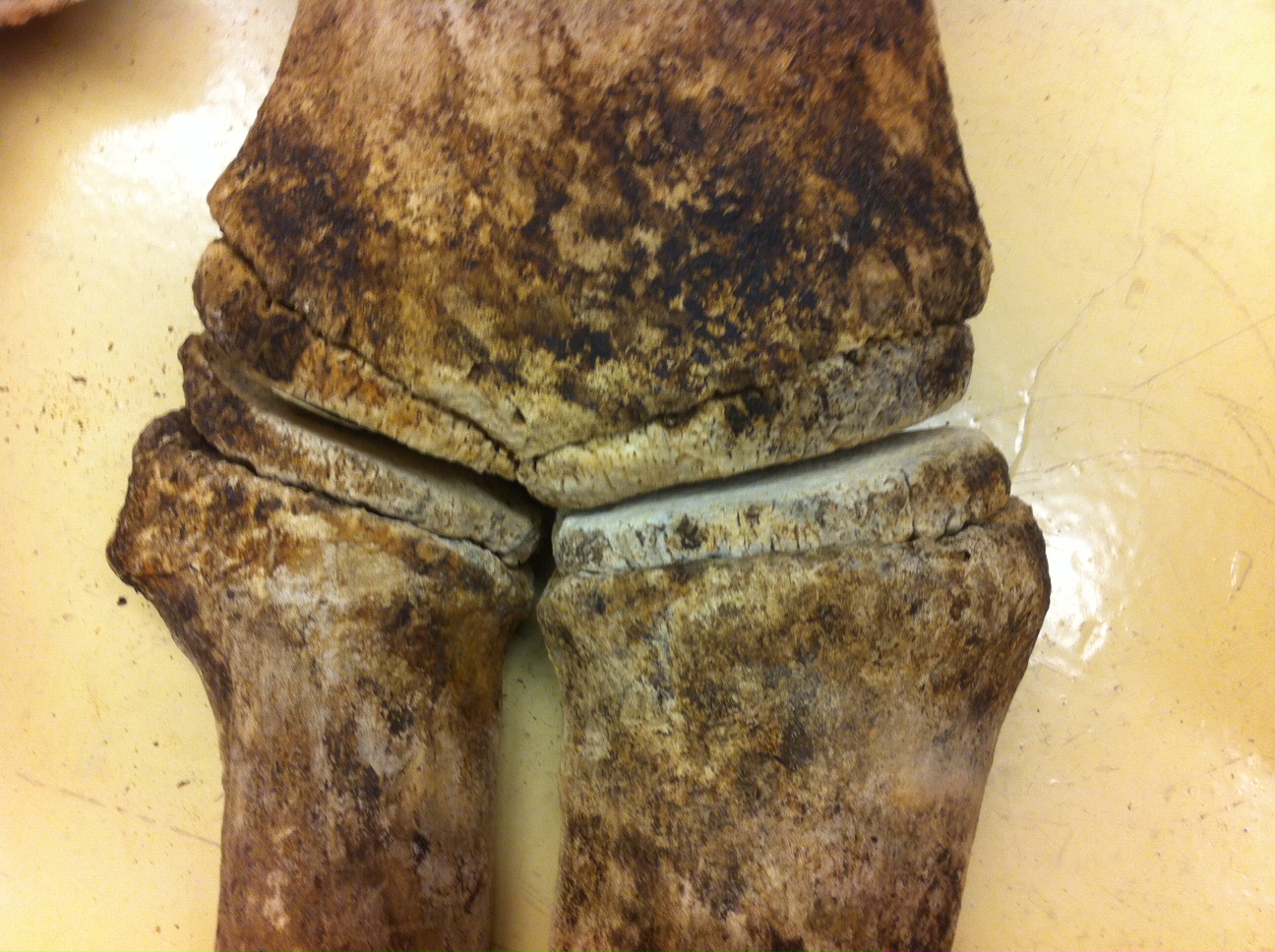 Each vertebra also has a pair of “cookies” (I think Mike deRoos’ daughter called them pancakes because the disks are so large). The cookies have a specific fit to respective vertebral centra (they grow together so you’d expect an intimate connection) – and so one of the first things I did was to carefully test fit the cookies to the vertebrae. The size and shape of each cookie gives you an idea where it originated along the vertebral column, and from there it is a matter of a few minutes of trial and error to get each cookie to lock into place. 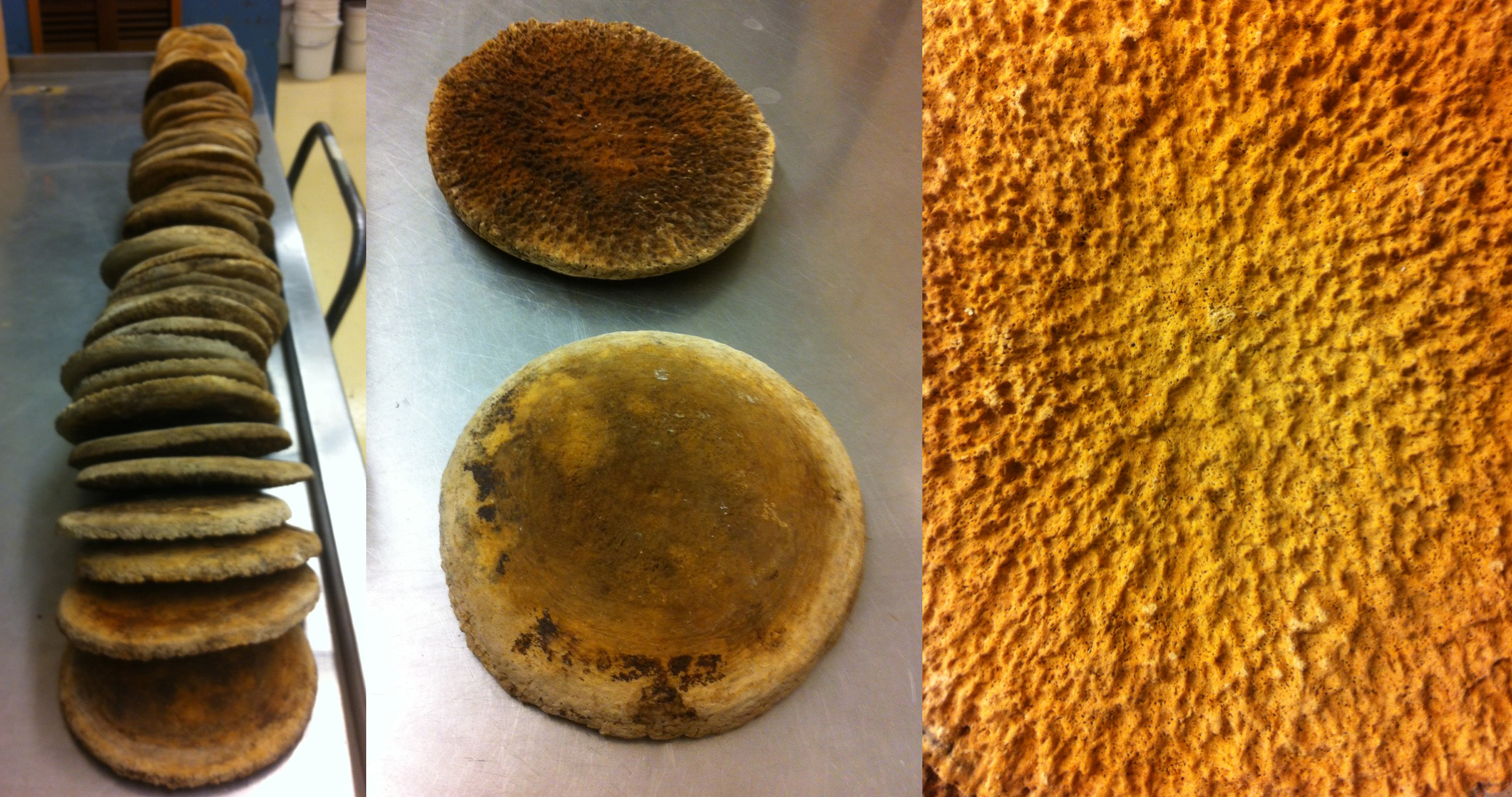 Even though we will not re-assemble this whale into an articulated skeleton, we do want to know the order of each bone in the body, and make sure we have cookies and vertebrae properly matched. Ultimately this skeleton will be stored in our mammal research collection and will be available for researchers to examine.

This whale at 9 meters was a few meters short of the adult size – at birth they are 4 – 4.6 meters according to John Ford’s new book (Marine Mammals of British Columbia). Its unfused epiphyses certainly show that this whale was young, and several ribs had abnormal bone growth. We also have a Killer Whale in the RBCM collection with similar abnormal bone growth. It makes me wonder if the odd growth caused pain and whether it was a contributing factor in this animals’ death. 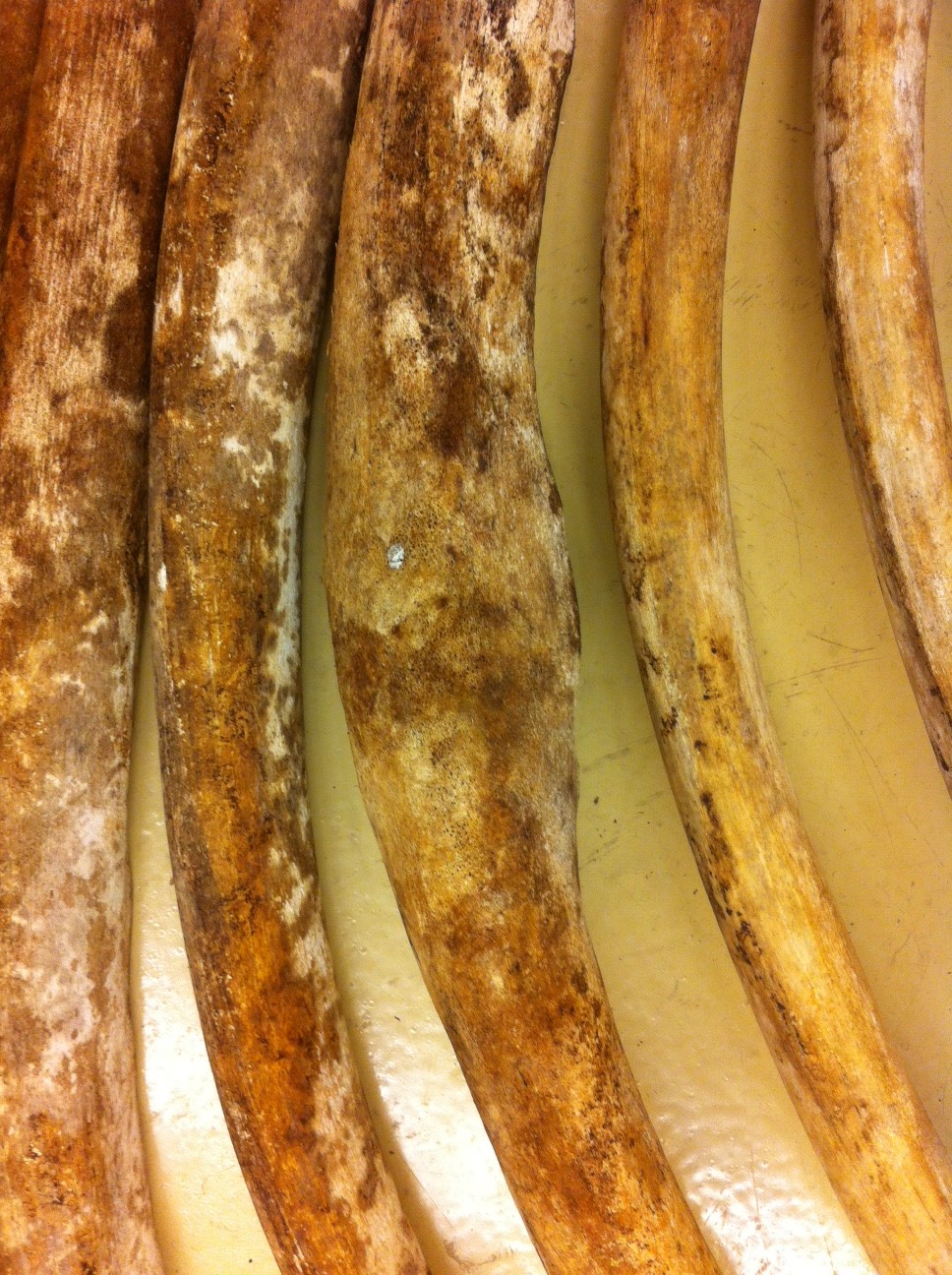 This sure was a neat way to end a work-week. It is not every day you get to assemble a whale’s skeleton. Now I have to say a HUGE thanks to Kate Kerr and Jana Stefan from our Exhibit Arts Department. When this whale washed up and we were offered the carcass for our collection, Nick Panter had just retired from his position as our mammal preparator. I was on parental leave.

In our place, Kate and Jana were sent to help remove flesh from the carcass – you have to admire them for having the gastro-intestinal fortitude to see such work through to completion. I am betting that Shane Lighter, the museum photographer plied his trade from a respectable distance – upwind. It took hours of de-fleshing, and over 6 months buried in compost, followed by months of drying to get the skeleton to its present state. Kate happened to walk by when I was unloading the skeleton, and commented on how much nicer the whale smelled compared to the last time she had seen it.

Now I am back from parental leave, so I  won’t have any excuses the next time a whale washes up. I’d better practice my whale flensing work song. The next marine mammal is already waiting in the freezer – a young Dall’s Porpoise. Once veterinarians do a formal necropsy, I will remove most of the muscle and get it ready for our newly minted mammal preparator. He will have the fun of either putting the bones in the dermestid beetle colony, or perhaps he will boil the bones to remove the last bits of meat. After that, we have a Northern Right Whale Dolphin to prepare.