Local rock quarries were used for more than just crushed rock for road building.  The Public Works annual report for 1937 includes the report from Engineering district no. 7 by J.C. Brady.  District no. 7 was Prince Rupert and it included Atlin and Stewart.  In 1937 work was done on the Bear River at Stewart to reinforce the old groyne.  This was protection project #20.

According to the report “the old groyne extends from the west end of Bear River Bridge to a point 3,360 feet in a southerly direction.  The present work included the strengthening of the old groyne where necessary, and its extension in a south-westerly direction for 1,755 feet.  A total of 8,580 cubic yards of rock was used.  The average width of the wall or groyne is 16 feet at the base tapering to 6 feet at the top.  Three hundred feet of ditching and excavation was also done.”

I found an online report from 1993, of work done by a contractor to the Ministry of Environment.  The report makes interesting reading but I particularly enjoyed looking at the appendix of photographs starting on page 73.  Photo 17 on page 81 shows the groyne and photo 18 may well be some of the ditches mentioned in the 1937 report. 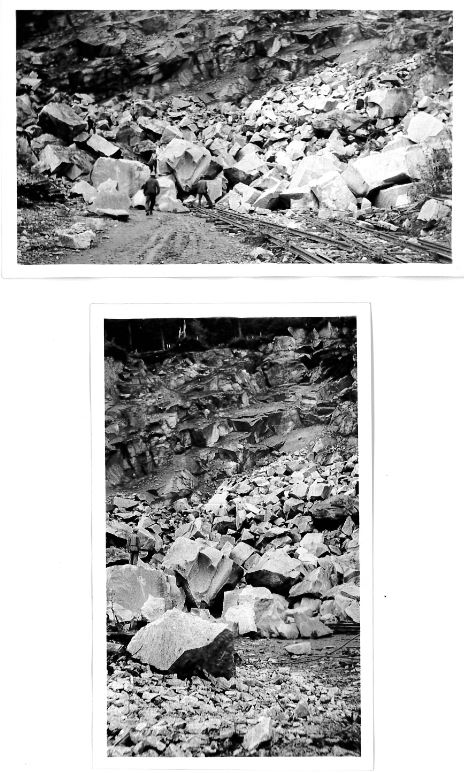 Note the size of the man compared to the rock.

I’m not sure what kind of equipment they used to break up the large rocks as the equipment inventory for that year doesn’t list any rock crushers in the Atlin district.