I was reading the Dept. of Public Works annual report for 1929 (an enjoyable Friday afternoon occupation) and saw that G.T. Mitchell, General Foreman, Islands District reported the following:

“In December [1929] the district office was removed from Thoburn to Sidney, where a four-roomed modern office building was erected on Government land at the junction of Second Street and Bazan Avenue.”

Where was Thoburn?  I couldn’t find an area or a road of that name in Google maps so I searched the BC Geographic place names database and found the entry for the rescinded name “Thoburn”.  It referred to a post office site in Esquimalt.  Could this be where the Public Works Islands district office was located before December 1929?

I looked at a fire insurance plan for Esquimalt and various city and telephone directories but none of them led me to a Public Works district office in that area.

I was more successful with Sidney.  Although current maps don’t list a Bazan Avenue within the town itself, I consulted a blueprint plan of Sidney from the Archives map collection and found that what is now called Bevan Avenue was once called Bazan Avenue and it does cross Second Street.  The plan I looked at, CM/C320, is called “Map of Sidney, BC, drawn & compiled from official plans and sources by S.C. Weston, Victoria BC.”  It is undated but we have other plans drawn by Weston in the teens and twenties. 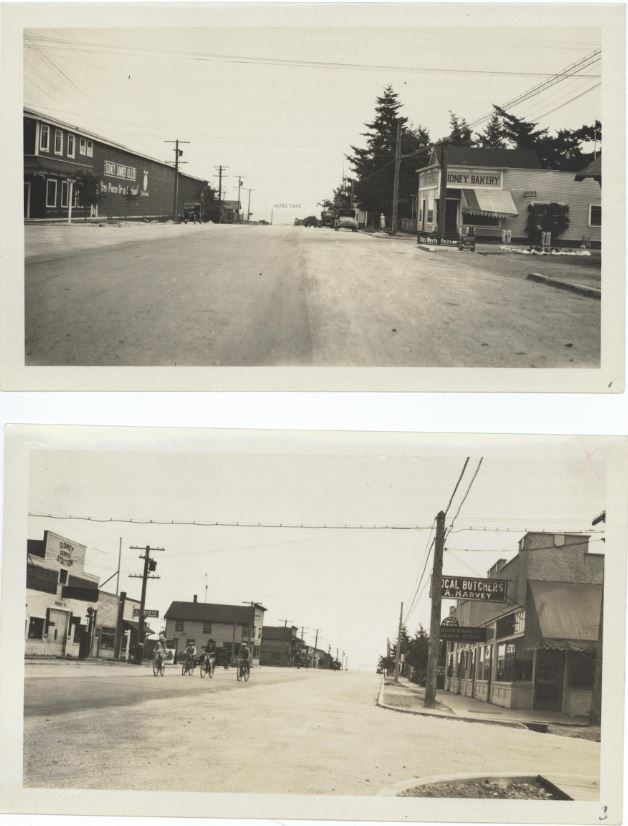 I like to think of the Public Works staff eating doughnuts at the Sidney Bakery or enjoying a bicycle ride on the newly paved street.