Well, we’ve come to the last week of 32 views.  This project has been about nurturing a discussion between Royal BC Museum staff, and the kids of Kids’ Club.  We have pretty much touched every area of the museum and archives, and then some.

Our last visit of this project is with Dr. Melissa Frey, the Curator of Invertebrates.

Melissa does important research as part of her job, but she also thinks a lot about how to make exhibitions in the galleries more interesting and engaging.  We met up with Melissa in a corner of the Natural History gallery that has not changed much over the years. 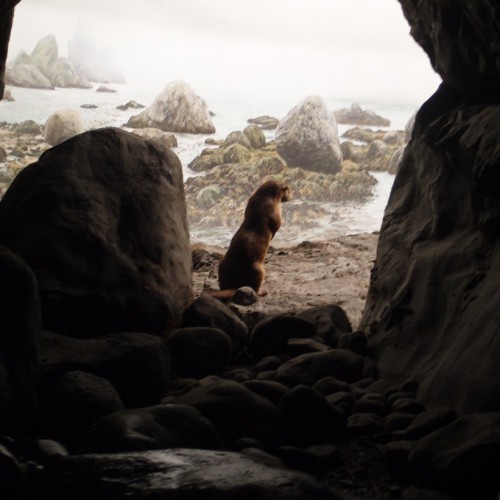 Meeting near the otter cave… 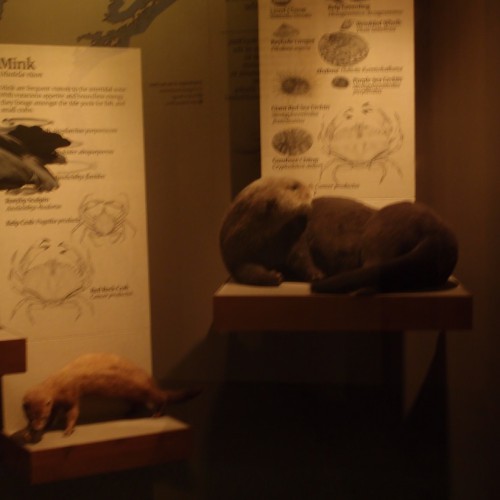 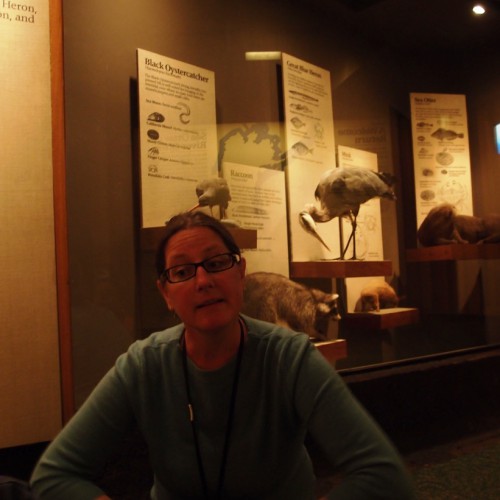 …Melissa thinks this area could be more interesting… 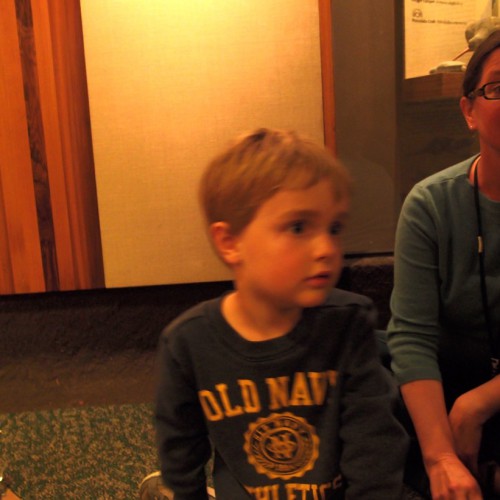 Melissa asked the kids if they had any ideas of how this area of the gallery could be changed to make it more interesting.  Kids came up with lots of great ideas to make this corner more interactive.

But Melissa said that part of our job at the museum is to observe how visitors are using the galleries, and even ask them questions about their experience.  And from that information, have that inform any changes we make.

So we created some questions that we could ask visitors: Are you from Vancouver Island?  How many times have you been to the museum?  Do you like using interactive screens in the gallery?  Is the amount of interpretive text in the gallery just right, not enough, or too much?  What would you like to see in the gallery that you feel is not represented?

The kids of Kids’ Club first tried the questions on each other. 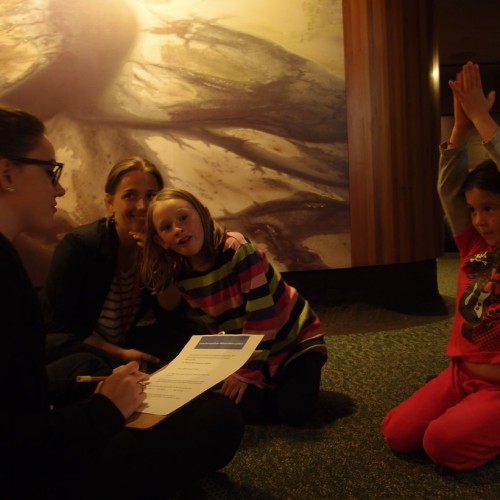 Then it was off to find some visitors.  The kids split into two groups.  One group headed out toward the Delta Diorama, and the other group toward the forest.

Everyone they asked was happy to answer their questions.  How could you say no to a group of cute kids! 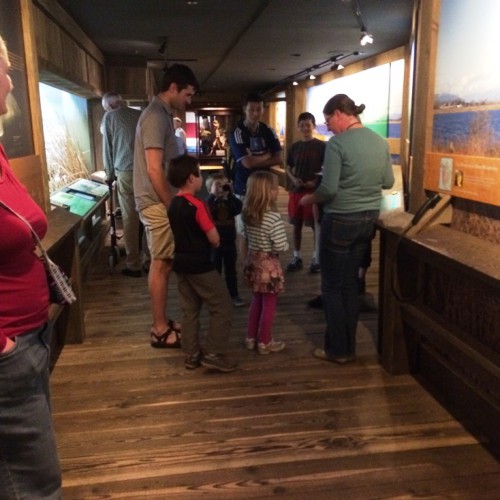 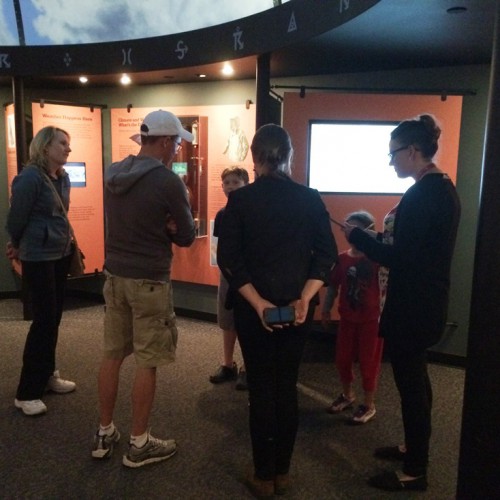 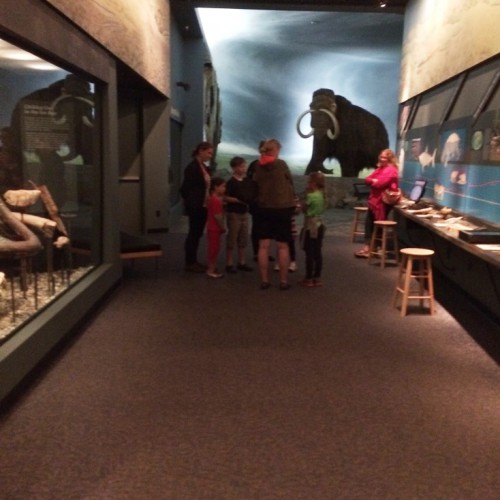 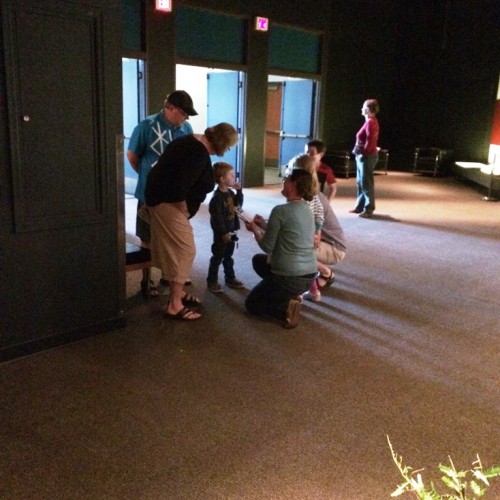 The kids were the ones asking the questions.  It gave them a chance to step back and hear what others think about the gallery.

After their rounds, the two groups met back in the Delta Diorama to compare notes. 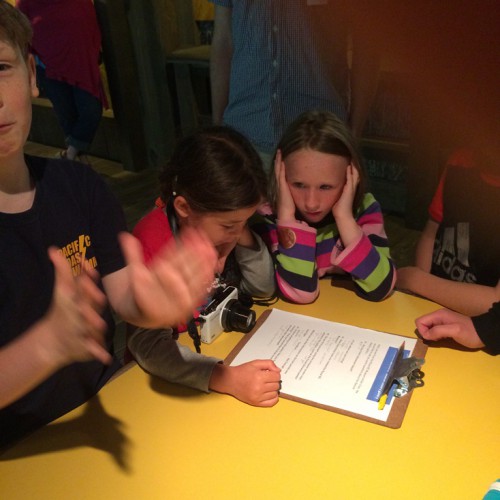 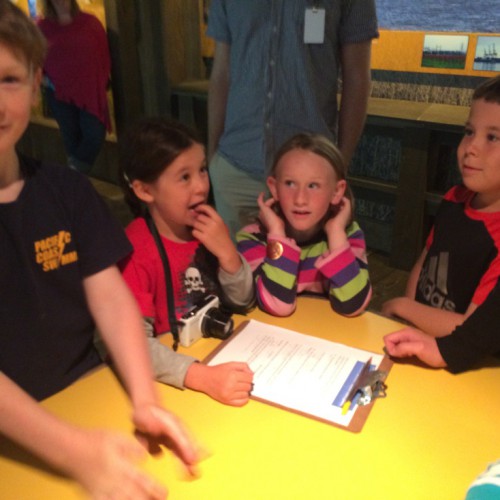 The two groups had some similar responses, and were able to make some connections.  It was interesting that one group only ran into visitors that were from out of town, and the only group mostly locals.  One group also met a visitor that didn’t speak English.  So they were not able to ask that visitor questions.  But it did get them thinking that maybe there should be more signs around the galleries that have languages beyond just English.

As we were in the Delta Diorama, Melissa mentioned that that gallery changed a lot over the last couple of years.  And it was one of Melissa’s first jobs when he was hired at the museum, to be on the team to re-imagine the Delta Diorama.  She worked with designers, exhibit arts and learning staff, and other curators.  Together they created a much more engaging and interactive space.  By including a boardwalk on the floor, taking out the glass to the birds in the diorama and adding more engaging information and graphics, the space really transformed. 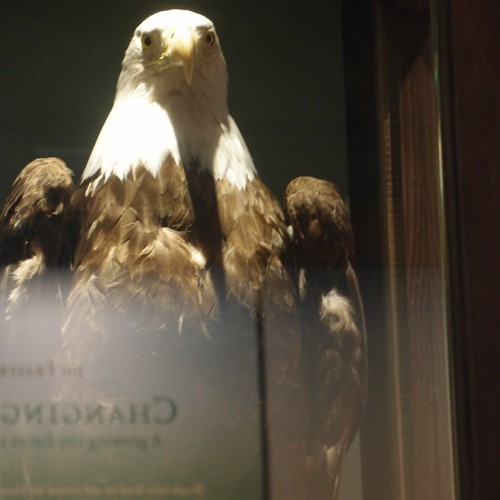 If we have learned anything over these last 32 weeks, it is that museum staff need to work together.  And it’s because of those connections and great visitors like Kids’ Club kids, that the museum is such a special place!

Thanks to Melissa and the rest of the Royal BC Museum staff for being such inspiring hosts.