This week Kids’ Club was headed up by two UBC practicum students that have been spending some time in our Learning department, Sean Fraser and Leonard Naimi.  Sean and Leonard are also guest blogging…take it away you two!

Fort Knox, Air Force One, and Area 51-these are just some of the most secure locations in the world! Now while you may not find a vault guarded by a 250 ton door in the basement of the Royal BC Museum, you will find the Museum has an impressive security system and an amazing group of dedicated individuals working hard to keep the building, the priceless collections and the staff and visitors safe. If you haven’t guessed it yet this week the Kid’s club visited with the head of security Bill Chimko.

Before we headed over to meet with Bill we challenged the students to find as many security cameras as they could in the Museum Lobby. The both of us had found six but the kids had found more! The newest member of Kid’s Club had found 8 cameras! Great job! That kid’s going to fit right in! 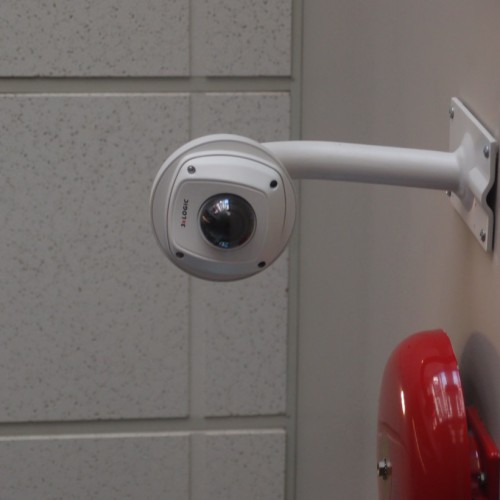 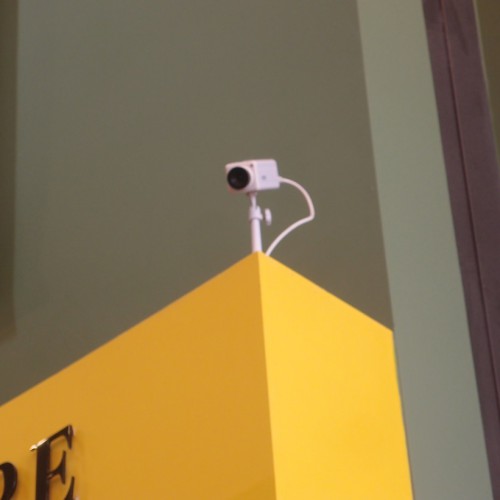 We then talked about why the museum needs security cameras and asked the kids if there were cameras outside the museum as well. We went to take a look. Sure enough we hadn’t stepped outside for more than a moment or two before they started spotting the cameras.

At this point the kids got a real surprise treat. While we were standing near the Viking boat security came on the PA and instructed Kids Club to remain there as they send someone over to “investigate” who touched the boat. Security came over and put on a good show! He then escorted us to security headquarters where the kids gathered around a bunch of monitors and met our guest, Bill Chimko. 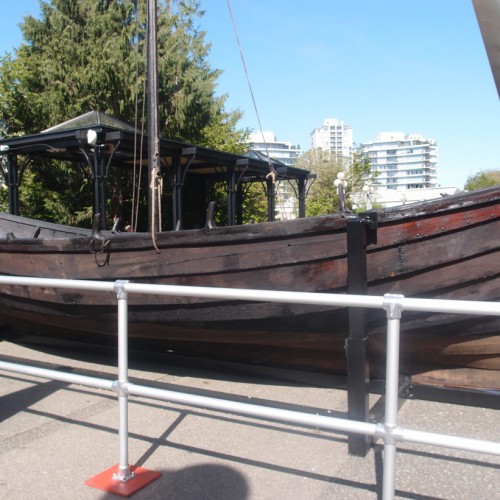 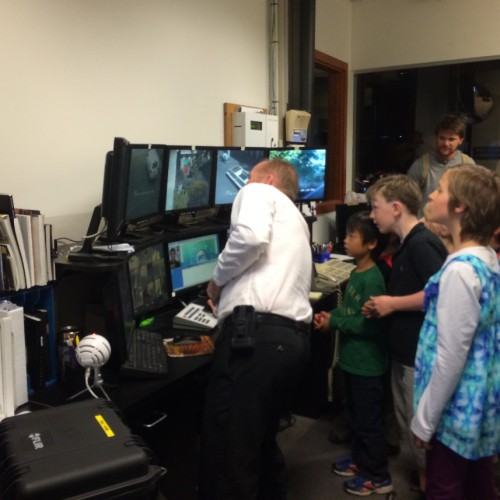 He talked about the importance of security at the museum, how the different monitors work-there are 90 security cameras around the museum. He was even asked if there is a camera in that room watching them and indeed there was!

Bill then grabbed his thermal sensor (worth $9000-NOT a typo) and we headed up to the third floor. Our first stop was the Discovery Ship where Bill explained that the lines we saw in the ship under the carpet in the ship were pressure sensors. If someone walked in there alarms would go off alerting security. 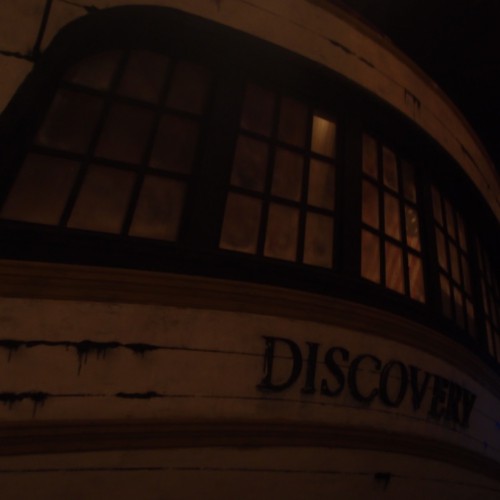 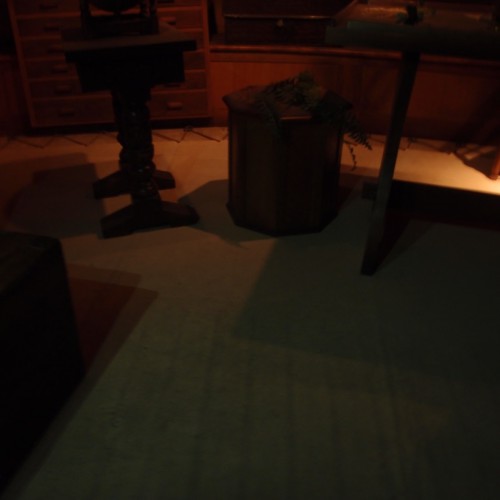 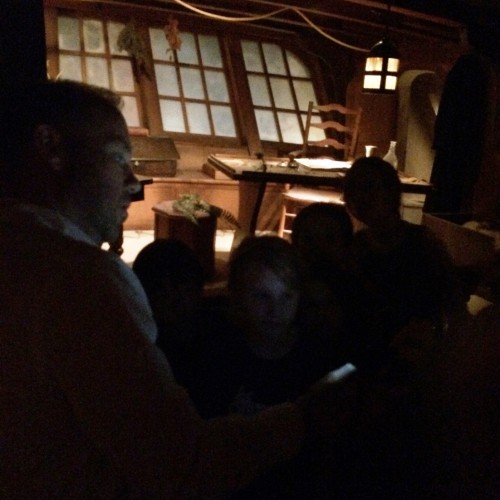 In most cases you can’t see your hand print on a wall, a piece of furniture, etc. With the thermal sensor however, we are able to see the heat signature left by the hand giving us a visual image of the hand print. At this point the kids began leaving a trail of heat signatures with their hands to an undisclosed location for the parents and Bill to find using the thermal sensor. 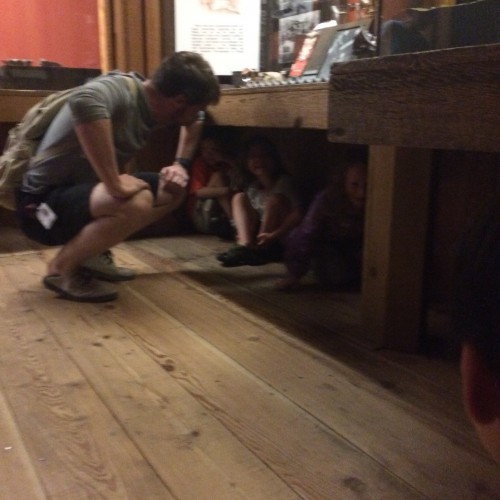 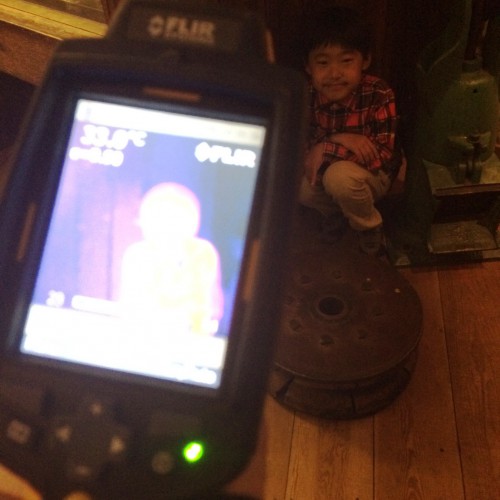 Bill had a little more fun in store for us with the thermal sensor. It turns out the new tinted windows on the outside of the museum reflect all the sunlight off the building. The reflection was so powerful that it acted like a humongous magnifying glass and was starting to burn (very slightly) the Helmcken House located beside the Museum! Using the thermal sensor they were able to figure out what happened. 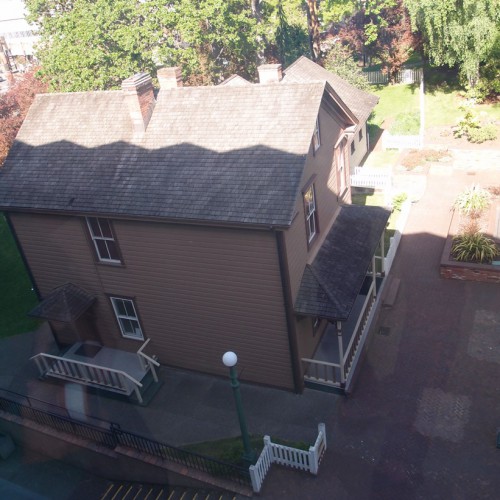 Finally Bill took us up to Old Town where he let the kids ‘trip’ the alarms in the kitchen. It’s always fun getting into a little bit of trouble (even if you have permission). 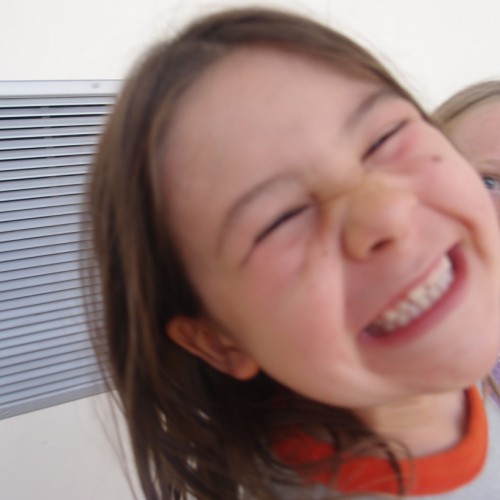 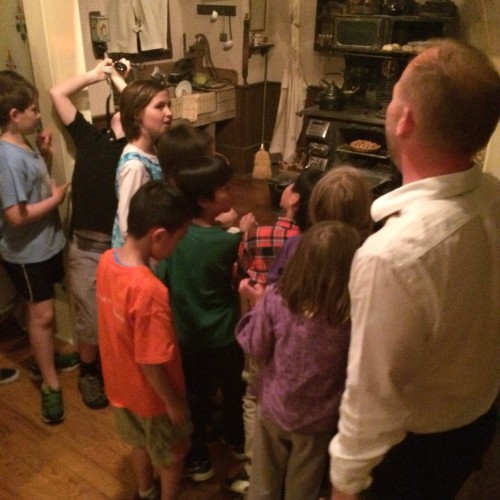 While we were in old town Bill explained one of the security teams great successes. During a visit a thief stole some irreplaceable watches. Fortunately the security team was ready and through some great teamwork with the RCMP they were able to arrest the thief and get back all the stolen goods! 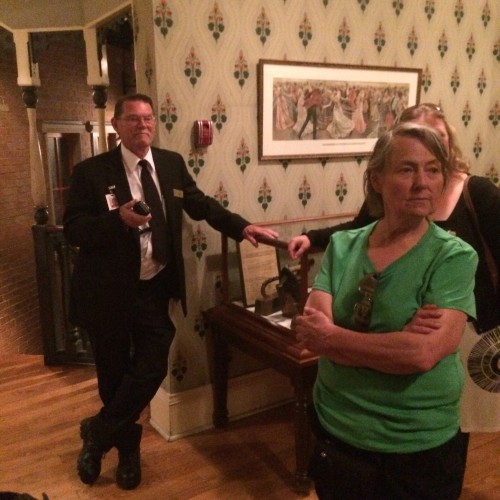 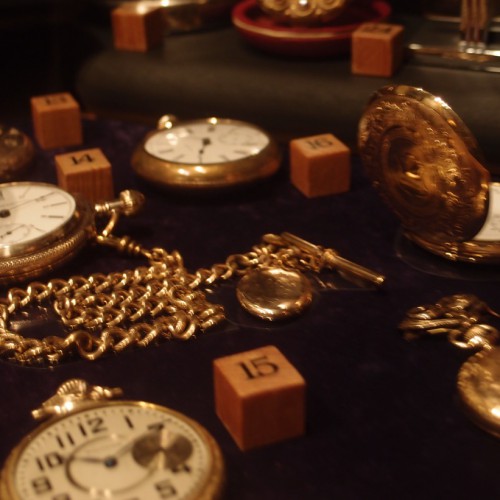 I think we all learned a ton about how security works in the museum. And that they’re good at it too!

Now I wonder when I can get my hands on one of those thermal censors.