Exotics – you just never know what will show up. 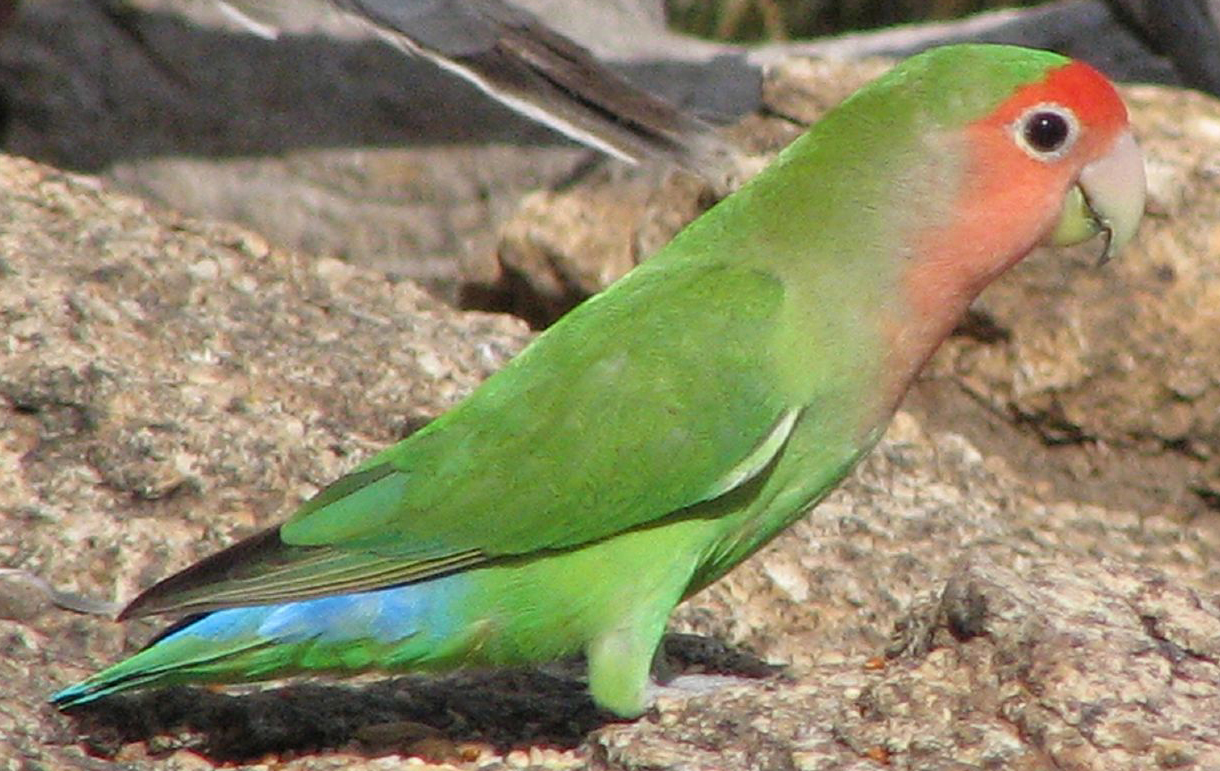 Just went out for coffee and people were talking about a strange sounding bird – but it was obviously not a BC species, and sounded to me like a parrot of some sort. After a long search in the canopy of a large oak tree on the museum grounds, I finally saw the pink face of a Peach Faced Lovebird (Agapornis roseicollis). They are native to Namibia, Botswana South Africa and Angola, and feral in some places (like Arizona) because of pets that escaped and established breeding colonies.

So there is an odd record for BC:

near the top of a Garry Oak,

Someone must have opened their window at the wrong time and their pet got loose – or maybe the incessant squawking earned the bird a ticket out of the window. Regardless, the bird is lucky it didn’t come down to me when I whistled. As an exotic species loose in British Columbia, it would be a valid specimen for the Ornithology collection. Moreover, I don’t think I need a permit to catch it.

It should survive the summer – and may survive winter if it raids local bird feeders. At least it is the only one and won’t start a breeding colony in the province. Let’s hope it is not carrying any diseases that could transfer to our native avifauna.