As we head into the month of May, our theme for Kids’ Club is now Museums.  This week we explored an important partner of the Royal BC Museum and our closest neighbour, IMAX.  It is an exciting time for the IMAX staff as they are in the process of changing their screen, speakers and projectors.  A great time to go for a visit. 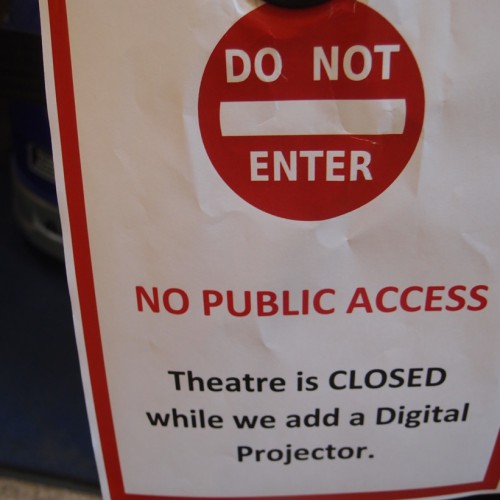 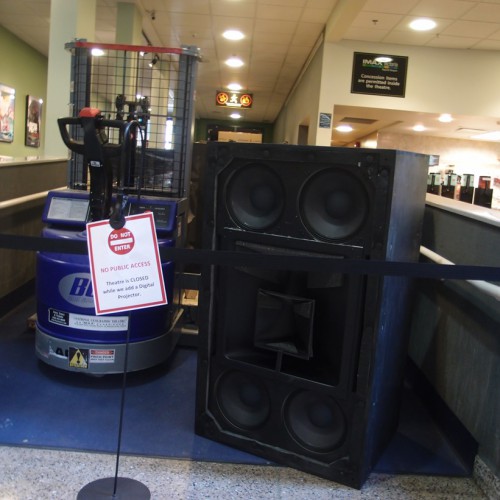 One of the first things that we noticed was that the hallway ramp was filled with speakers.  We met Jordan Batchelor, from the IMAX staff, and asked him what was going on.  Jordan said that they were speakers, but asked us if we thought they were new speakers or old speakers.  The kids guessed old because of the dust.  They were right.  Those speakers have been behind the IMAX screen for 12 years, that’s a lot dust.

Then Jordan took us into the theatre to have a look. 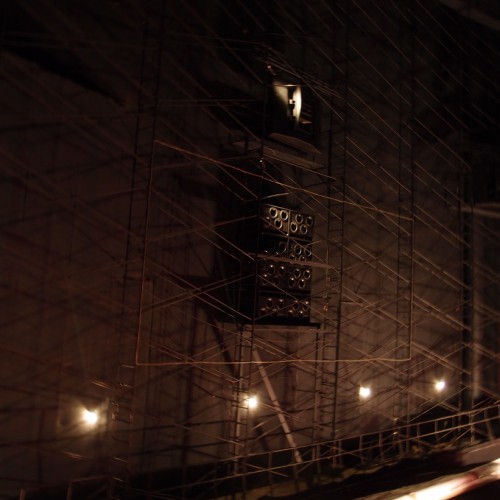 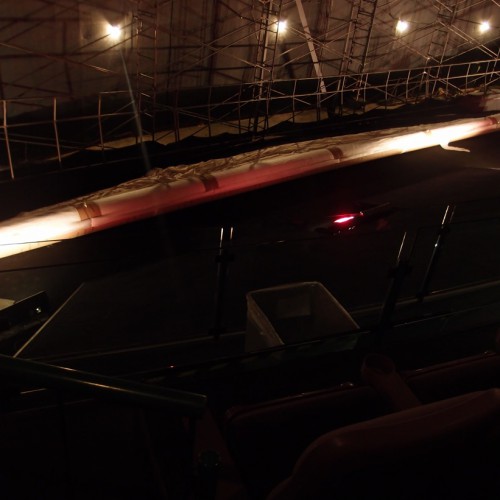 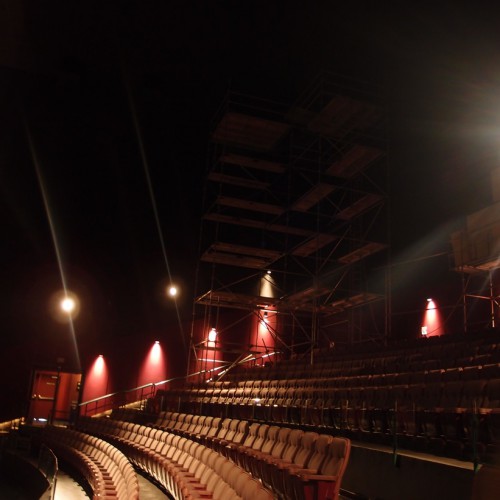 Wow, it was different in there.  For one, there was no screen up.  They had taken down their old screen, and had just had their new screen delivered.  This new screen is a high-tech polyester with a silver coating for better reflection.  The new screen weighs 1200 pounds, and came all the way from Montreal in a truck.  Once here it took 26 people to carry it in.  Whew.  The old screen will go back to the main headquarters in Mississauga, Ontario to be re-used in some way.

When we were in there, a worker went climbing up the scaffolding to attach some of the speaker systems.  It looked like fun, but we were not allow to try that. 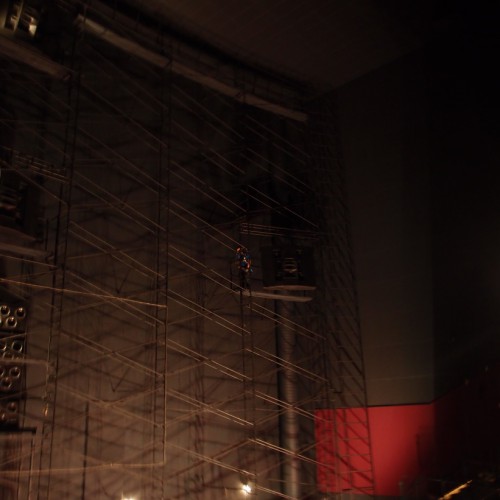 Jordan also showed us a series of bullseye designs.  These were spots in the theatre where speakers were projecting to, and the staff are currently working to create the right directional set up for the full listening experience.  Lots of precision needed to create the IMAX experience. 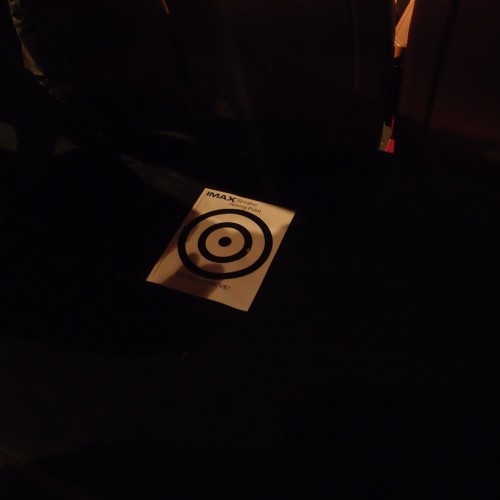 Then it was up to the projection booth.  We noticed right away that there was a big machine covered in plastic.  This was the old film projector that was being protected from dust.  IMAX will continue to use this film projector during the days for their 45 minute films, and then switch to the digital projectors for the evening Hollywood features.  Apparently the bulb for the film projector is so bright that if it was out of the machine, and on the roof of the museum, you could see it from the moon.  1200 watts!  Which gets really hot, so they have a water cooling system in place for it as well.  That’s what some of the pipes are that are above the machine. 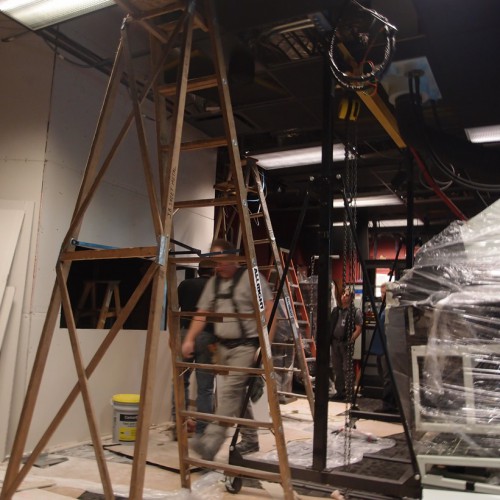 The film projector covered up in construction zone 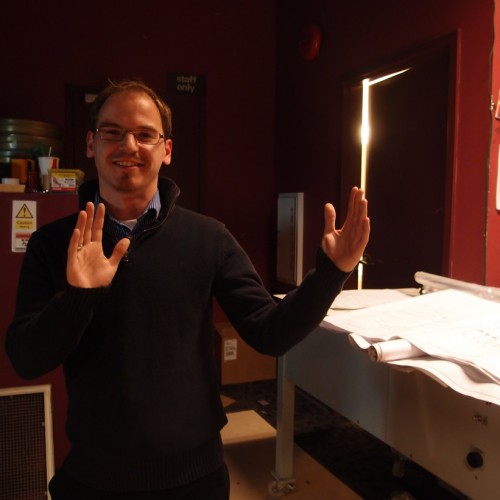 How big the film projector bulb is 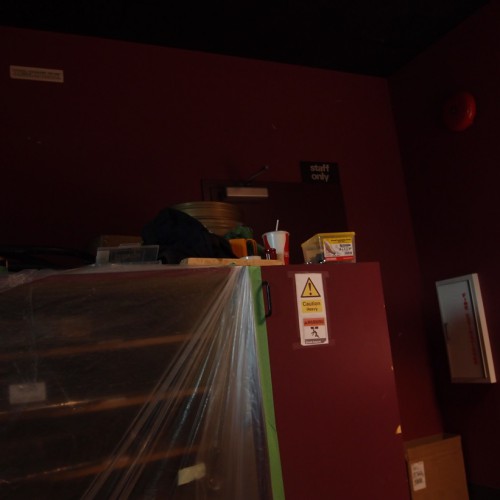 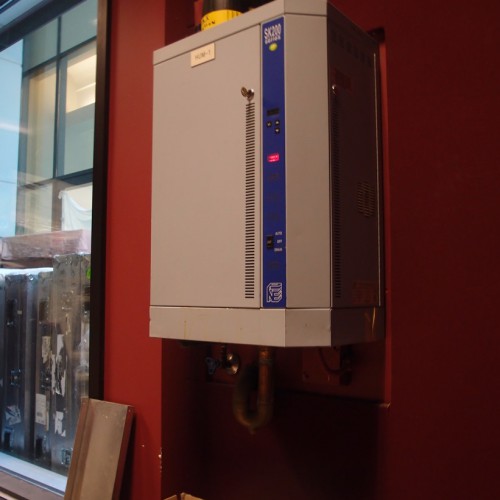 But the film projector will eventually be phased out, and fully replaced by the digital projectors.  We ran into Paul Wild, the head of our IMAX operation, and he told us about how much easier and cheaper it is to use digital than film, though he will miss the look and feel of film.  The digital projectors they are installing are just a temporary projection system.  Eventually they will have a very advanced system.  So much so that it is still being developed now.  And when IMAX gets it in a year or so, we will have one of only a few in the whole world.

We are lucky here at the Royal BC Museum and in Victoria to have such a resource to see films in this way.  But it has taken vision and a significant amount of money to make this transition happen. 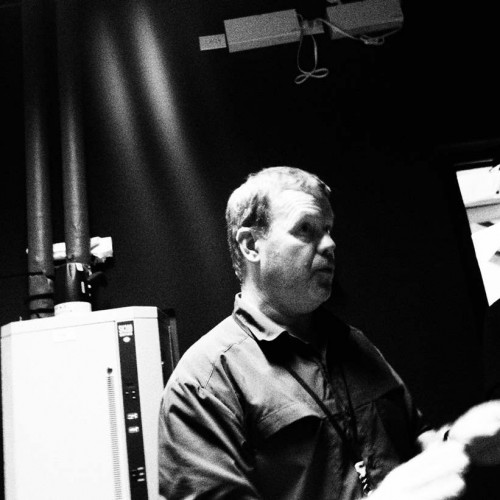 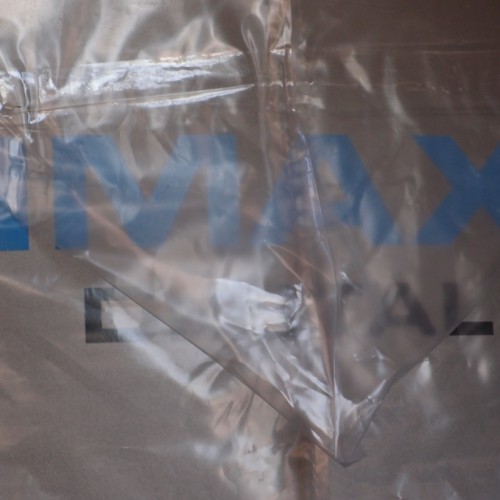 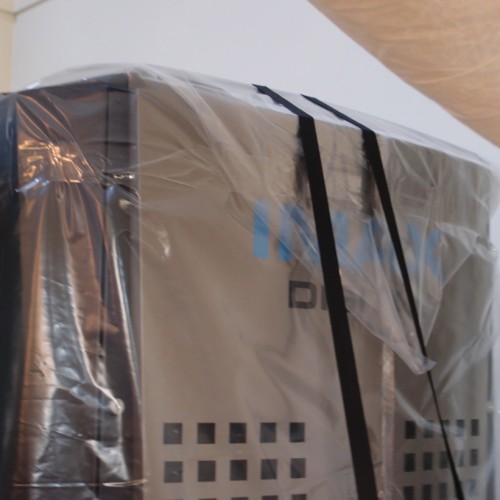 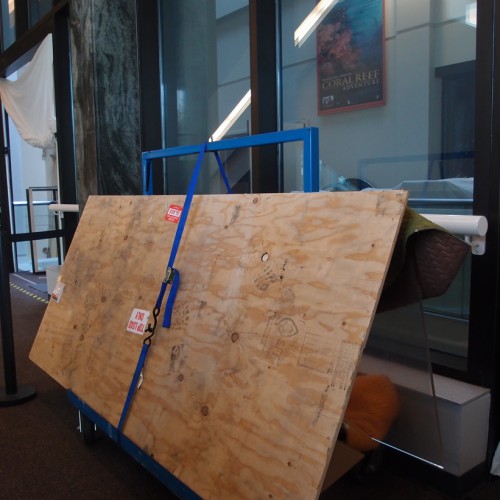 At the end of the tour, Jordan gave all the kids pieces of IMAX film.  Pretty soon these might be collector items, as the transition from film to digital progresses.  The kids tried out their film by way of sunlight and the backlit panels in Clifford Carl Hall. 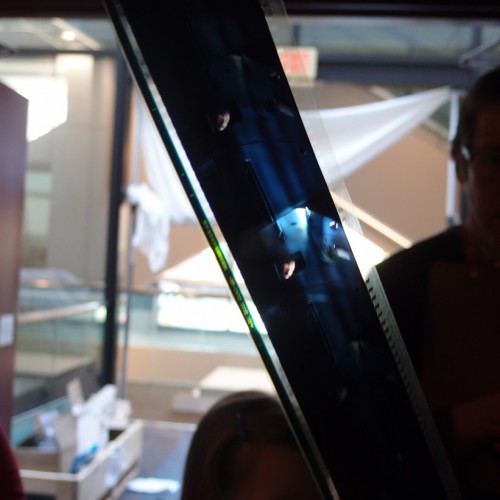 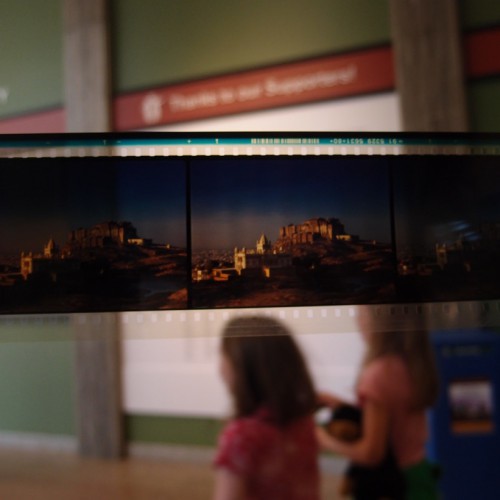 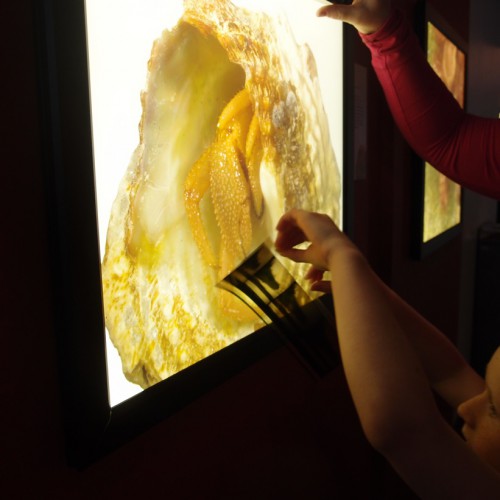 Thanks Jordan and Paul for showing us around.