After two weeks off not doing Kids’ Club, we were back at it… 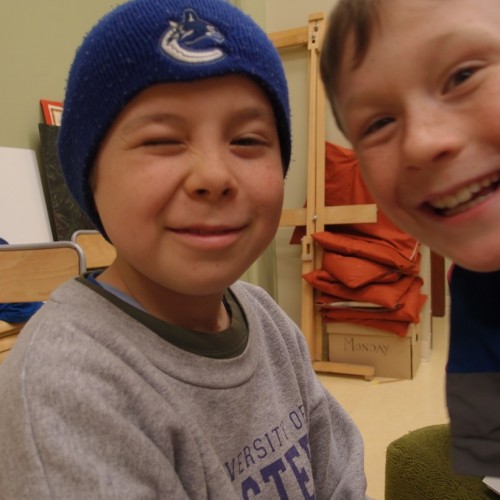 And this day we met Norm Charbonneau.  Norm has had his hand in many, many different kinds of exhibits over the years.  His special focus is on the lights and sound that make up the Royal BC Museum galleries. 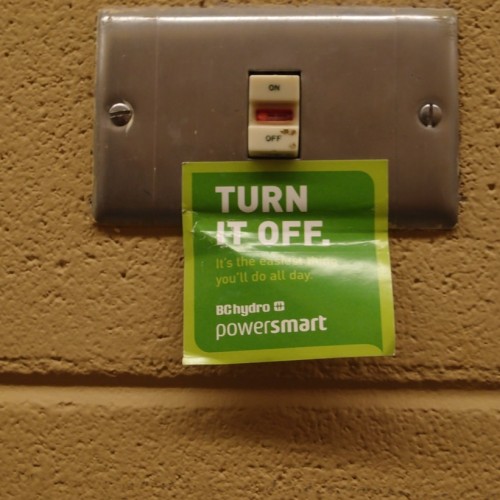 Lights along the way 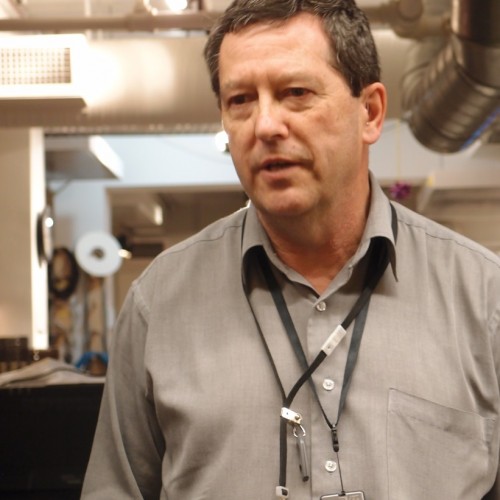 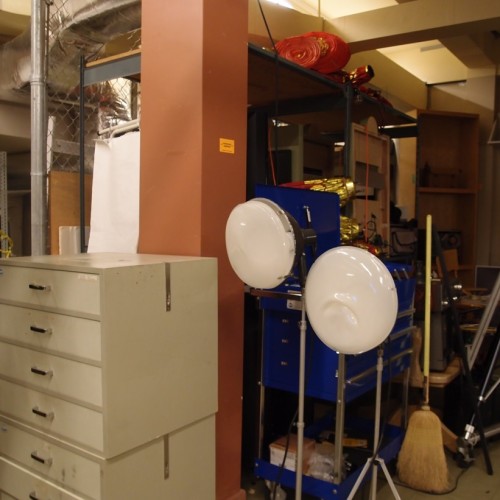 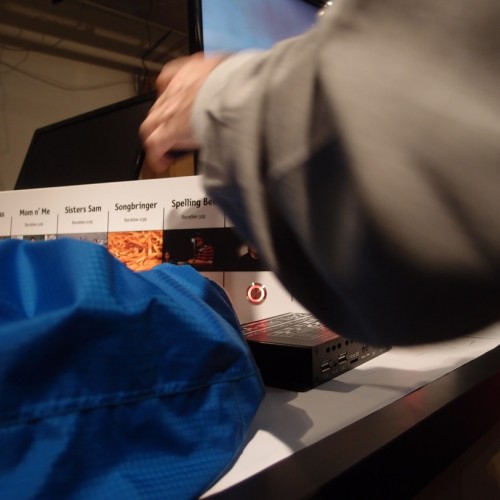 After welcoming us, Norm brought us into one of the work stations.  He had a few projects on the go, but showed off just a few.  One was a touch reactive station.  When kids from the Kids’ Club pressed a pad, some sound was activated.  Norm mentioned that whenever he builds an interactive station, he needs to think about how the machine of it will hold up.

If it’s up in the gallery, thousands of fingers will work it.  So it needs to be durable.

One exhibition that he is working on right now is Our Living Lanuages, and he showed us a screen that will showcase different videos made.  Norm is trying to figure out how best to make the display functional.

And sometimes that takes trial and error.

Which transitioned us up to a loft space above the workshop room.  We climbed up some steep steps and came to a research and development area. 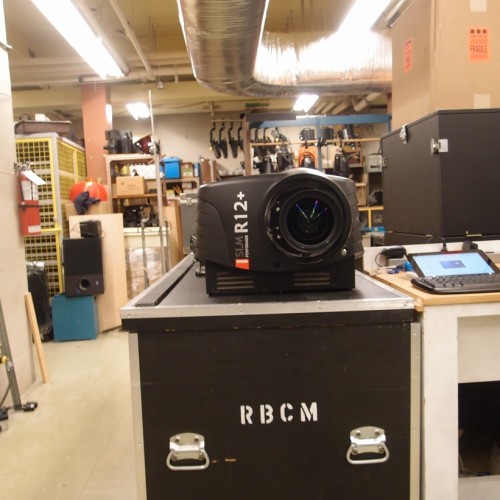 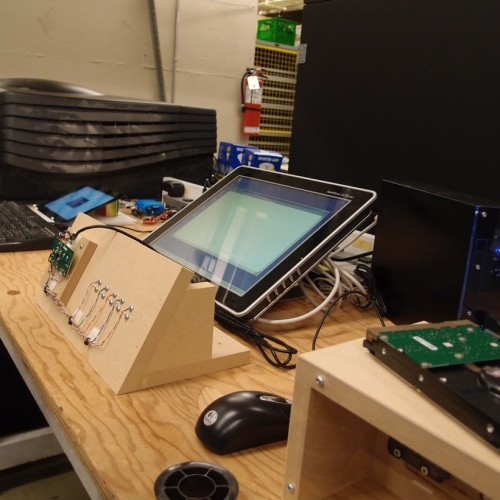 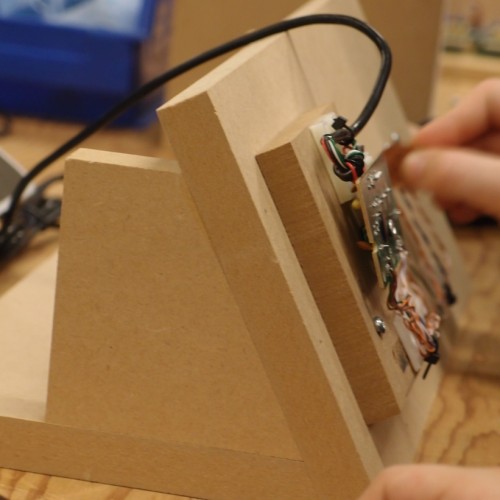 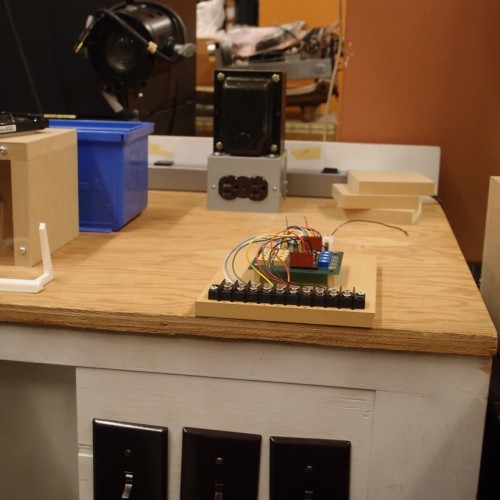 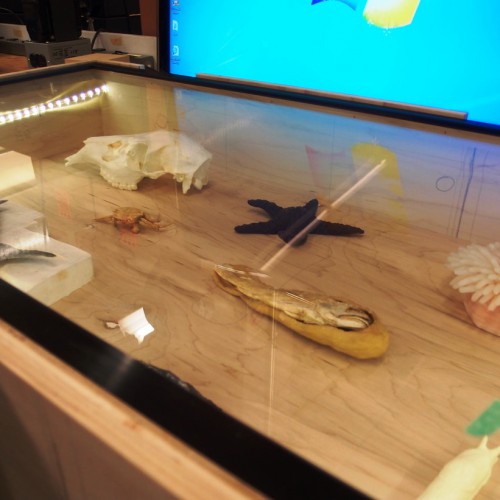 An interactive in the gallery often includes a series of triggered steps.  For example, you press this button, and that triggers something else, which then displays something for visitors to better understand the content in the gallery.  But it doesn’t always go so smoothly.  So Norm and his team builds prototypes to see what works best.  And out of that building period, they also get ideas.

And they try to figure out what works best for each particular display or diorama area.  So Fiber Optic lighting was used as an example.  With Fiber Optic lighting, you can direct light to a particular area of the display, without showing to the visitors where the light is coming from.  So that the focus is just on the objects and specimens.

Norm showed us an example of Fiber Optics in the studio, but we decided to go up in the gallery to really see it in action. 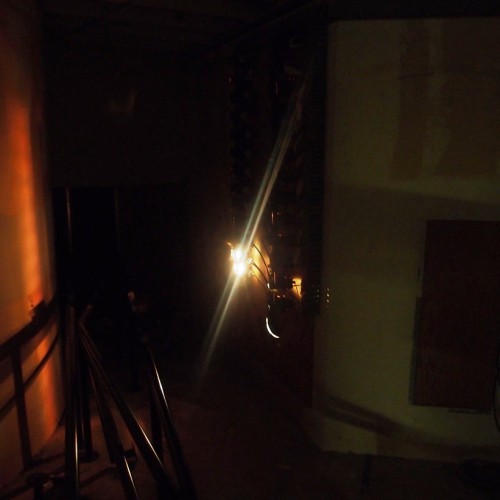 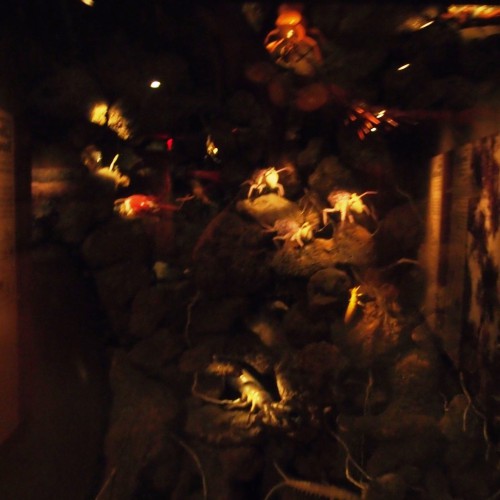 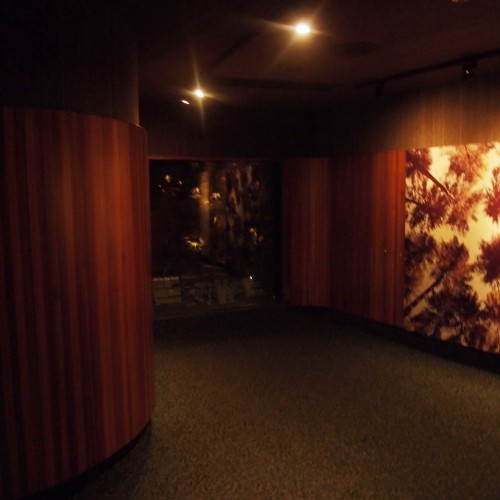 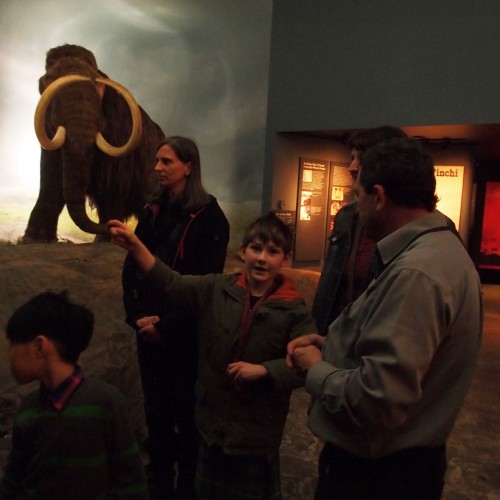 We first went behind and above the scenes, up in the area above the forest.  This is an area that not many people go to, and we peeked through a door that looked down on the underground diorama (the one with the big bugs).  Looking down we could see all the Fiber Optics lights streaming down, and could see the wiring for it all.  And we had a pretty amazing view, as if we were underground ourselves.

Then we went down to the gallery to see how it usually looks.

Norm took us over to the mammoth area as well, and talked about the ice and how it is kept cold enough so as not to melt.  Norm mentioned that there is kind of like a re-fridgerator behind the wall, that keeps the ice frozen.  The kids loved touching the ice.

And as always with Kids’ Club, the kids take all the photos.  We pass the camera around.  There are often some really surprising shots.  These are two of my favourites because they are both beautiful, but also speak to the wonder of lighting and information and communication. 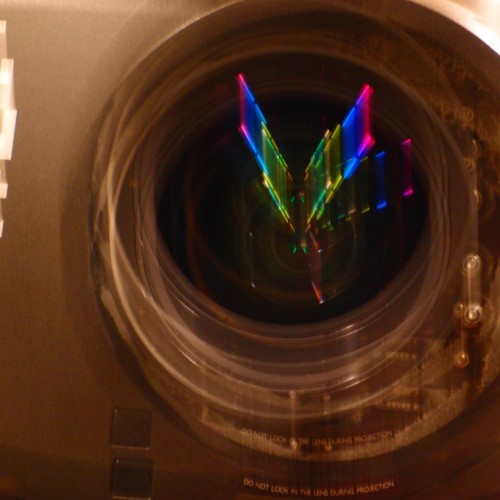 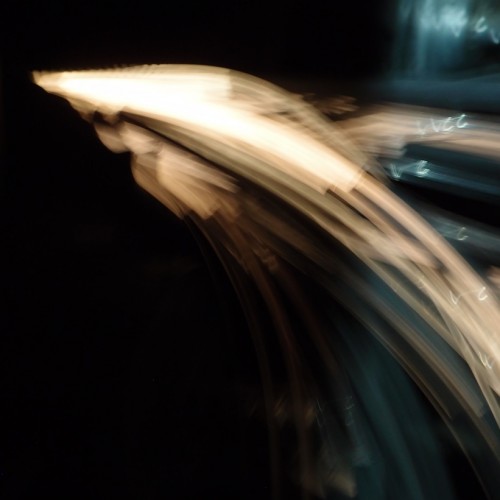 Thanks Norm for making the experience in the galleries so magical. 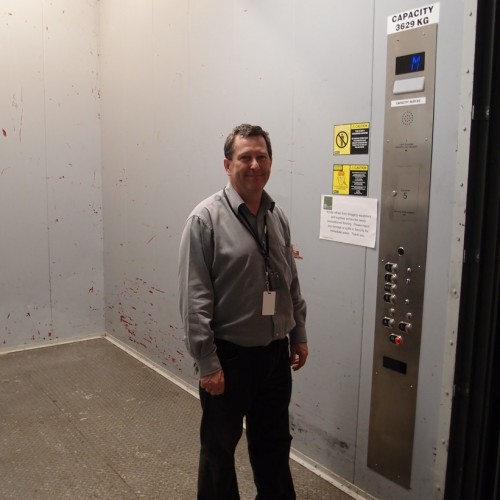