If a whale falls in the ocean and no one is around to hear it, does it make a sound? Turns out, the answer is a definitive yes – and perhaps more interesting is that the sound may serve as a dinner bell for small, deep-sea invertebrates.

While it may come as a surprise, many marine invertebrates seem to be able to ‘hear’ the vibrations associated with what we define as ‘sound’. For example, recent experiments have shown that Northern Shrimp (Pandalus borealis) can sense underwater sounds, most likely through the use of tiny receptors present on the joints of their walking legs or on their antennae. Researchers have further reasoned that in the same way, deep-sea scavengers may be able to detect and respond to distant hydroacoustic stimuli, such as the impact of a whale carcass sinking to the seafloor1. 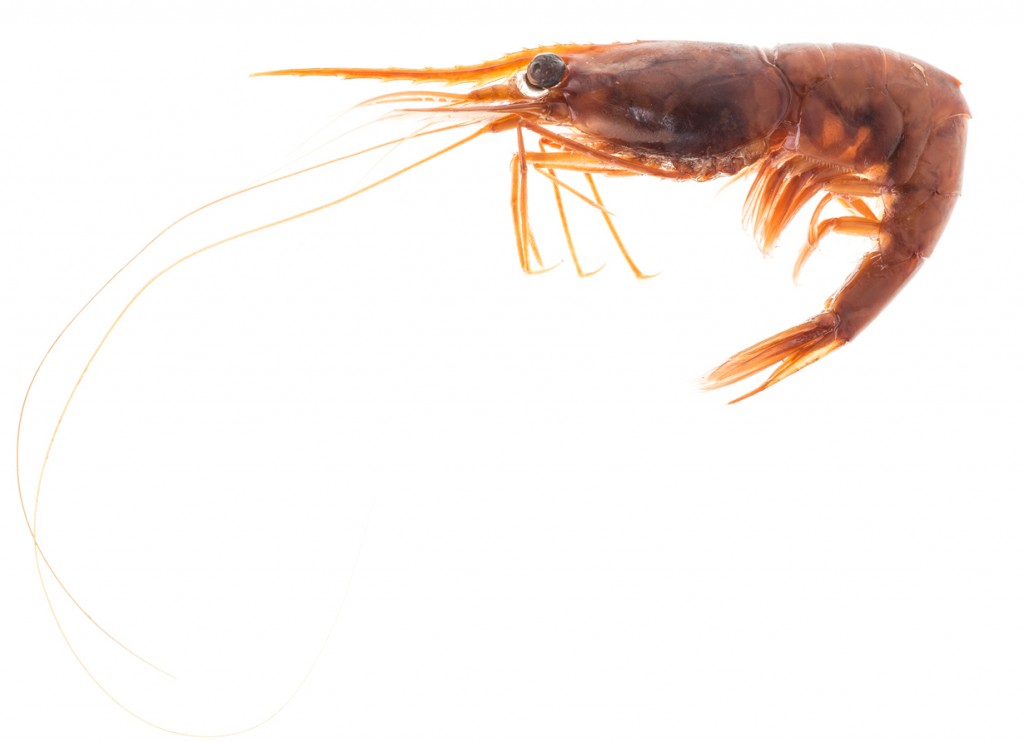 Such findings raise the question: if certain marine invertebrates can hear, can they also create sound and in turn use it to communicate?

Indeed several marine invertebrate species are known to produce sound: the rasping mandibles of a crab, the clapping shell of a swimming scallop. However, relatively few of these are known to use sound, for example in communication, feeding, or defense. One exception may be the alpheid2 shrimp (family Alpheidae).

Also commonly known as Snapping Shrimp or Pistol Shrimp, alpheid species are recognized as one of the noisiest animals in the sea. These tiny shrimp are typically characterized by an oversized, powerful claw. Curiously, this claw can generate an extremely loud popping sound, reaching over 200 decibels. These are the same crackling sounds that we hear when snorkeling over a reef and that submarines have used to conceal themselves from enemy sonar. How does a small shrimp make such loud noise?

Recent studies have demonstrated that the snapping sounds are not created by the physical clap of ‘thumb’ against ‘finger’, but rather from the formation of a cavitation bubble as a shrimp closes its claw3,4. The snapping action forces water to travel at speeds of nearly 100km per hour, which in turn causes the pressure of water to decrease and form a bubble. With a subsequent increase in pressure, the bubble quickly collapses, resulting in a loud snap.

Perhaps most astonishing is that the force from this cavitation bubble can be used to stun and kill prey as large as small fish5. The sound also serves as a means of communication as Snapping Shrimp defend their territories and interact with other individuals of the same species. Throughout these interactions, shrimp remain out of ‘stun’ range but within a distance that allows the water jet from the cavitation bubble to contact the sensory receptors on their claws. The timing, strength, frequency, and distance of the water jet all translate into signals about the size, dominance, and sex of an individual6. Consequently, this ‘sound’ can help determine either the victor of a territorial encounter, or alternatively, the pairing up of potential mates.