the 14th of 32 views- Researching the Archives

We start our new month of 32 view with the theme of Towns.  And why not start with the town all around us…Victoria.

This week we meet Archivist Frederike Verspoor, who does lots of different kinds of projects at the Royal BC Museum and Archives, one of which is a partnership with CHEK News called This Week in History. Every week there is a new addition of this series (sounds familiar), and this week they taped a segment on the early days of the Parliament Buildings.

But before meeting Frederike, the Kids’ Club kids were shown a portion of a past episode, about the opening of St. Ann’s Schoolhouse.  This got us into a discussion about what the word Archives means.  The kids didn’t know, so we were off to find out. 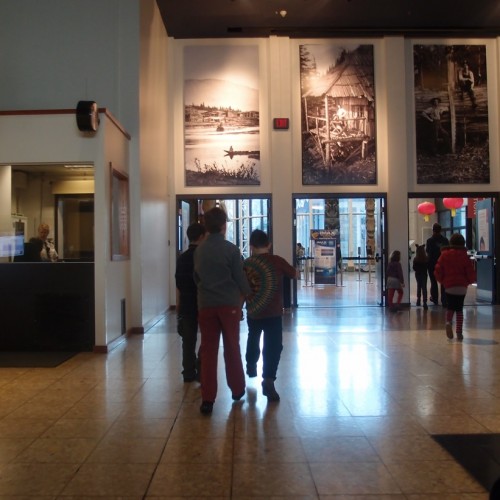 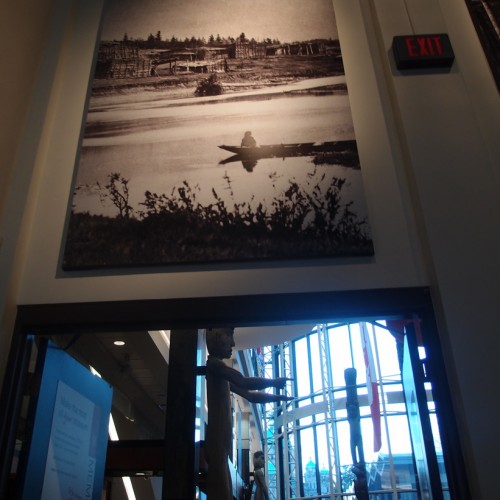 A clue about the Archives, right above our heads 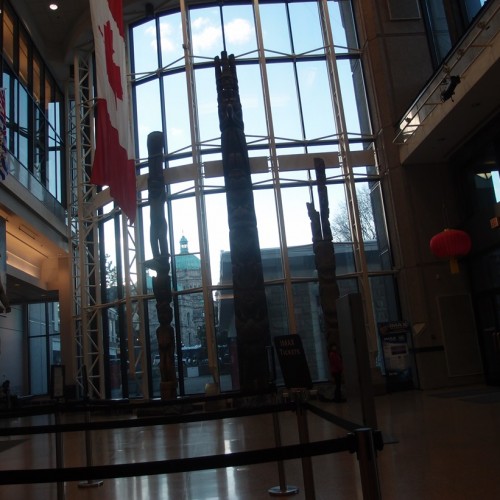 Looking through the window to the Parliament Buildings

The Archives building is connected to the Royal BC Museum through an underground passageway (more on this later), but on our way there we took the outside route.  It was cold!! 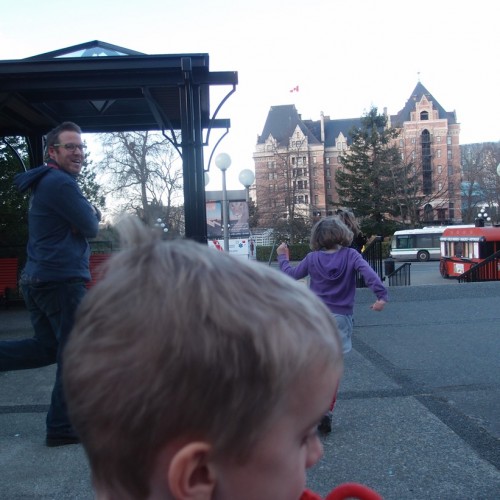 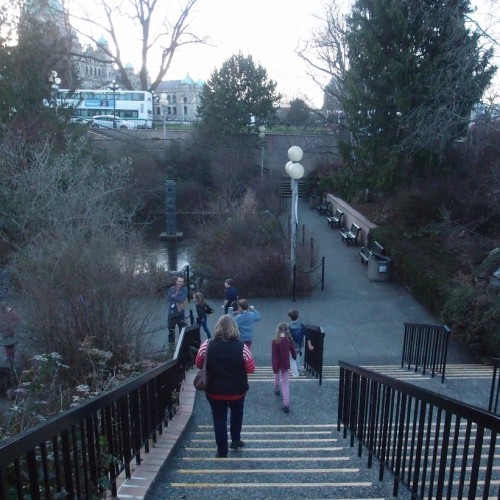 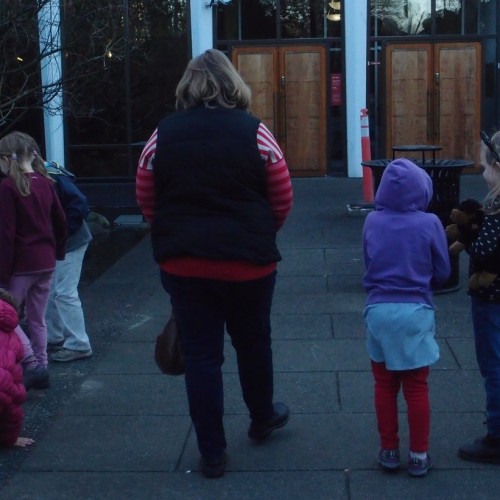 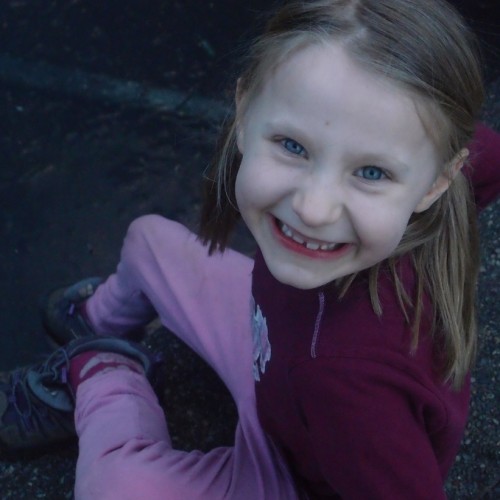 When we met Frederike, she showed us a display case with the original prospectus for St. Ann’s Schoolhouse.  The prospectus was kind of like the invitation to the opening ceremony of the school.  It told parents what they could expect if their children signed up.  This document is from 1858, and was printed by the printing press (the first in BC) that now resides in the printshop display of  the Royal BC Museum’s Old Town. 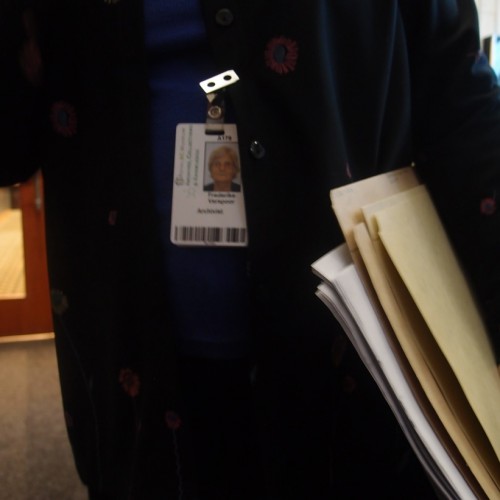 A kids eye view of Frederike 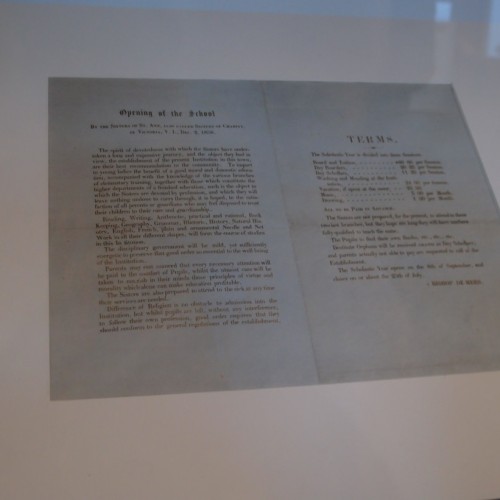 The prospectus, printed in gold…

Then it was off to the Archives Reading Room.  Frederike showed us Microfilm, and some of the machines to look at Microfilm.  Microfilm is a way to have lots and lots of information (from Newspapers, etc.)  on a very small piece of material.  Basically it’s shrinking the words down to store, and then to see it all you need to do is magnify it.

Frederike mentioned that sometimes journals and diaries are on Microfilm as well.  One of the kids asked why someone would want to have their private diaries read by others.  Good question.  Frederike said that often the journals are more about chronicling an experience (I did this, and then this happened), rather than personal feelings and gossip.  I asked to see how many of the kids keep a journal, and some do.  The Archives has some journals from kids many many years ago. 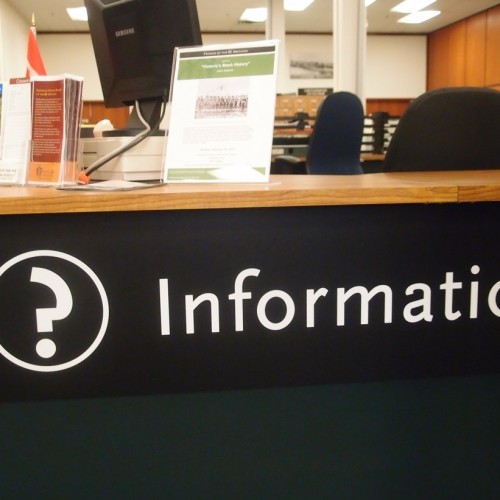 You can never have enough of this 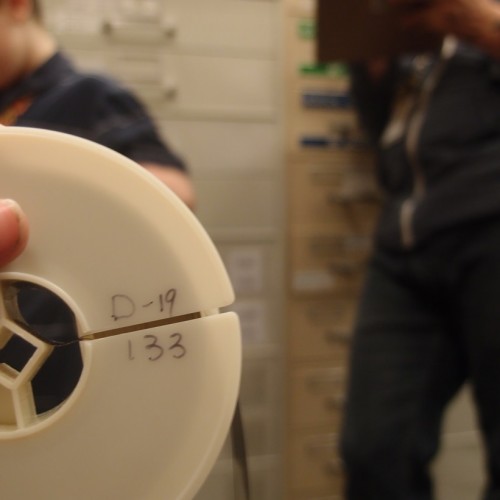 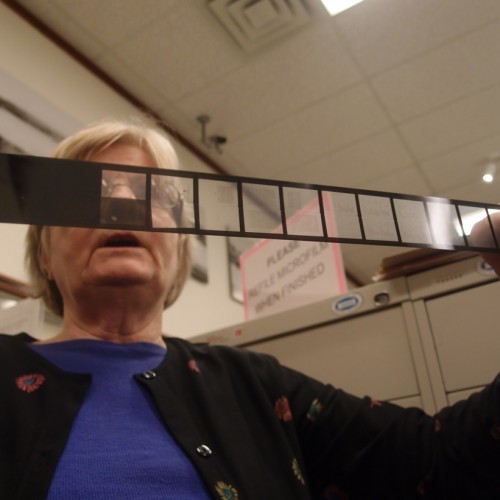 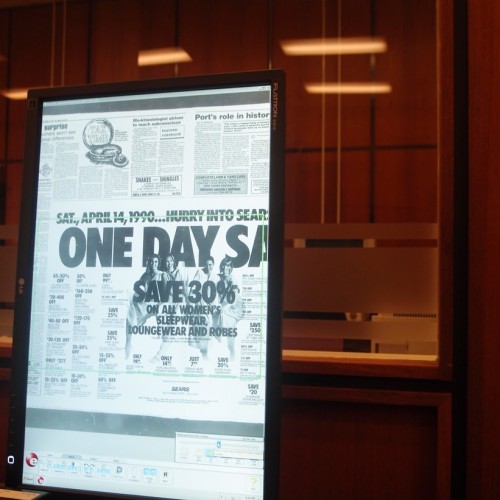 After looking at the Microfilm, Frederike suggested that we do some research.  And she thought snow would be a good research topic.  So we went over to the computers and she showed the kids how to search for visual records in the Archives database.  Frederike showed the kids how to set preferences on how many images you’ll see for any one search.  We found lots of great images.  Some from the great snow of 1916.  One of the kids wanted to search for tiger photos.  We tried, but none came up.  Frederike explained that the photos in the BC Archives collection are photos about British Columbia.  Not many tigers around here. 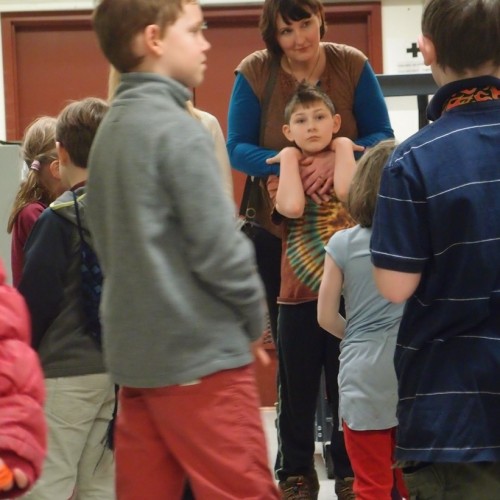 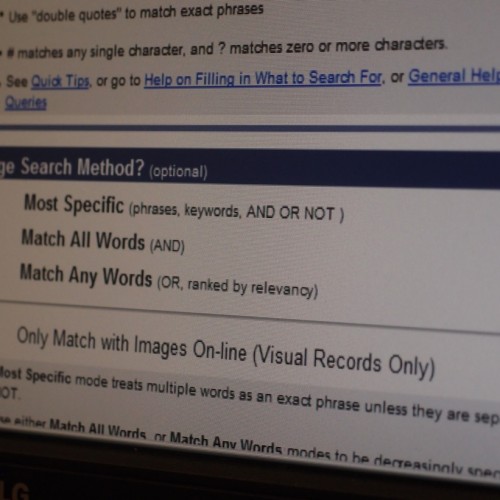 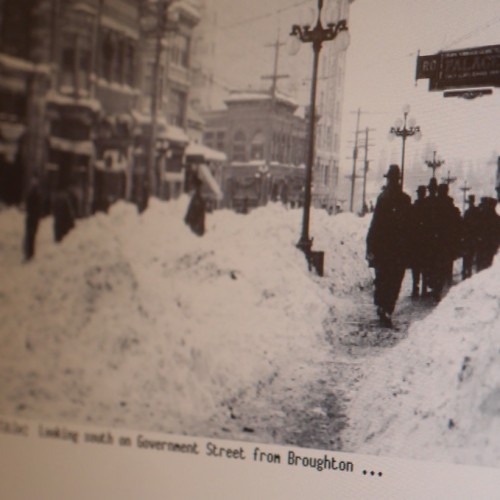 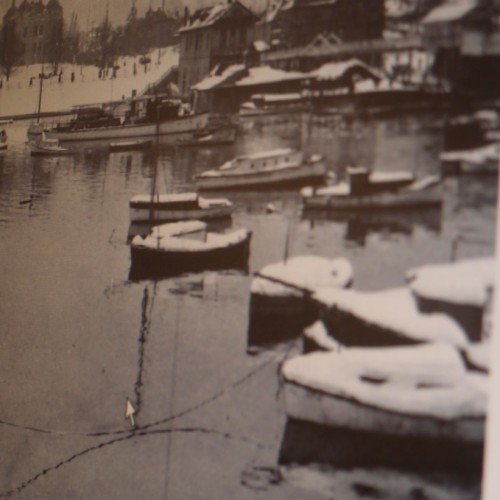 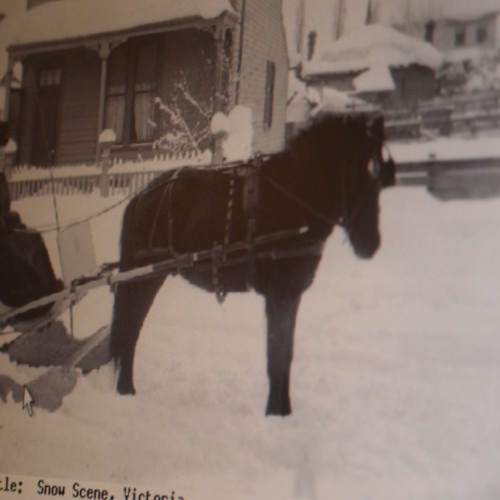 Then it was off to find out about the most recent This Week in History.  Frederike took us behind the scenes of the Reading Room, and showed us the original architectural drawings made by Francis Rattenbury.  Rattenbury was the winner of a competition to design the new Parliament Buildings here in Victoria.  This was in the early 1890’s, and Rattenbury was only 25 at the time.  What a thrill it must have been for him to win the competition. 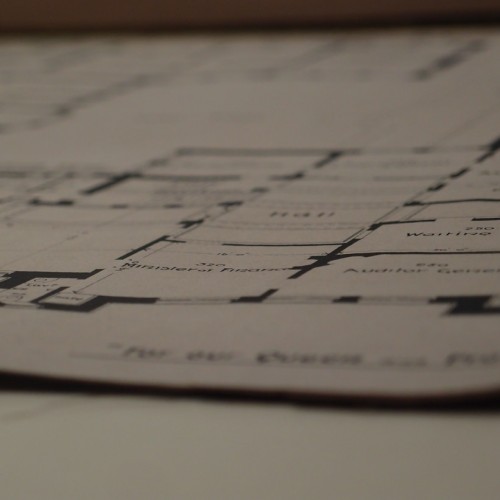 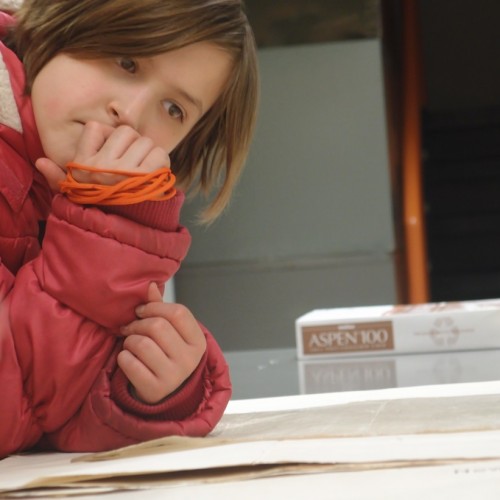 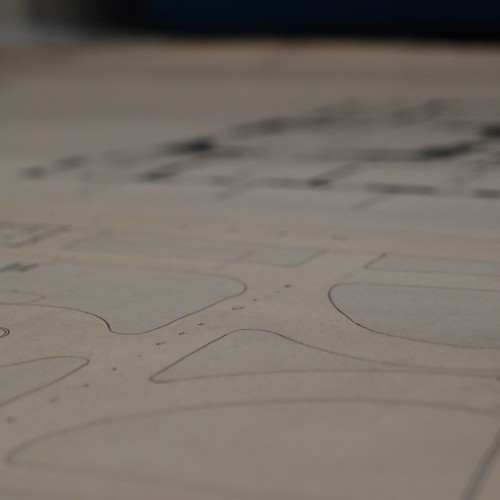 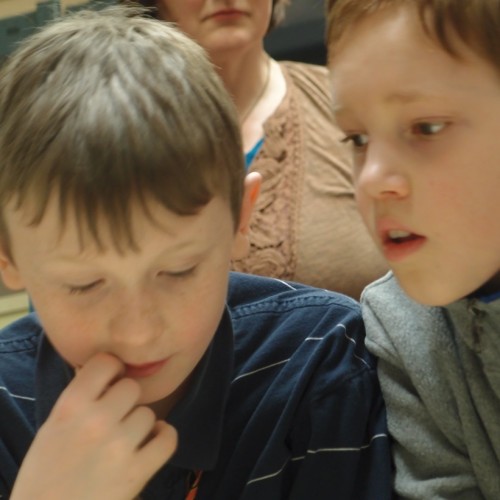 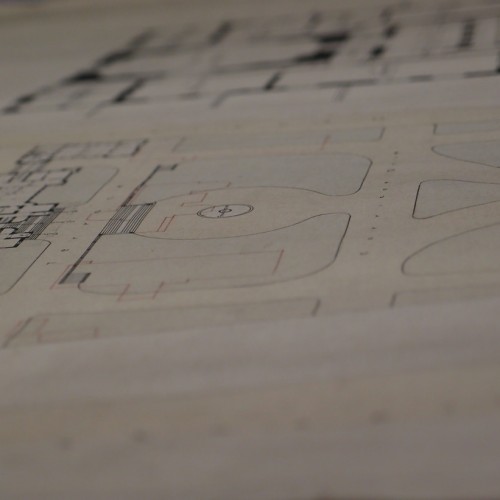 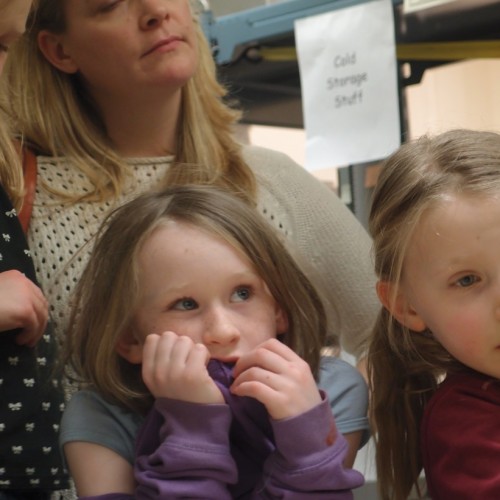 Frederike also showed another archival material, an original invitation for the opening of the Parliament Buildings.  This was a sought after ticket at the time.  Frederike said that all Victoria school kids were given the day off for the opening.  It was big deal.  And politically it was a big deal because such a grand building helped establish Victoria as the true political base in British Columbia (sorry New Westminster). 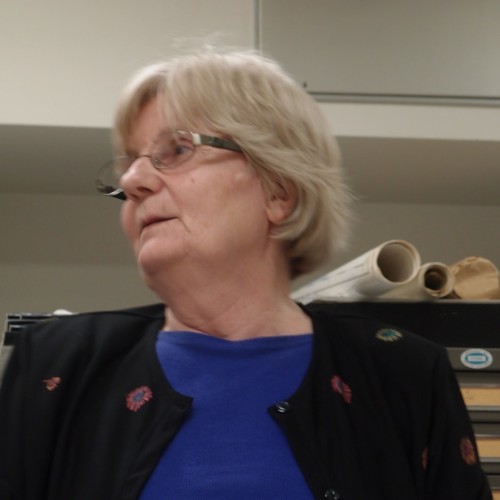 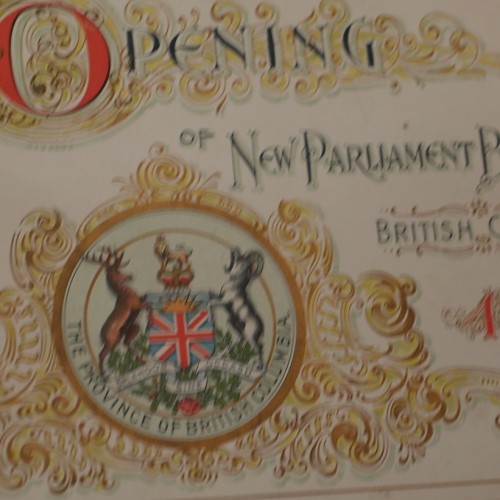 And actually the Parliament Buildings housed the Provincial Museum until the Royal BC Museum’s current building was built in 1968.  So we go way back, not just as neighbours.

In fact, there is even a tunnel that connects the Parliment buildings and the Royal BC Museum.

After we thanked Frederike, we went looking for it. 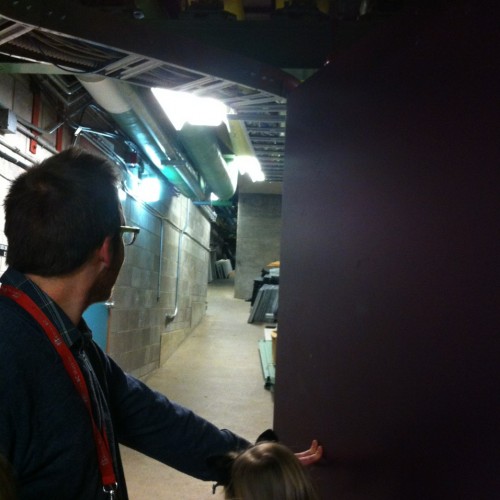 Perhaps this is it…but we’re not telling.