For the month of January, Kids’ Club has been exploring the use of words in the museum.  This week we met Sue Stackhouse, Communications Specialist.  Sue does a lot of writing for the museum…as she is often the ‘voice’ that tells the story of what is happening at the Royal BC Museum out to the world.  But it’s not as simple as that.  Kids’ Club looked around for a press release to explain the kind of work that Sue does, but we couldn’t find one.  So we needed to go search out Sue and find out what communications means for the museum.

Sue welcomed us into her office.  She explained that part of what she does is the tracking of earned media.  Marketing departments buy ad space in magazines, on TV, or online.  Communication departments earn their news coverage by sharing interesting stories about the museum and archives with newsreporters.  Sue doesn’t pay for media coverage, which means that she needs to attract attention and be smart about it.  That takes a good communication plan. 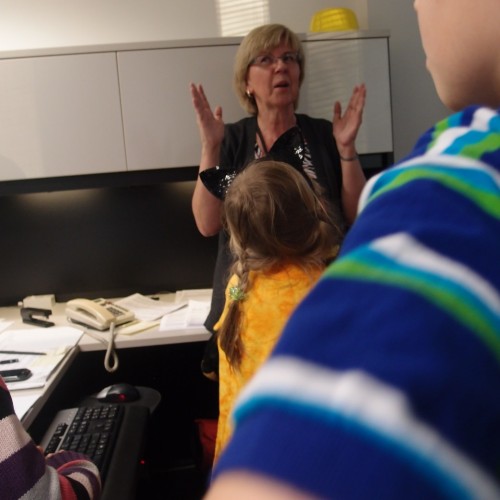 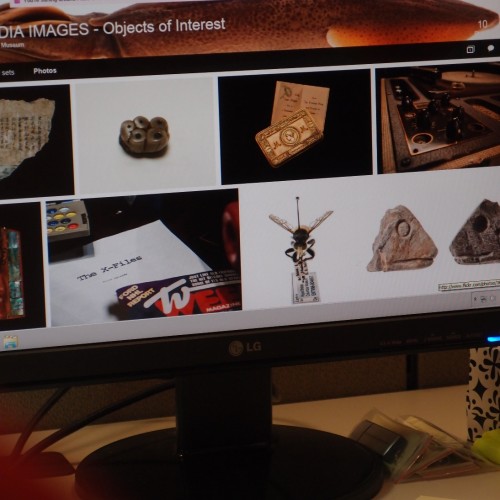 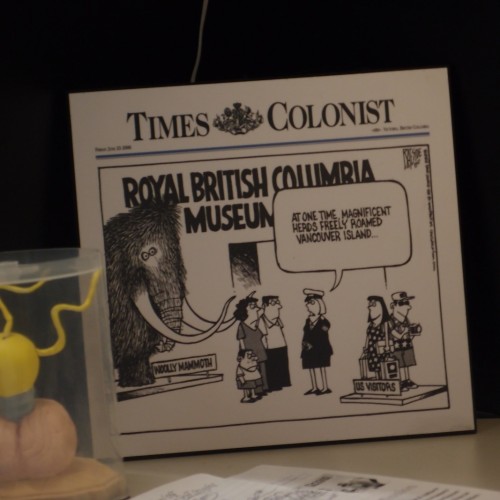 She asks herself when would be the best time to let media know about particular exhibitions or events, who to target to match interest, and how to provide a clear connection between what we are doing and the reporter’s audience.

And though usually the communication is about exhibitions and events, there are also things that happen that Sue needs to respond to.  When watches from our display cases in the gallery recently went missing and were found…that was a story.  Sue organized a press conference to announce the exciting development, and to thank the police department for good detective work.

Other times she responds to particular requests.  She showed us what she was working on when we came into her office, which was a request from the Vancouver Sun for images from our collection.  She thought the pilot script for the X Files was a good suggestion from a colleague, for the Vancouver audience.

One of the Kids’ Club kids was also interested in the comic by Adrian Raeside on Sue’s desk.

So Sue does lots of things, one being media openings for exhibitions.  She told us about the opening for the Wildlife Photographer of the Year exhibition in November.  So we thought that maybe we should have another one, but a Kids’ Club opening.

We talked about the different people that would be part of a media opening (CEO, museum photographer, winning photographers, tv media, print media, radio media, bloggers).  Each kid at Kids’ Club got to pick one of these roles.  The “media” picked up their press passes and media kits. 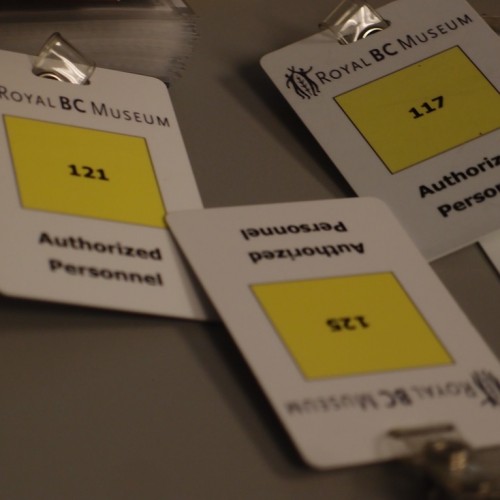 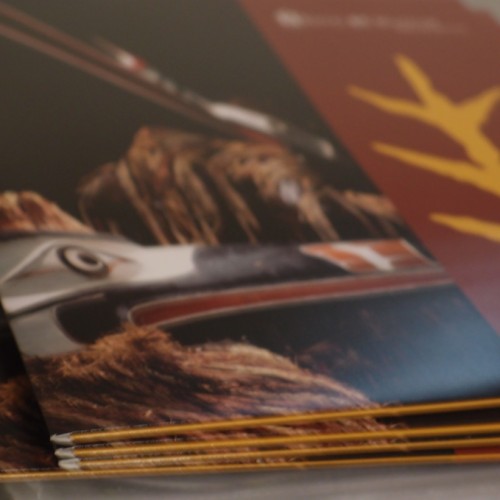 Then it was off to the gallery for the media opening.  So exciting!

The stage was set.  First off our “CEO” for the day welcomed the media to the museum.  He mentioned how proud he was that there were three photographers from BC in the exhibition.  He then introduced them all, and each spoke about their winning photograph.  Two of them had taken a photo of a tiger, and one of a brown bear. 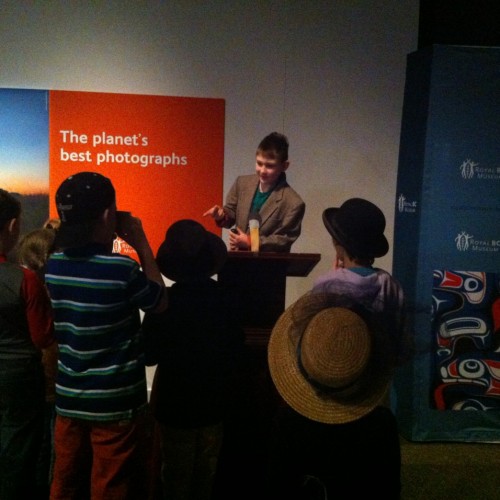 “CEO” for the day 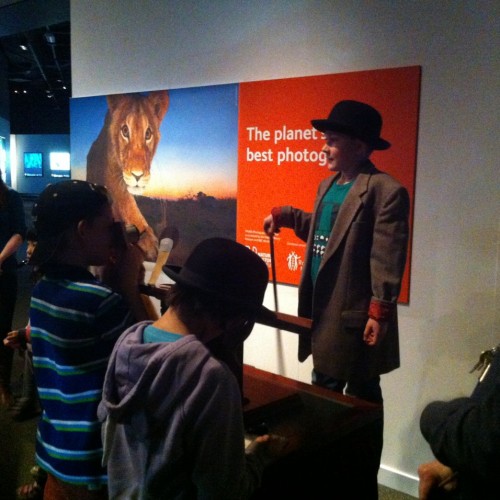 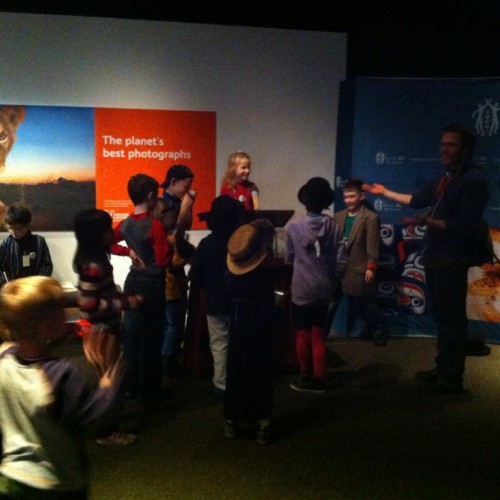 One of the winning photographers from BC 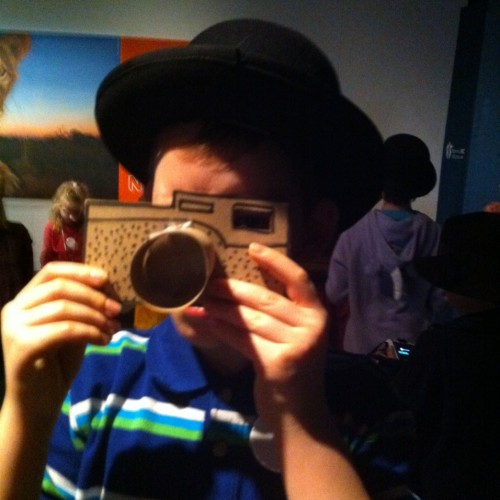 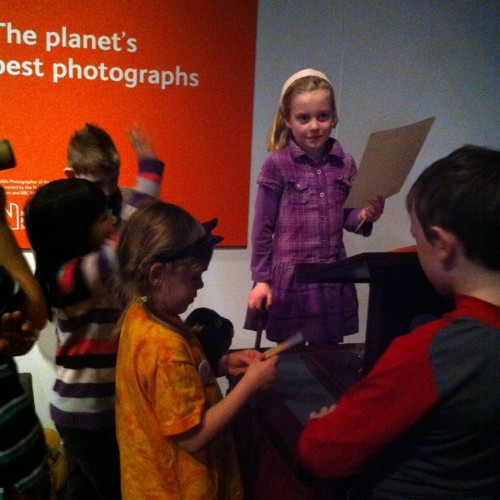 A question from the media 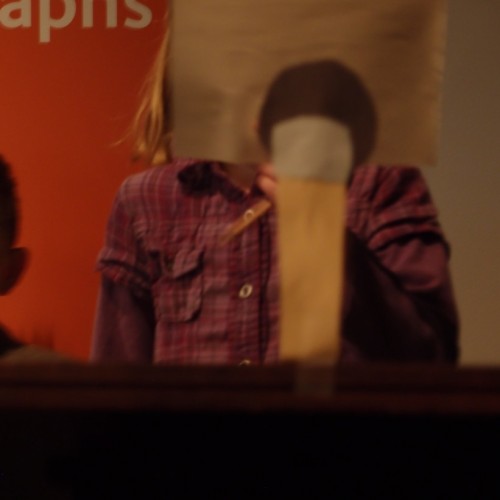 Right away there were questions from the media.  ‘Where were you when you took the photo?’ ‘Were you scared?’  The photographers answered all the questions beautifully.

We asked around to the media to find out which outlets they represented.  We had a blogger from SchoolBlog.com, a radio reporter from Kitty Dot Dot, and a newspaper journalist from OceanReport.  Some of the finest news outlets in all of Victoria!

Sue then commented that at this point in the event the CEO would invite everyone to go into the gallery where media would be able to interview the individual photographers.  Sue said that during this time she acts kind of like a choreographer, helping each reporter to get the interview or video or  photograph they need.  It can be challenging, but she usually has help with these openings.

But is all worth it.  For Wildlife Photographer of the Year we’ve had lots of great press.  From Victoria, BC and beyond…in many different languages.

Thanks to Kids’ Club for the fantastic fake media event.

And as this Kids’ Club was on #museumselfie day on twitter, here is a collection of museum selfies from the day. 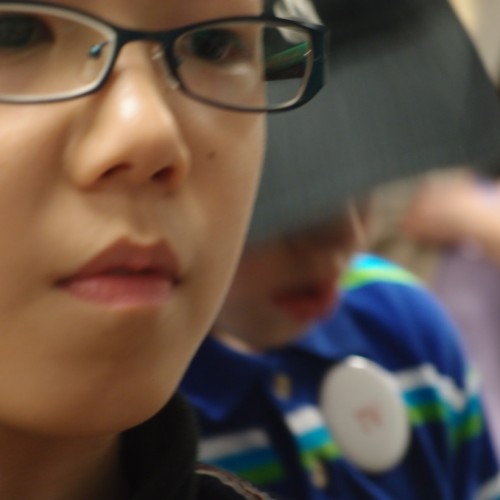 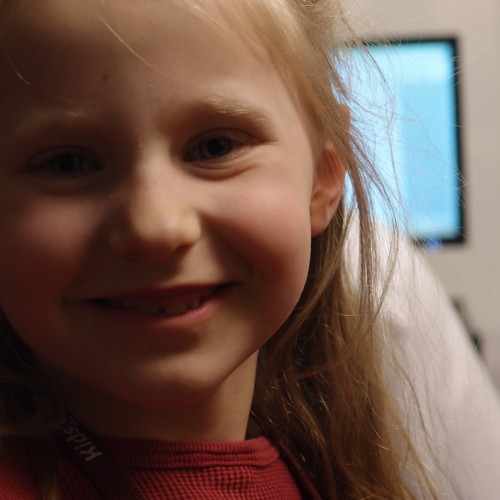 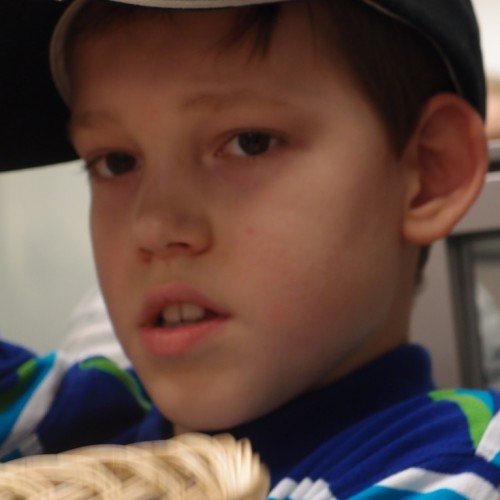 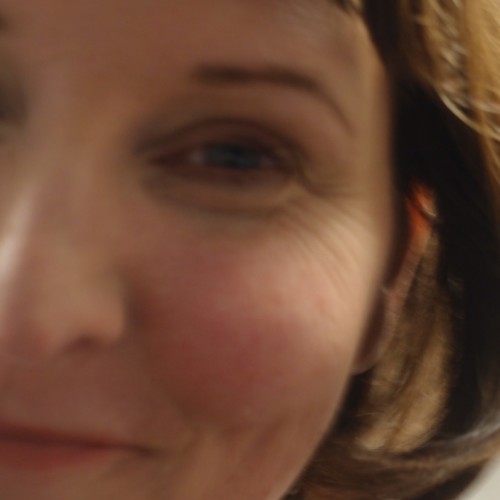 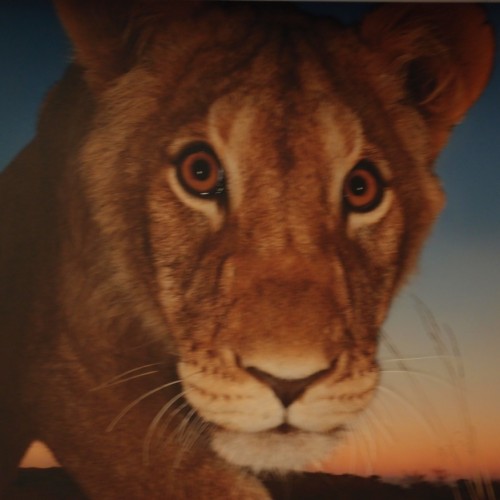 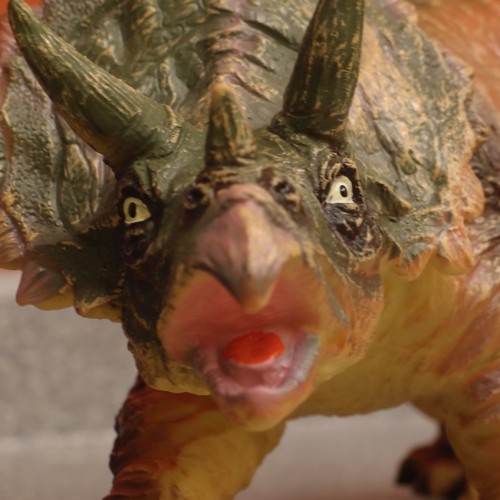 Speaking of hashtags.  Next week for Kids’ Club we’ll be live tweeting with our social media wizard, Eric Espig.