It appears that the organization that has tracked the risk of doomsday was even closer to the truth than they may have thought possible.

The method the organization uses is based on the number of minutes to midnight. The time code for midnight is 00 hours, 00 minutes, 00.00 seconds. It turns out that for a period of time those eight zeroes were also the launch codes for the missiles that would have led to the events that this organization was trying to avoid.

This would have made it very easy for the WOPR to break the code when it played Global Thermonuclear War. Luckily the codes were changed in 1977, six years before the WOPR tried to crack them in the WarGames movie. One can only hope that John Spencer, who played the person who refused to launch the missiles at the beginning of the movie, had a word with President Bartlett to ensure that the codes were secure during his tenure in the West Wing.

Hopefully the British Columbia Legislature does not face the same dilemma.

We enclose you herewith a package of printed direc-tions for working the combination of the Vault Doors, the locks being all set on the numbers 20, 30 and 40.

The vestibules are all numbered on the inside frame just over the top of the outer door, that is : on the inside opposite our silver plate name plate; and the doors both outer and inner are numbered to correspond. You will find an outer door and the accompanying inner doors packed together in each box, and the boxes are also numbered to correspond with the vestibule to which they belong, so that we think there will be no difficulty in hanging the doors in their proper place 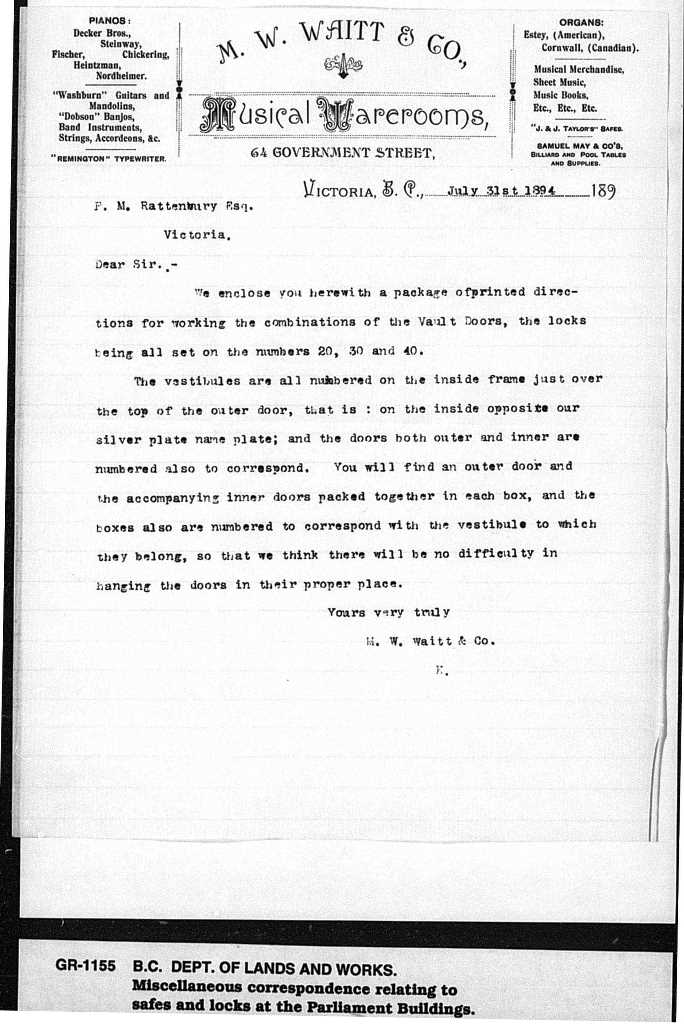 It appears that several of these safes were purchased at the same time.

I can only hope that Mr. Rattenbury changed the combinations for these locks as soon as he took delivery.

The instructions on how to change the combination for these safes was also included with the above letter if anyone needs to refer to them still. 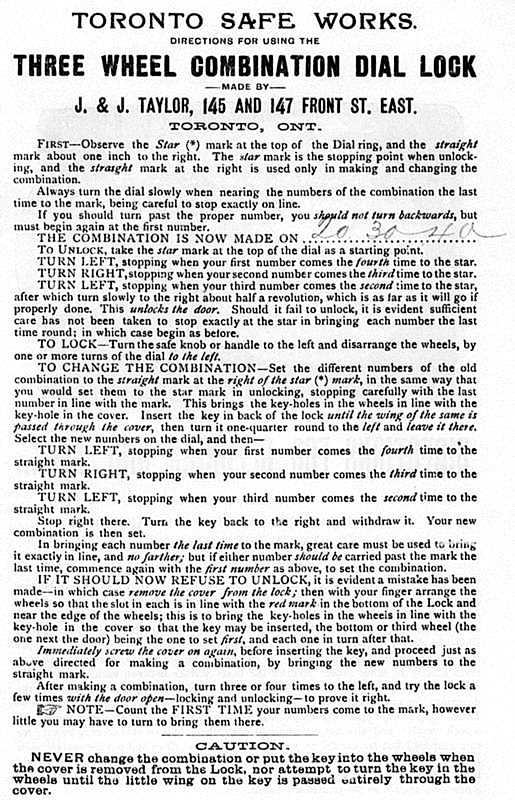 Mr. Rattenbury may have also taken delivery of a Hall’s Patent “Victor” No Key-hole Combination Lock whose combination was set at 10, 108, 58.

Here are the instructions for this safe and how to change the combination. 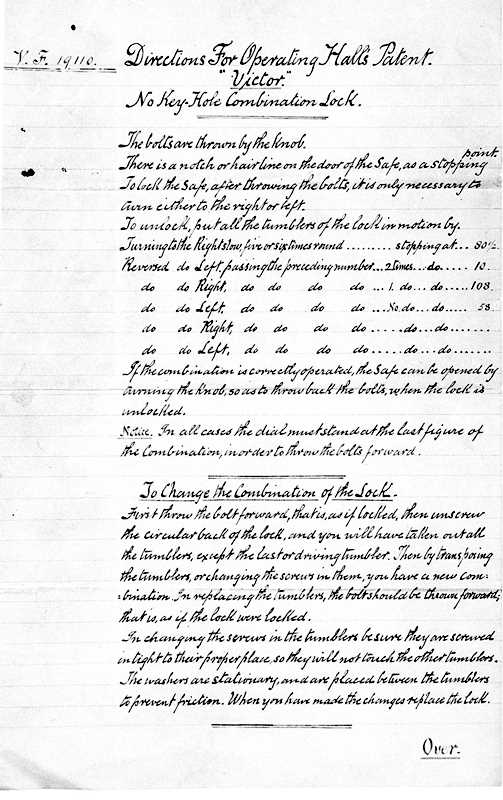 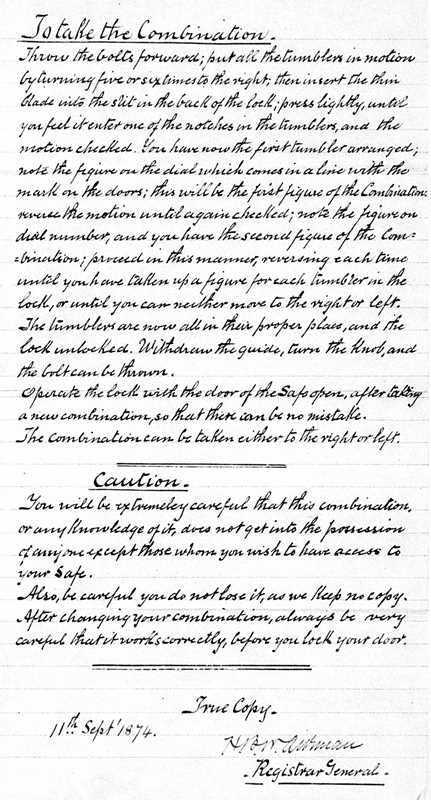 If you have pictures of the safe doors as they were installed in the BC Legislature, I would be most grateful. If the picture is posted to an online photosharing service, I’ll be happy to post the link!