the 10th of 32 views- Writing reviews

For the tenth week of afternoon Kids’ Club, I asked the kids to imagine that they just moved from somewhere far away (someone suggested Russia, so Russia it was).  How would they know to come to the museum.  Some thoughts:

All good ideas, and brings us to our visit today.

We were off to go meet Kathryn Swanson, the Royal BC Museum’s Membership and Marketing Coordinator.  But on our way the kids noticed that the lobby looked different.  Can you tell the difference? 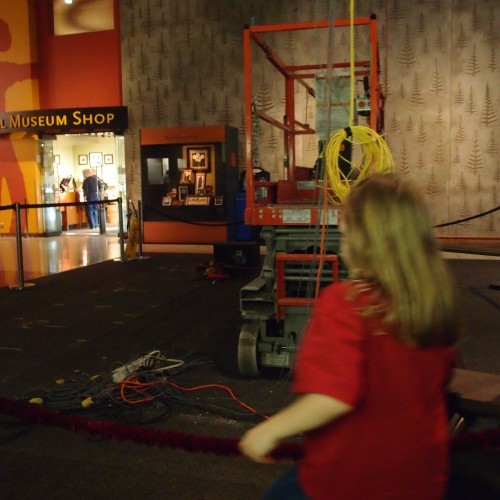 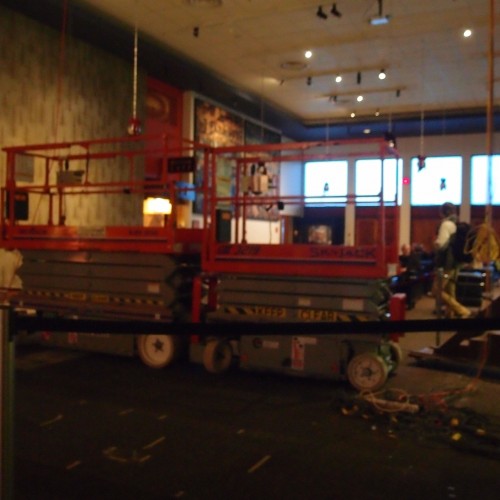 That’s right, no map.  The big BC map was taken down this week to provide a more open feel to the lobby.  Ok, on our way to the tower…

Up to the second floor where we wandered over to Kathryn’s office.  Here Kathryn talked about the work that she does.  She said that in the marketing department, they are always interested in finding out the best ways to let the public know about the exhibitions and programs that are happening at the museum.  And to do that she needs to be creative and work with lots of numbers as well. 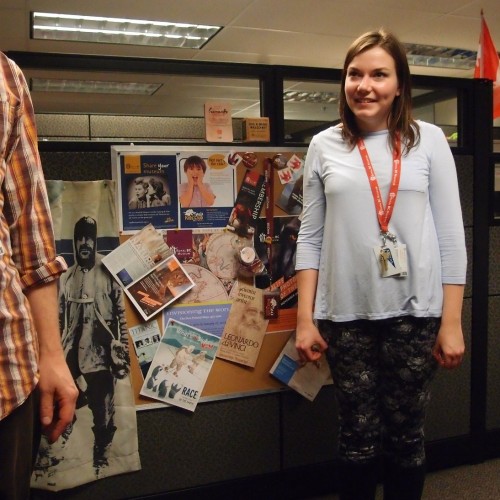 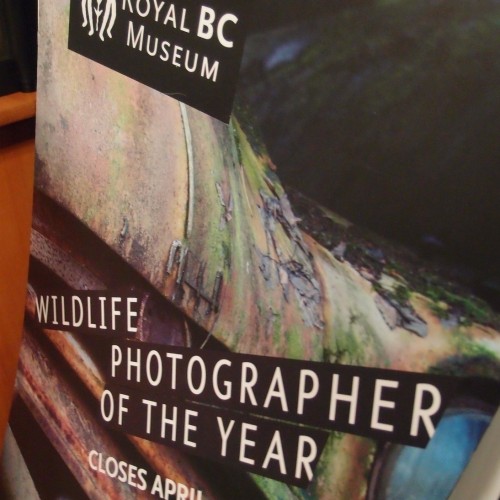 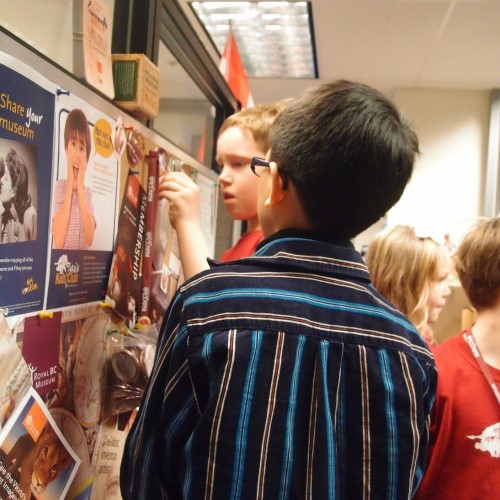 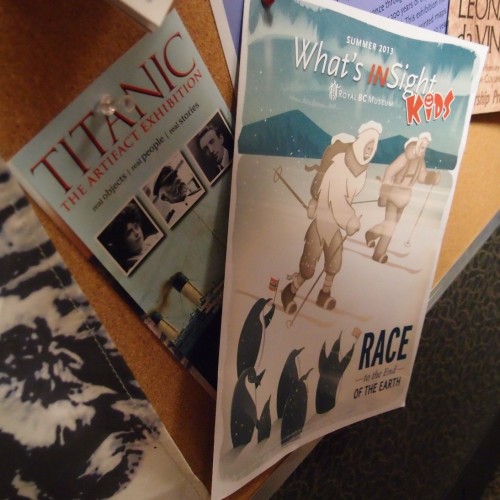 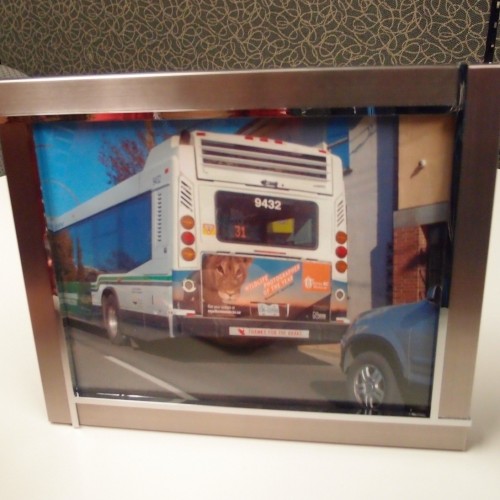 She showed us a photo of an ad that was placed on the back of a bus, she showed us rack cards that are in the museum and around town.  One kid asked how many copies does she make.  Kathryn gave a big laugh and said…oh, lots.  Thousands.

She also said that she puts together a museum magazine, called What’s INSight.  And that for the issue coming out in March, she needed the kids help.  They were all game.

But we had to go over to the Wildlife Photographer of the Year exhibition first. 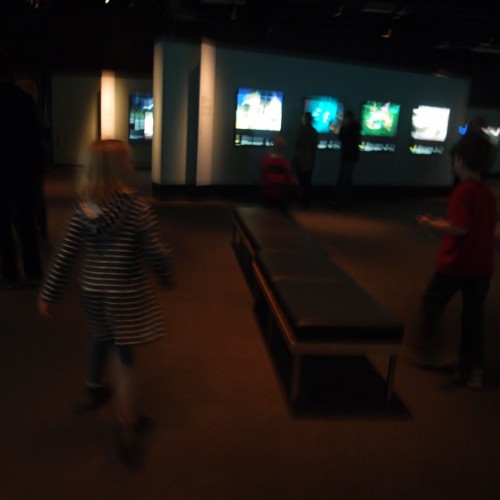 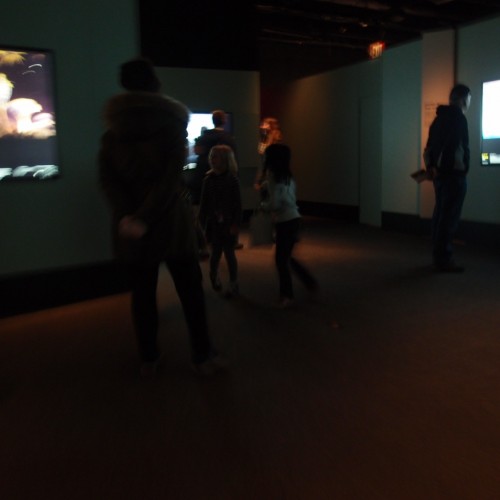 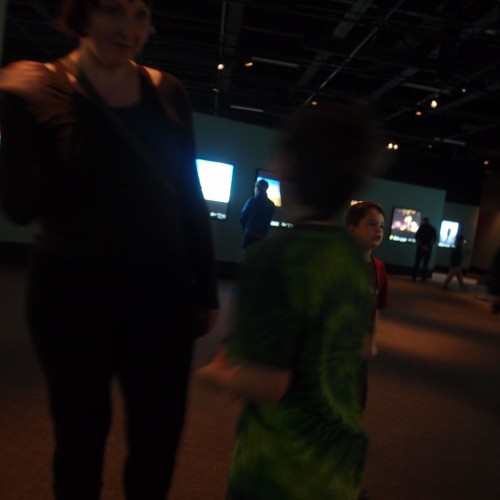 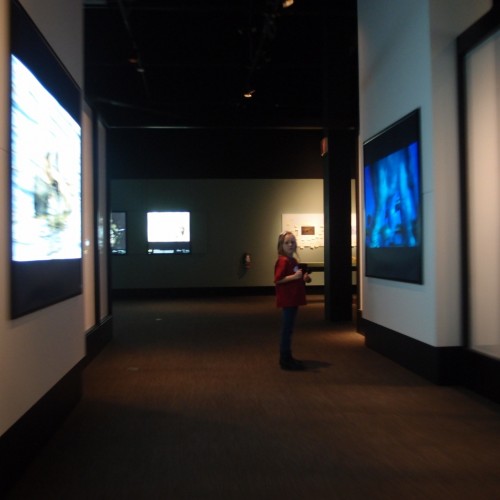 Kathryn asked the kids to look around the exhibition and think about what they like about it or what they wanted to see more of, so that they could write a review.  While doing this one kid even noticed that one of the photos in the exhibition was the same on the rack card that they had seen earlier.  Good noticing.

Then we went into a special side room, kind of like a writing studio, where they could write up their reviews. 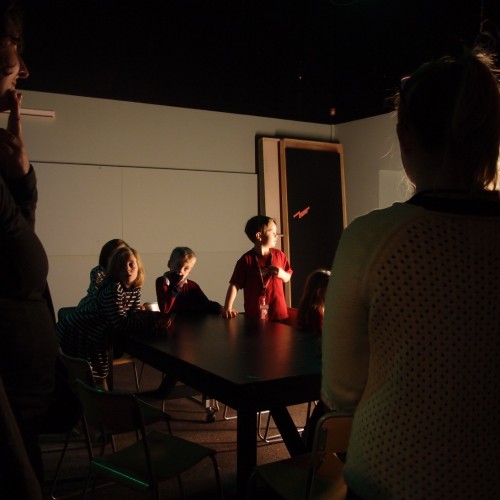 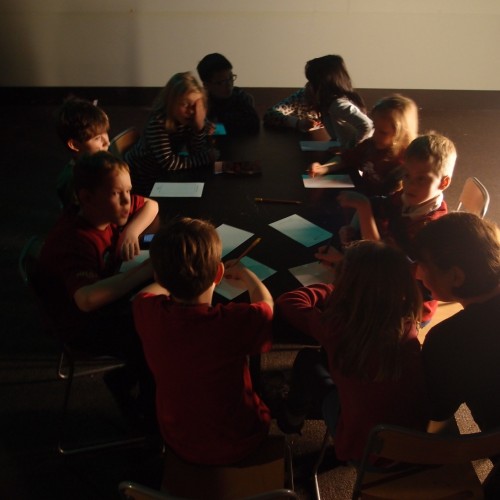 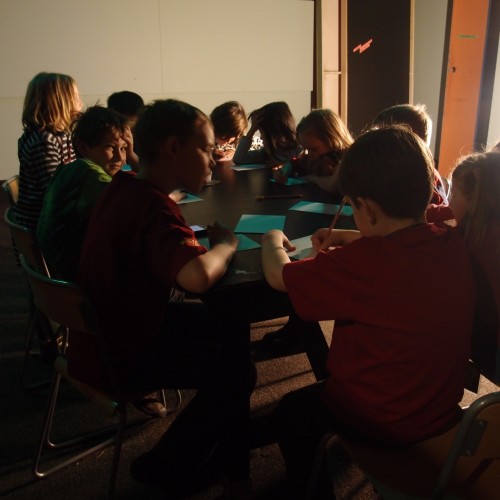 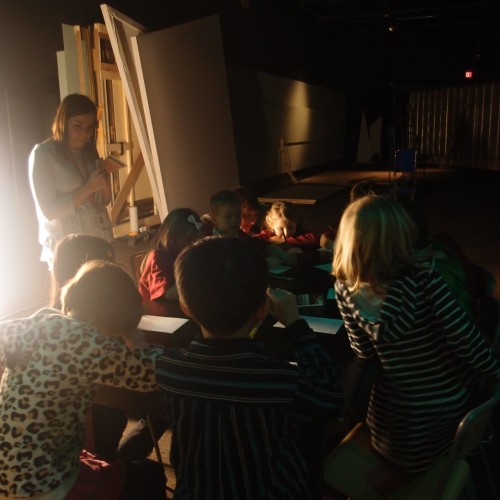 They wrote up wonderful reviews.  But you’ll need to wait until March to read them…look for them in the next What’s INSight magazine!

Thanks Kathryn, and thanks to all the families.