the 8th of 32 views- Conservation

This week I started off the session by having us look at this object, and asked the kids if they knew what it was or what it is used for. 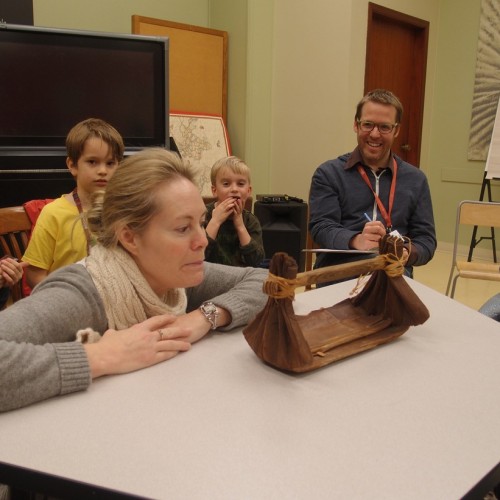 All really interesting guesses.  It’s actually a cedar canoe bailer, used to get water out of the bottom of canoes.  But some of the kids noticed that it looked broken.  Which it is.  So what happens when we have a broken object at the museum?  We take it to the conservator.

So we were off to meet George Field, one of our object conservators here at the museum.

When we were let into the conservation lab, it was like a forest of animals. 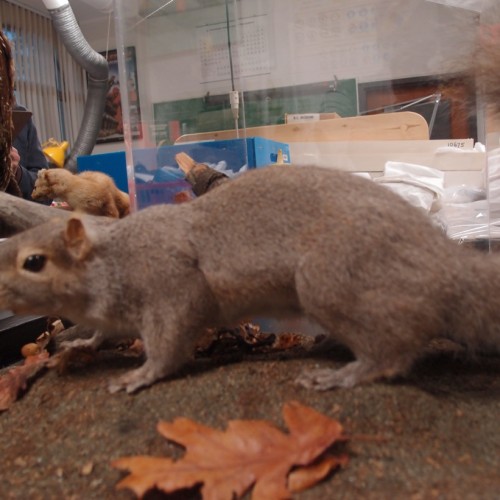 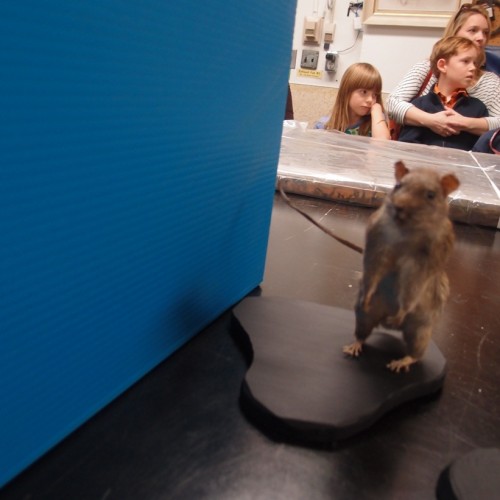 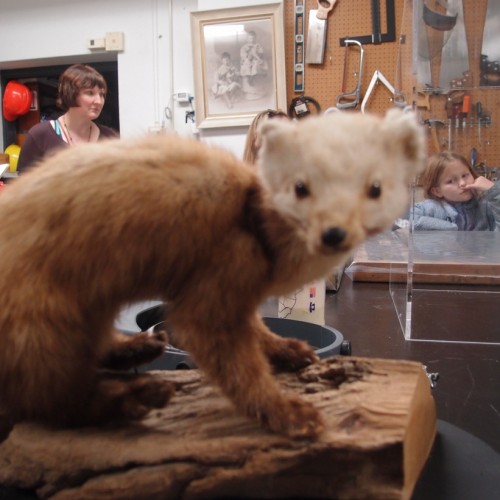 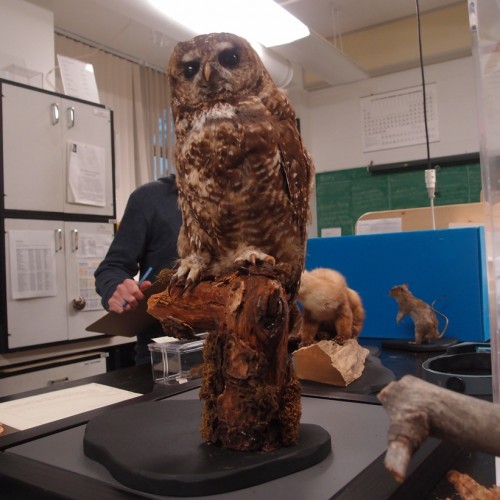 George said that one was hiding, and he reached into a box and pulled out this. 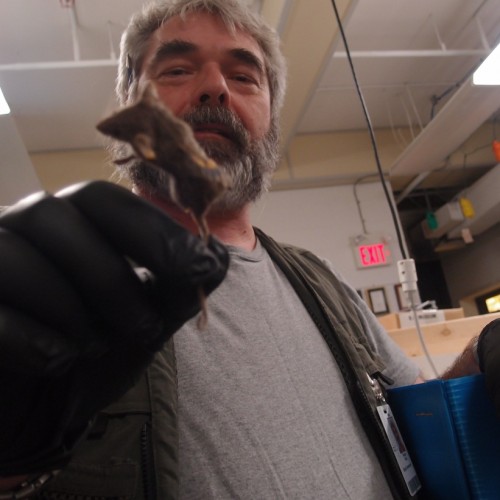 So why were there all these animals around?  George let us know that all these animals are going out on loan to the Museum of Vancouver for an exhibition that they are having.  And George is helping to prepare the animal mounts before they go out.  Preparing involves cleaning and checking for harmful things like arsenic and lead.  George mentioned that with older animal mounts, they used to use arsenic and lead to make sure that bugs wouldn’t get at them.  However we now know that those things are really dangerous to humans, so our conservation staff makes sure that we know which animals are safe to touch.

And when you are working in this environment, you need to be safe.  So that means gloves, and a face mask, and a lab coat.  Here is Stephanie, our conservation intern, all ready for work! 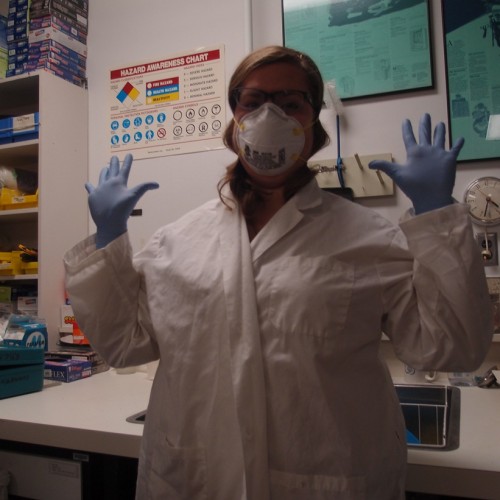 We also showed George the canoe bailer, and he had a look at it.  He explained what they would do to fix it and held on to it to do just that.  Thanks George.  He also showed us these fancy magnifying glasses that helps him when he works, which all the kids got to try on. 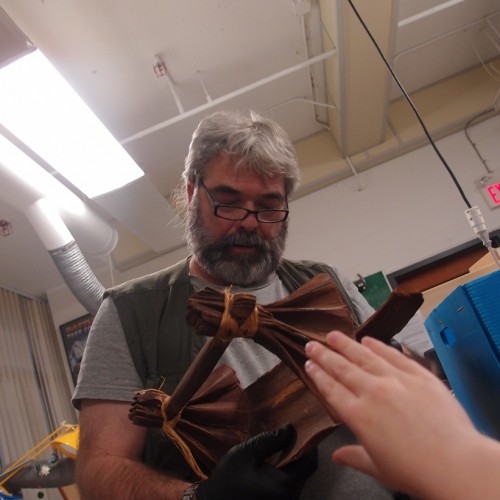 Take a look at this George 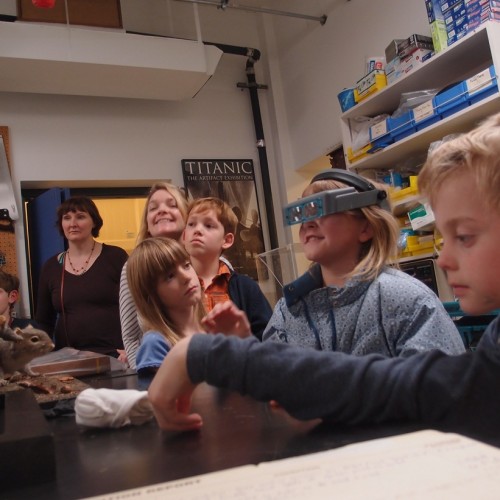 Down in the basement there are the larger animals.  So we went to go look. 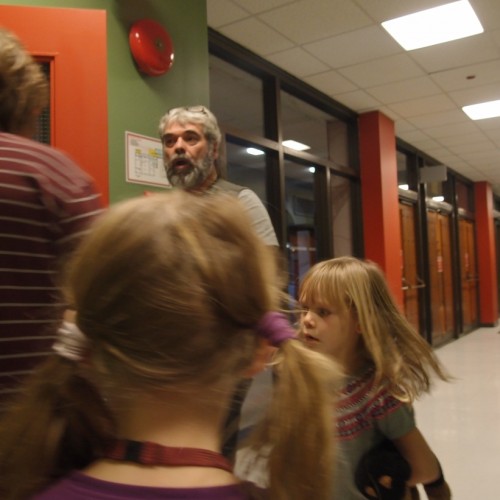 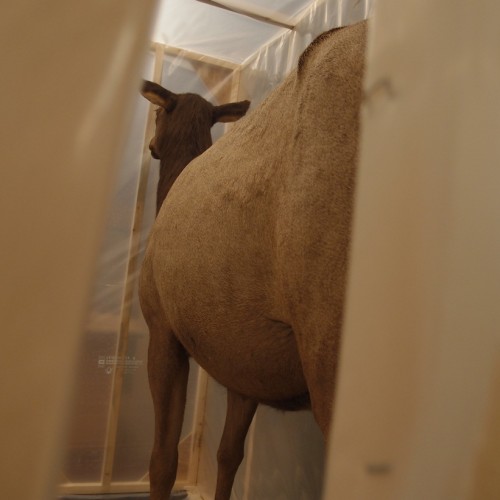 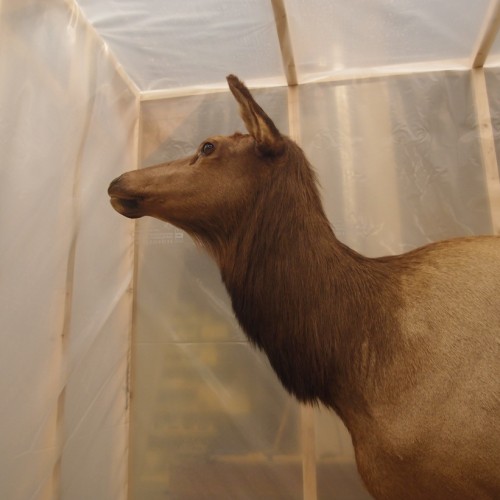 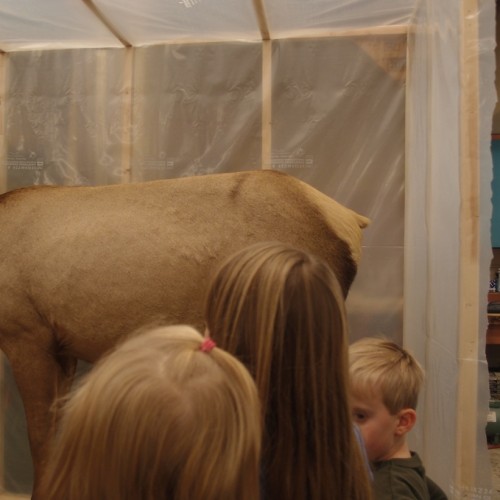 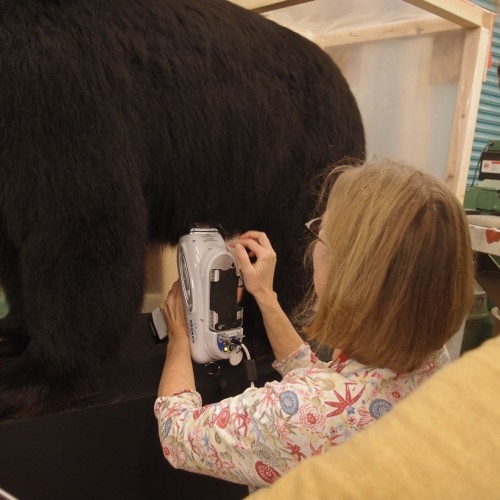 That last image is of Lisa Bengston, another of our object conservators.  She was using a high tech XRF (X-Ray Fluorescence) machine to do a chemical analysis of this bear.  There is a lot of science that goes on behind the scenes at the museum.

And George and Stephanie took us up to the First Peoples gallery to show us some more science at work.  And they mentioned that it’s the ‘science of a clean room’.  They said to kids, what if you only had to clean your room every 10 years?  That got the kids attention.  Well, they had the answer for this.  You just need to have positive pressure fans.

They showed us in the Argillite Gallery, and took us through a secret door to get there. 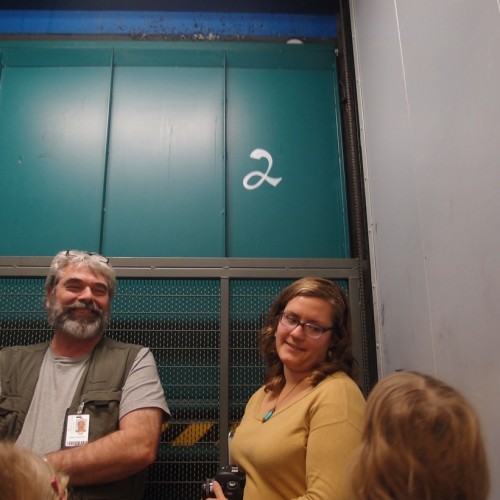 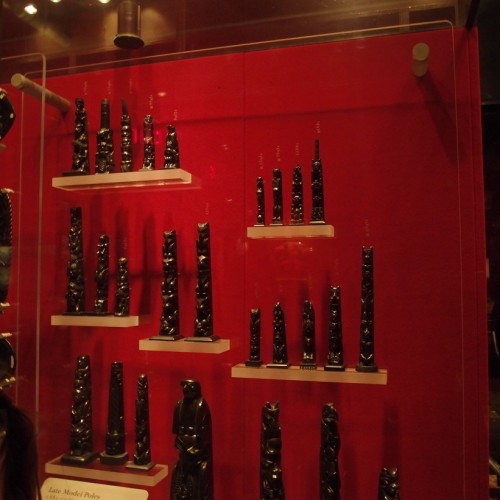 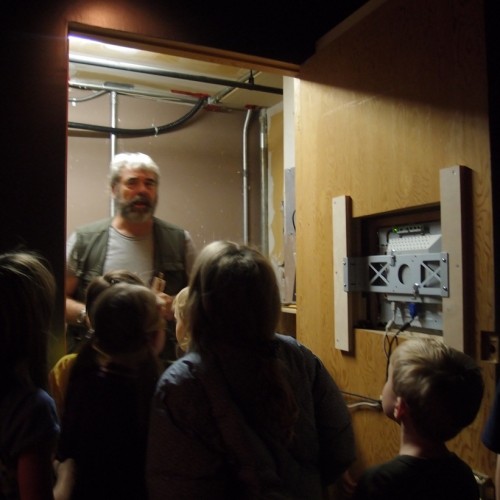 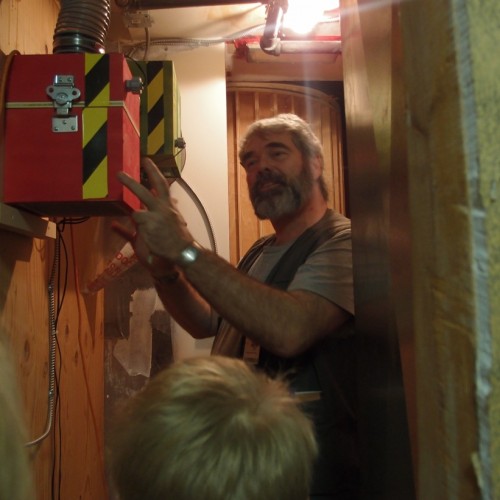 The way it works is that the fans push air into the display cases all the time (24/7), and that circulation pushes the dust out of the display case.  So everything stays clean.  The machines behind the scenes are working hard to make sure the objects are safe and clean and protected.

And that’s what George and Stephanie said about what the conservation staff does at the museum.  They ensure the protection of museum objects from bugs, mold, etc. as we found out from the Argillite Gallery, and they repair objects as we found out with the canoe bailer.

We asked Stephanie why she is interested in becoming a museum conservator.  She said that doing this job allows her to take part in all the different areas of the museum.  She likes the science of it all, and she likes looking at and working with objects.

George has been at the Royal BC Museum for 25 years, and Stephanie is a few years into your journey in conservation.  We were happy to learn from them both.  Thanks you two!