Hobbies – everyone has one – some of us have too many. 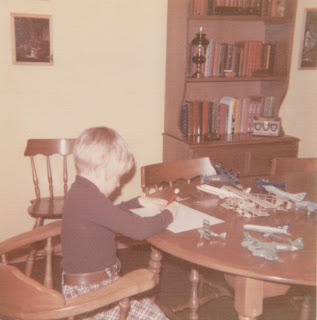 Early ontogeny of a Curator 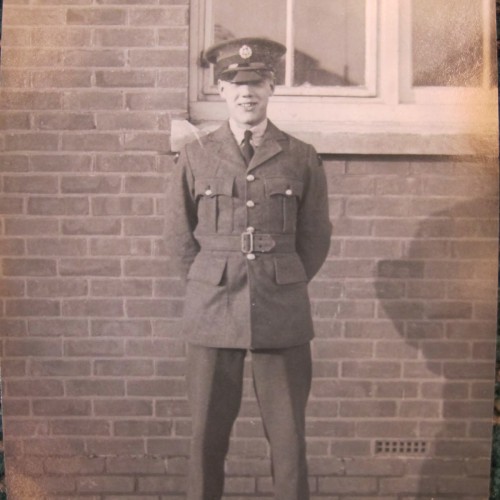 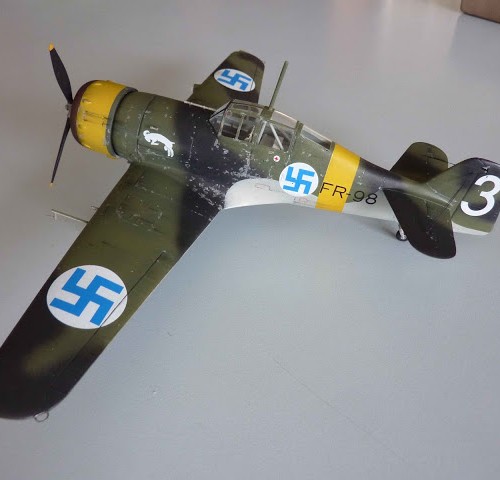 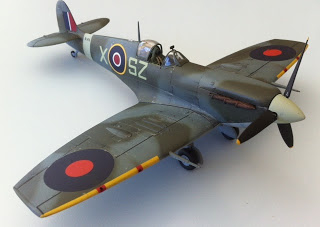 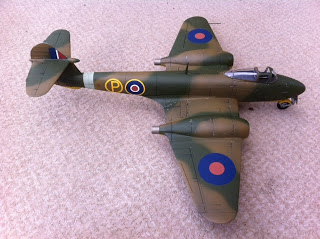 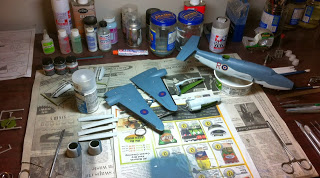 I am a museum curator, which means I regularly go out collecting new specimens for the museum’s research collection. I also solicit specimens from the public and other researchers to help build the museum collection. Collectors are everywhere – some collect salt and pepper shakers, some collect autographs, a lucky few collect vintage cars. I collect models – the plastic kind. It is a great way to satisfy my collector’s urge with no conflict of interest relative to my day-job.

Yes that’s me in 1974 – I was 7, and cataloguing the models Dad and I had built – those pants probably are in fashion again. These days, parents shudder at the thought of a 7 year old working with an exacto knife, model glue (Allyl Isothiocyanate) and turpentine – but those were the days when we could crawl loose in the back of our Chevrolet van – there were no seatbelts. Perhaps we also collected bruises.

The Mk. IV Spitfire was the very first 1/48 scale plane given to me. This scale gives a decent trade-off between size, detail, and model availability. There are enough planes in 1/48 scale to keep me collecting, but not enough to require a second house for my hobby. Model collecting, collecting books for research, and model construction is a clean hobby relatively speaking. There are worse things a guy could do in his spare time.

Why be so fixated on war and collecting models? My Grand-dad – Dennis Fletcher – was in the RAF. As a kid I remember watching war movies with him as he explained combat techniques and each plane’s weaknesses. I was 4 years old and getting a primer on fighter planes from a veteran.

Now I have collected 377 kits, 33% are built, like this Finnish Fokker D.XXI and the Gloster Meteor prototype. I keep them organised on a spreadsheet to avoid duplication – although I do have multiple Lancasters, Spitfires, Bf-109s, FW-190s and Ju-87s, among others. Home computers with a database or spreadsheet were things of science-fiction when I was making my first lists back in 1974. Now my model catalogue is on my smart phone – I carry my data with me to hobby stores and use a touch screen. Technology has changed, modelling techniques change, but the collector’s spirit is steadfast.