the 2nd of 32 views- Donating to the Collection

We had some new kids and some returning kids, and more than a full house of 11 kids in total!  We all went around and said our names and grades.  We had a few grade 1’s, a grade 2, a grade 3, a few grade 4’s, a grade 5 and a grade 7.  Almost all the grades covered.  Oh, and a few grade adults! 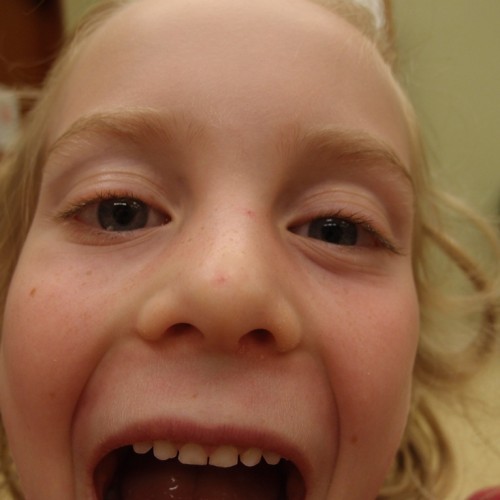 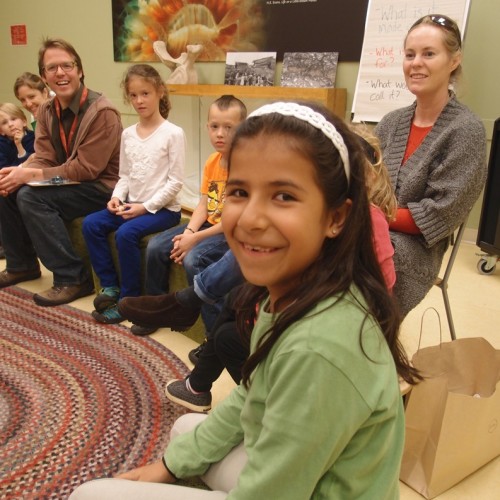 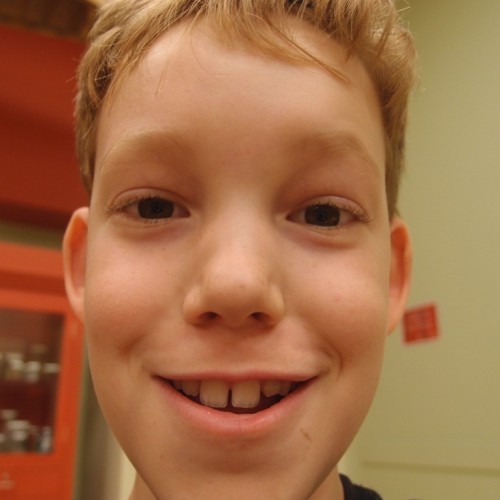 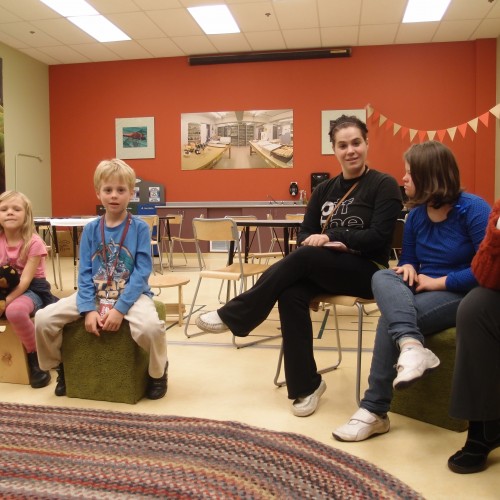 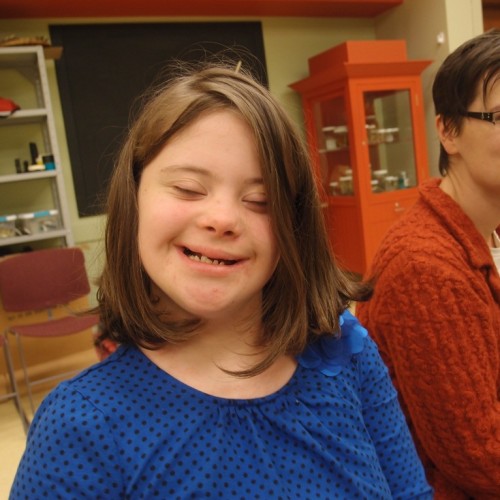 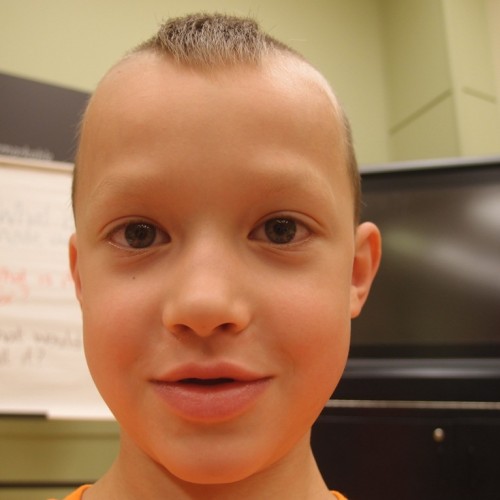 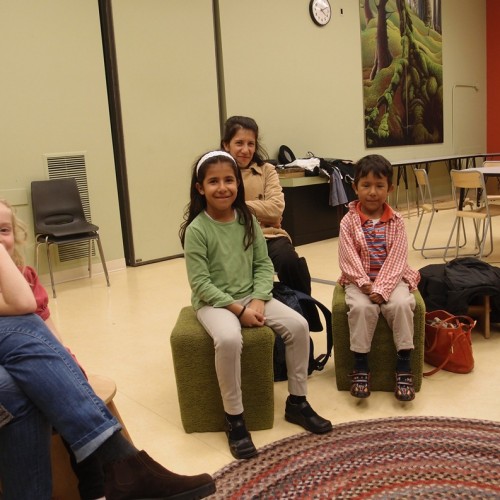 For this week I asked kids to bring in an object that they might want to donate to the museum.  They brought in shirts and jeans and some toys.  Kids showed what they brought in, then it was off to meet Collection Manager Delphine Castles.

Though when we got to our meeting spot, there was no Delphine. 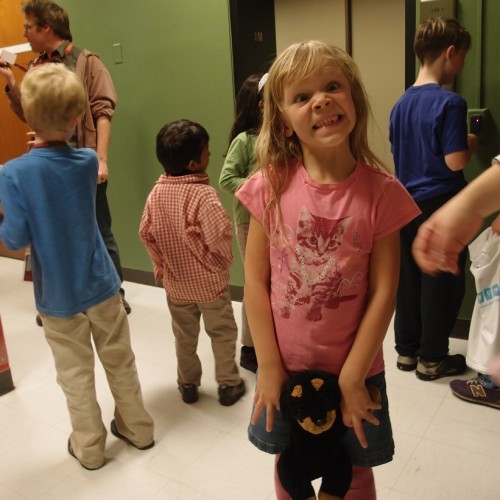 We were on the ground floor, and the lights of the nearby elevator said that it was on the 8th.  I knew that was Delphine’s floor, and I saw that it was coming down.  So I thought maybe it was her.  We decided to all say ‘Hi Delphine’ when the door opened, no matter who it was. 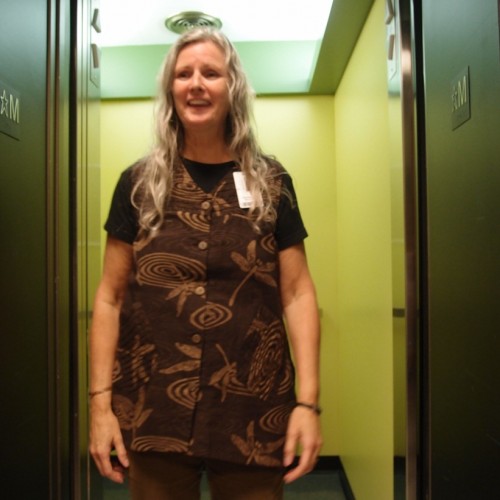 Delphine then led us into the inspection room where the objects that kids brought in needed to be checked for bugs.  This is the first step whenever objects come into the collection for consideration as a donation.  We were helped by conservator Colleen Wilson.  Colleen said that she usually looks for silver fish and other kinds of bugs.  And if there are bugs, then the objects need to go into the freezer to kill them off. 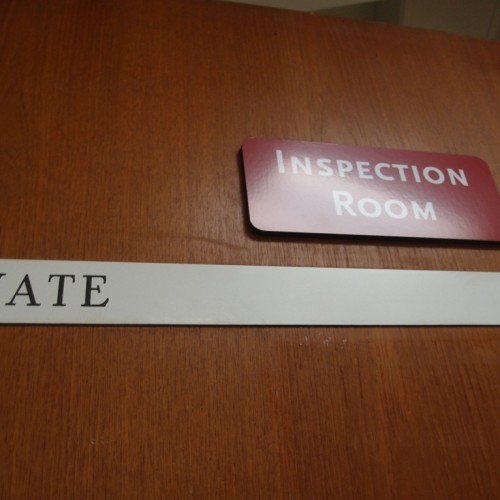 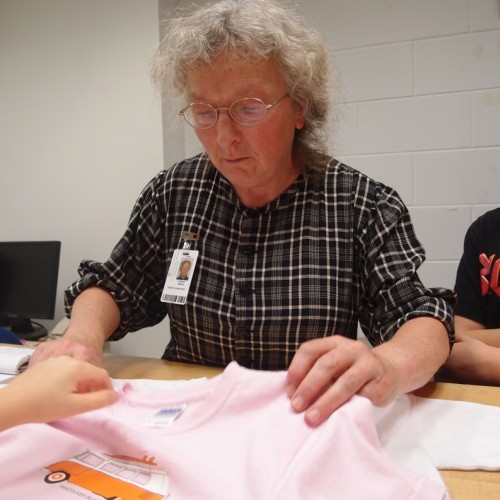 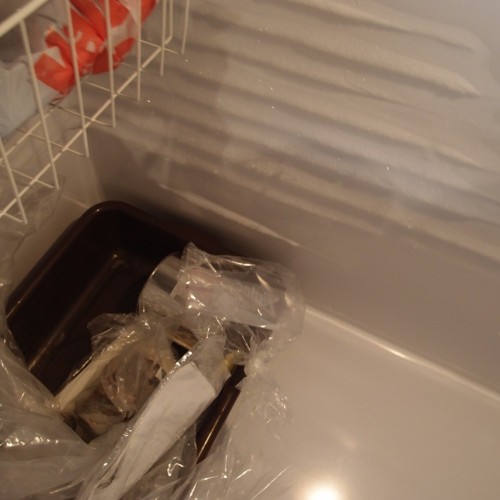 Luckily no bugs were found, and we followed Delphine up to the 8th floor.

Four words capture the work that Delphine does: Collection (all the objects that are stored in one place), artifact (the fancy museum term for an object), donation (the primary way that artifacts are brought into the museum) and catalog (putting words and numbers to objects so they can easily be found).  Delphine’s job is to ‘control and organize’ the over 200,ooo objects in the Modern History collection.  Wow.  Not an easy task.

We went to look at some of the collection.  Before I could get around a corner to see what was going on I heard a kid say, “cool, legos”.  Exactly, there are lots of cool toys in our collection.  Another kid asked, “Do you have any jet packs?”  Delphine thought about it and said no, but that she thought there was a G.I. Joe with a jet pack.  Hmmm, we’ll need to do more research. 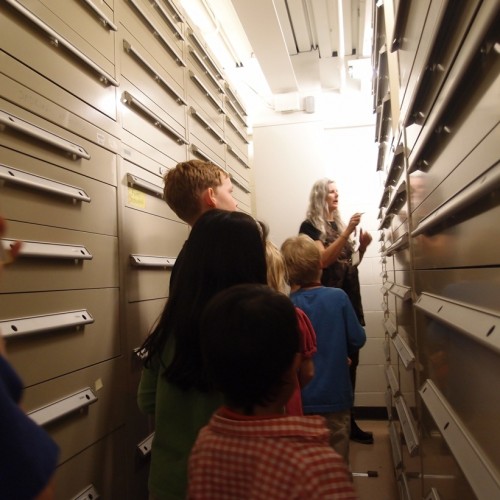 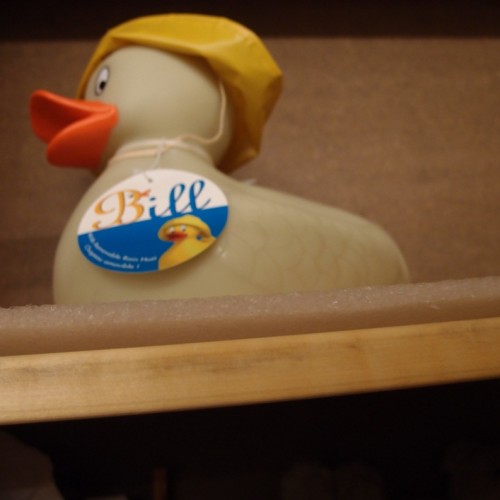 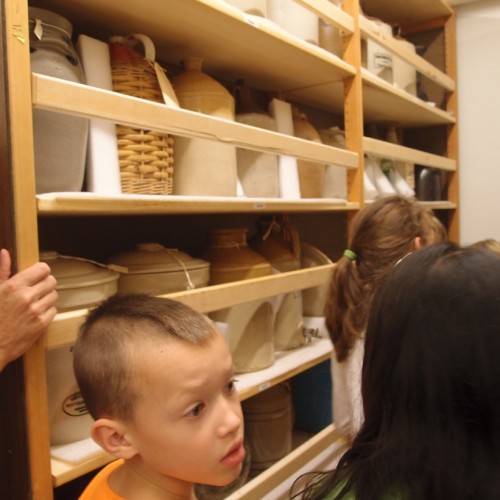 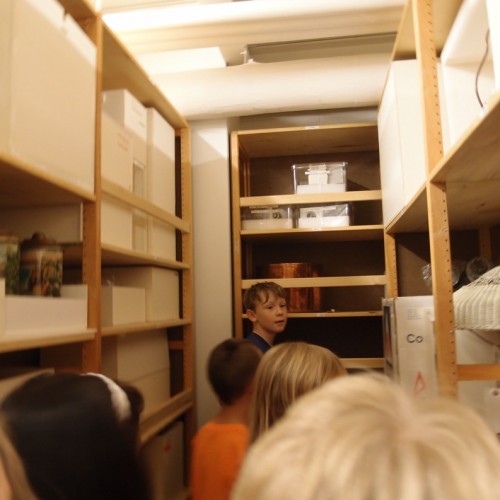 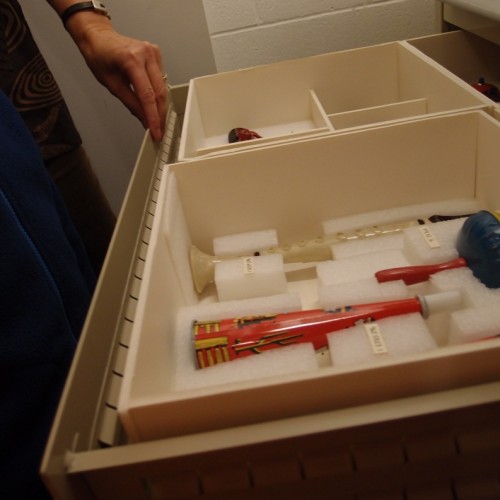 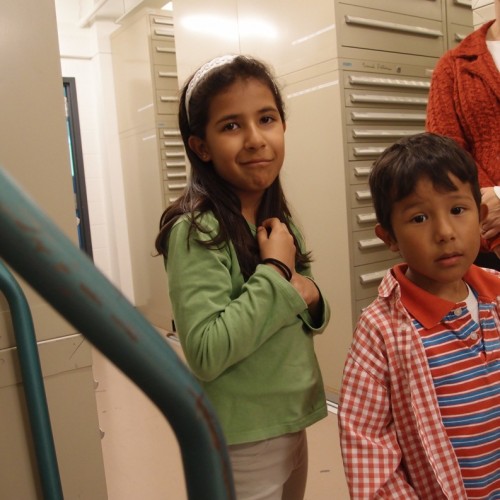 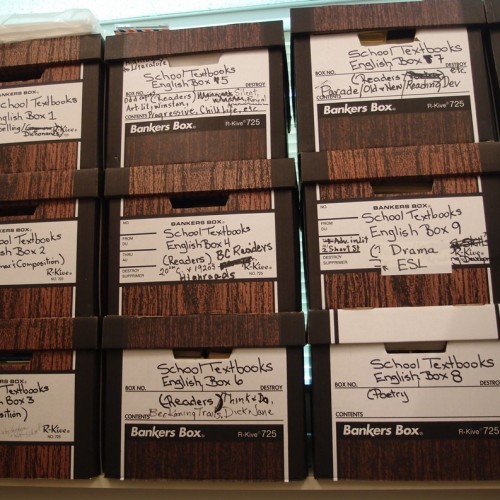 …and we also noticed this really, really old and delicate Chinese lantern. 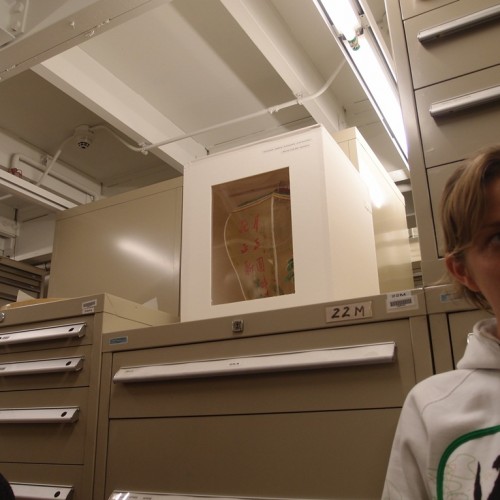 Delphine said that it is so fragile that it can’t go on display in the gallery or it might just break apart.  We are glad people like Delphine help take care of these kinds of objects, and that these objects are around for research and to better understand the important heritage of British Columbia.

Next it was onto Delphine’s processing room.  She has lots of objects still to catalog.  Here is where she looked at the kids possible donations.  She told us that she uses lots of different kinds of books to identify objects, and then does a lot of paperwork.  One of the most important parts of her cataloging is to get the full story of an object.  She is always trying to find the BC connections. 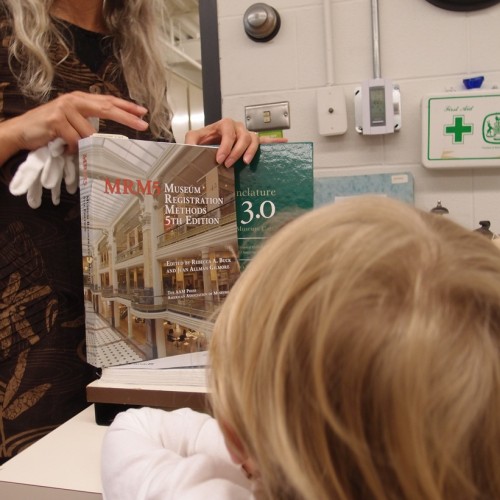 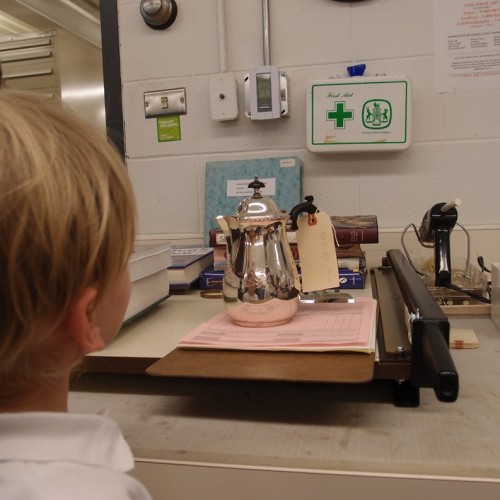 As it turned out, there was not time to go through all the paperwork to have the kids objects be donated to the museum on this day.  But maybe another time!

The last question that was asked was, “What is the first object that was collected by the Royal BC Museum in the Modern History collection?’  This was asked by one of the youngest kids.  And it stumped Delphine.  She needed to go to her database and look it up. 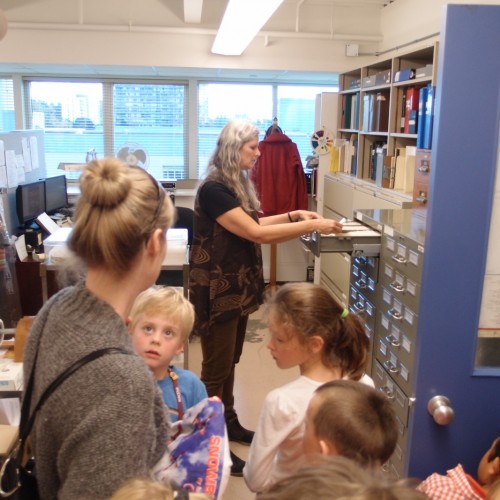 It turned out to be a stamp, from the turn of the 20th century.  Which is not the oldest object in the collection, just the first one collected.

One of my favourite parts of doing these tours is looking over the pictures that kids take.  I am always surprised by what they see.  Here is one from an area that Delphine did not mention.  But is the area where she keeps all here foam core to make specially designed boxes for each object.  It caught the eye of one of the kids. 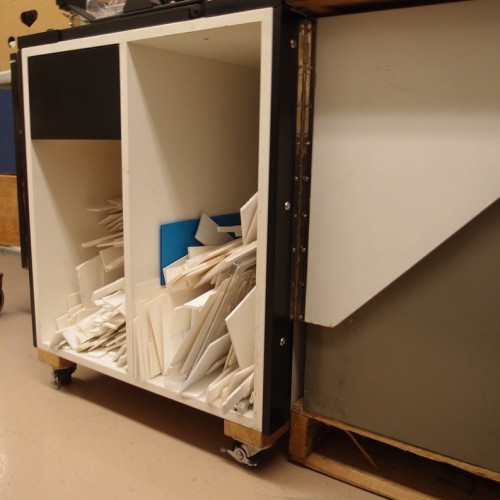 It was getting late, so we quickly made our way through the gallery and looked briefly at the Chinese Lantern in the gallery (different than the one we saw in the collections area). 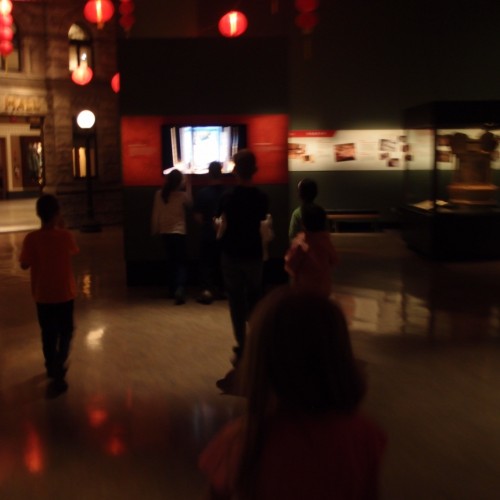 Then off to the elevator, back to where we began.

Here are the kids! 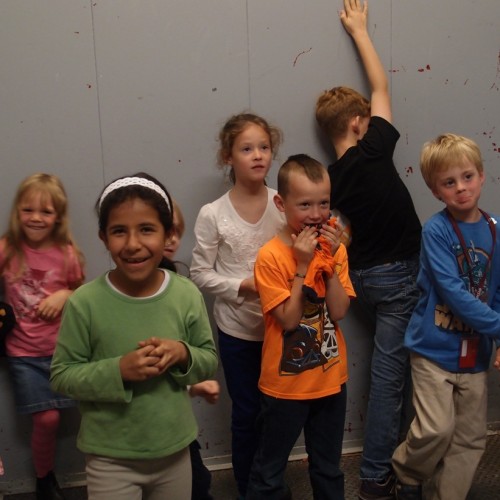 …and here I am saying that we are late! 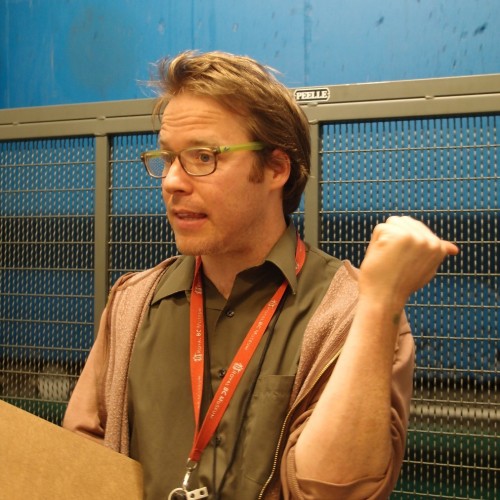 Thanks to all the families.

Next week we meet the head of Exhibit Arts, Mark Dickson.