Gathering Around the Campfire

With this lovely stretch of summer camping weather on Vancouver Island I thought it would be fun for this blog installment to look at the way that people camped in the past.

The B.C. Archives has hundreds of photographs of families and campgrounds, and I’ve chosen a few that may bring back some memories for those of you who spent your summer vacations gathered round a campfire, roasting weenies and marshmallows, and telling ghost stories.

Judging by these photos some parts of the recreational camping experience haven’t changed all that much over the last 150 years. It’s a chance to relax with family, practice some survival skills (like making coffee over a campfire!) and sleep under canvas. If you’re a hunter or fisherman there’s the added bonus of providing food for your family!

Here’s a quick look at some of my favourite archival images: 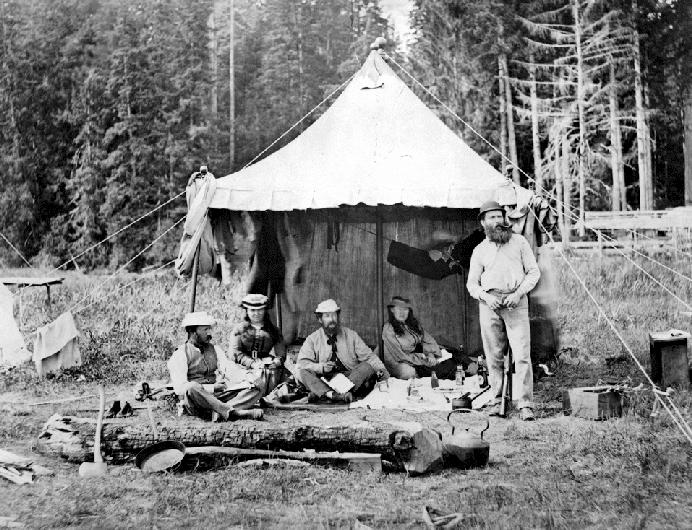 Francis Claudet was the son of an early French daguerrotypist, and was one of the first people to take photographs in B.C. He is at the centre of the photo, with Mr. and Mrs. Bushby on the right. Other photos from the same outing show that they took along some of their children, and a servant. These photos were carefully posed by Claudet, and incorporate symbols that demonstrate their intrepid spirit – the axe, frying pan and kettle, the picnic on a blanket, and the tent. This was a long way from the average Victorian parlour! 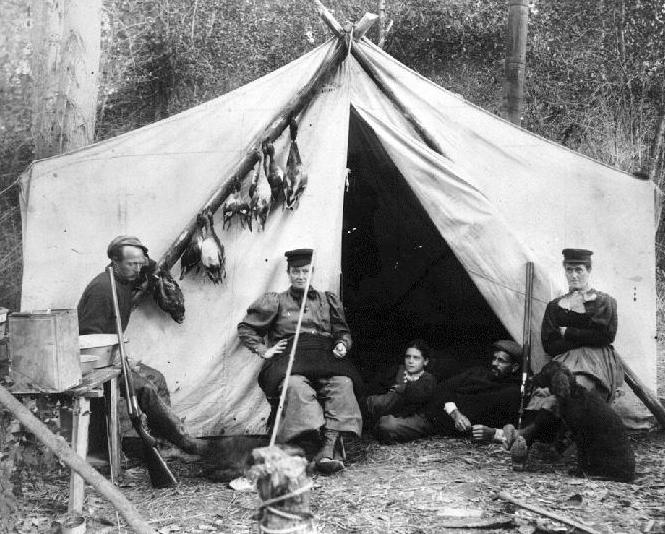 The title on this one is “Gus Adams’s camping outfit at Kaslo [D-07193]”, and it probably dates from around 1900. Looks like they had a good hunting trip! This was camping with a purpose.

This group seems to be the living embodiment of the phrase “happy campers”. .They’ve got a guitar, a fiddle, a paddle and a rifle. What more do you need? We don’t know much about them, although the photograph is from the Nelson area and probably dates from around 1895. 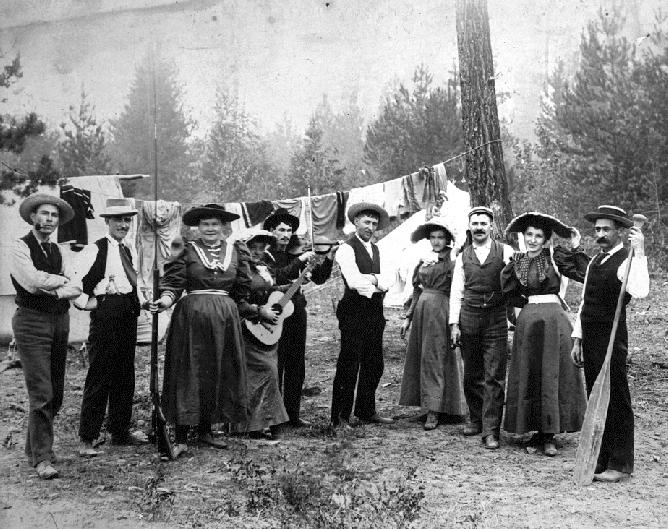 Car camping made it easier to bring along more stuff. I think there’s a rolling pin on the table in this photo of an unnamed family camping near Victoria around 1915 . The emulsion on this photo has shrunk a bit making all of the people rather elongated. If you happen to know who they are, do let us know! 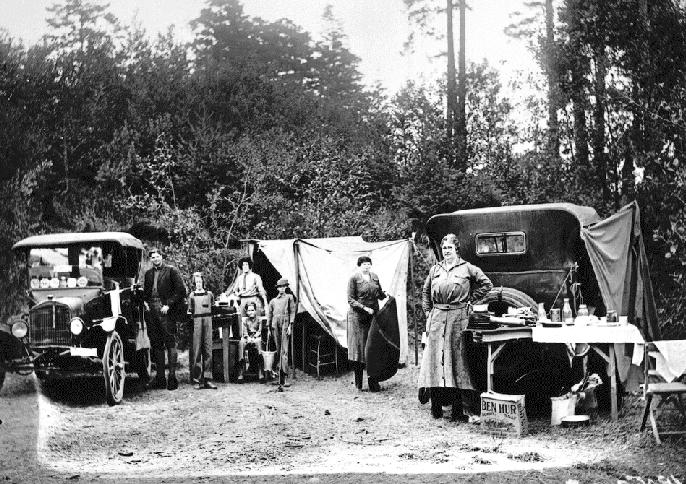 Even Emily Carr took to the woods occasionally, using a caravan as a mobile studio. Being Emily, she nicknamed it “The Elephant”. 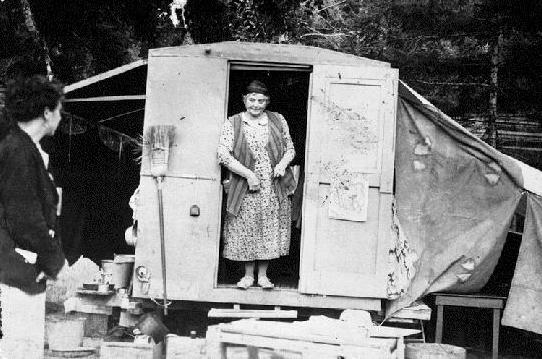 I expect that this will take a few people back to their childhoods. I can practically smell the camp smoke when I look at this one. This family was camping at Goldstream Park just outside Victoria, in 1950. 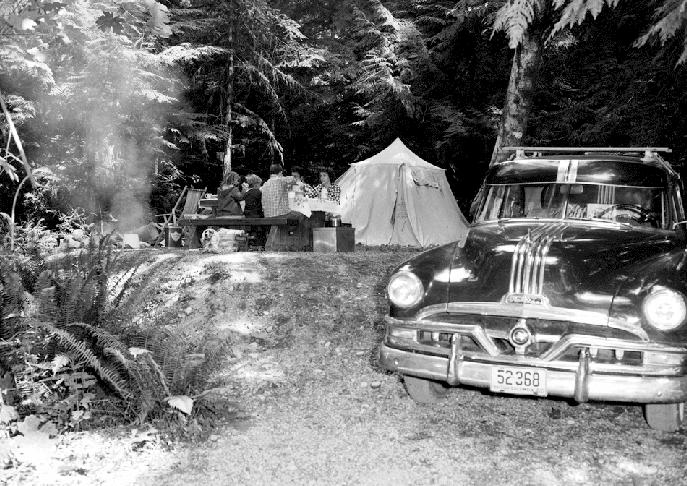 Remember the 70’s when everything was orange? We’re not sure where or when this photo was taken, but I’d say this is pretty typical of that day-glo era. 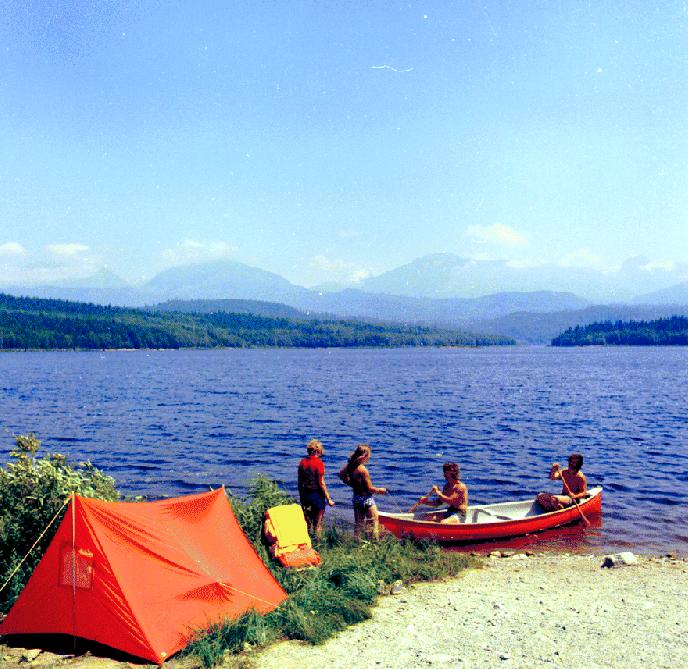 Insert your own camping photo here

and carry on camping!