Eat, Drink and Be Merry

While you can’t eat, drink or be merry in the B.C. Archives Reference Room, you CAN indulge in some nostalgia, or do some research for your next cocktail party. The B.C. Archives library contains more than 80,000 published items that have a connection to the history of B.C. – and that includes a selection of cookbooks and guides written in B.C., often for a relatively local audience. A search in our library catalogue using the term “cookery” will lead you to some amusing titles, including my favourite, “Casseroles for Drinkers”. This small book, penned by A.S. Buveur (which is a pen-name and means “drinker” in French) was written by Charlie White of Sidney, B.C., and published in 1975. The long form of the title was “Fifty-plus recipes for casseroles that you can cook longer than you’d planned so you don’t have to interrupt cocktails and your guests’ fascinating conversation, just to serve dinner”. 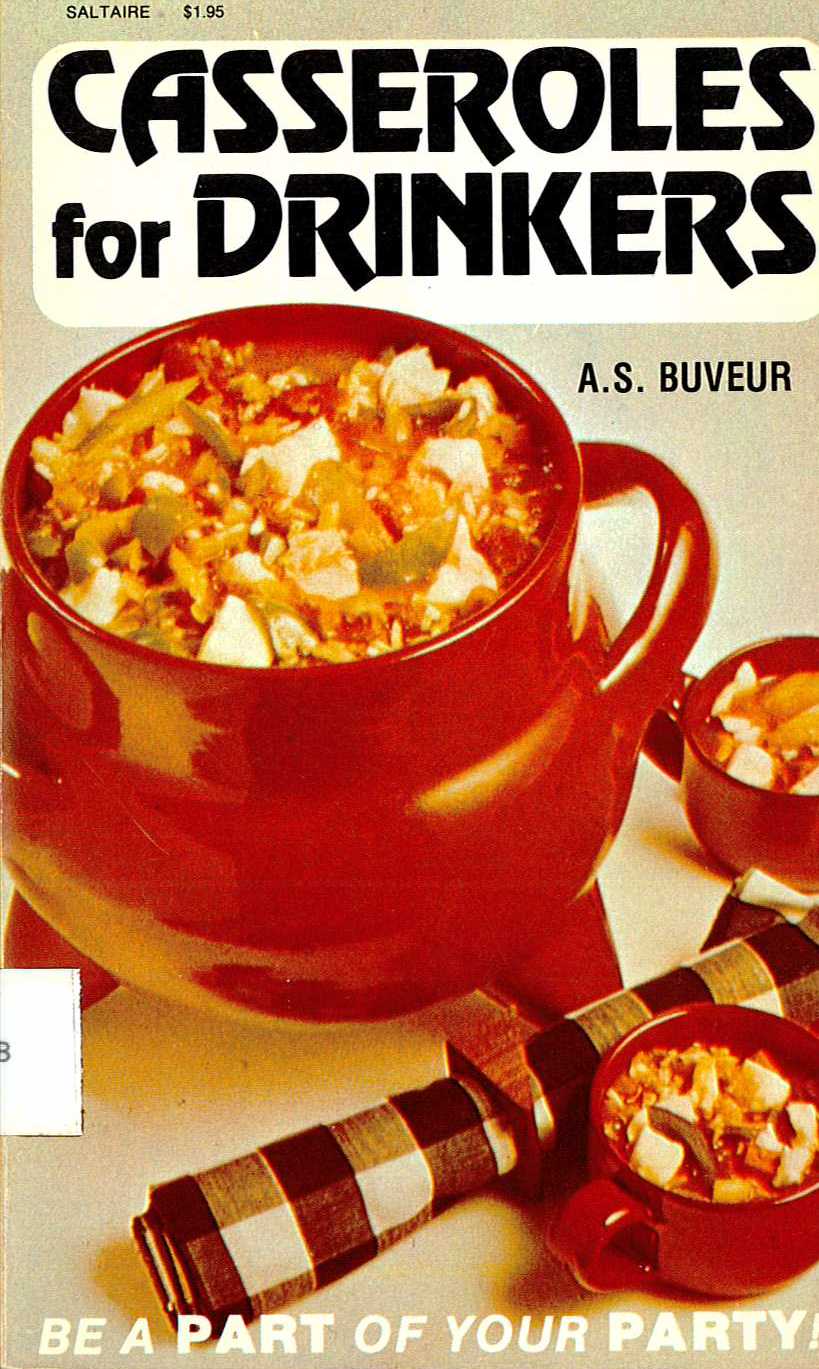 Other classics from the 70s in our collections include “Man on the Range: or How to Survive in the Kitchen Without Really Crying” by Danny Boyd, or James Barber’s “Fear of Frying.” For those British Columbians with more adventurous tastes (or less access to a supermarket) Swede Gano of Anahim Lake, B.C. offered up “Moose on the Table” featuring recipes such as Basic Boiled Moose Six Ways and Mooseburger Meatballs Porcupine Style. And of course, in the 70s the vegetarian movement was gathering steam, witnessed by titles such as “Soy bean magic: delicious recipes with soy beans, flour & grits” by Gwen Mallard, who ran a vegetarian restaurant and was also a well known environmental activist in B.C. 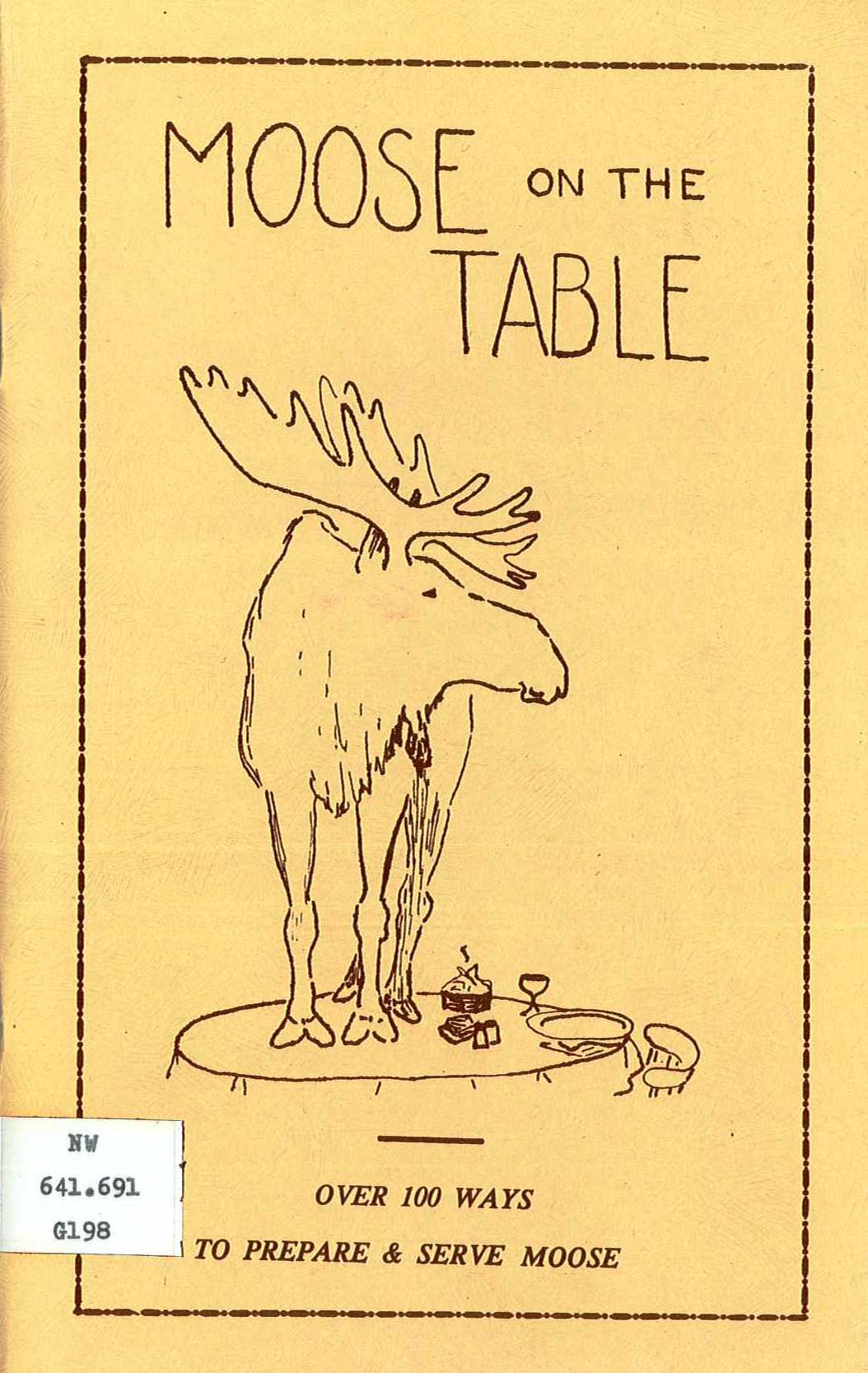 Should you be planning a 50’s themed party, you might want to have a look at “What’s Cooking?” published by the Vancouver Kiwassa Club in the mid-50s. This was the decade when jellied salads were in their hey-day, and the book includes more than 20 recipes that use various combinations of Jello, marshmallows and salad dressing. The book was sold to raise funds for the Club, which provided a gathering place for girls in Vancouver. This recipe deserves copying verbatim. (There is no photo – you’ll have to use your imagination!) 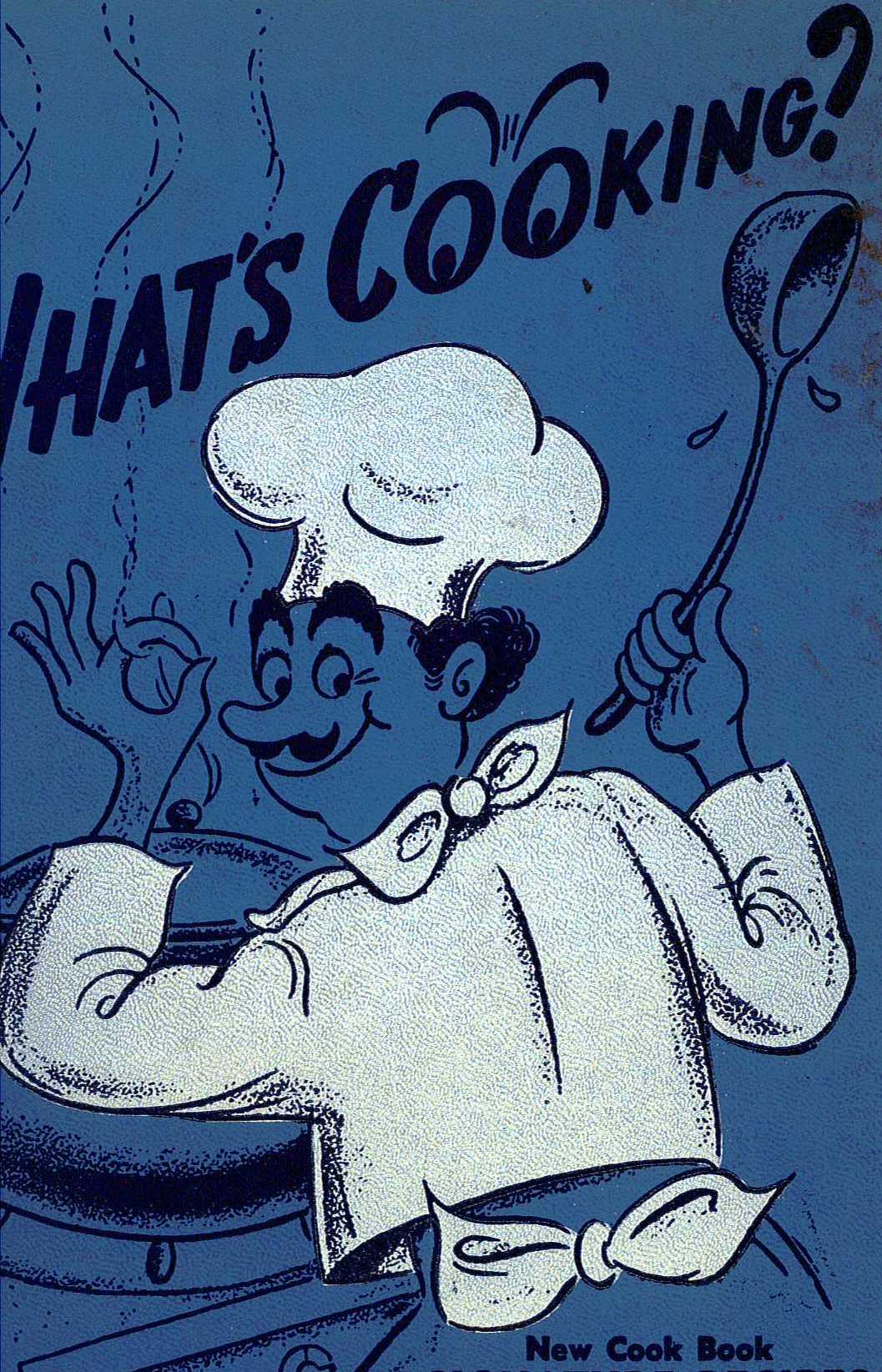 Jellied Salad for a Buffet

Make red Jello, and when partially set put in a tube pan. Then put in canned orange and grapefruit sections. When completely set, put a partially set lime Jello, with diced celery and shrimp in it, on top of the red Jello. When ready to use, turn out on a large plate, decorated with lettuce or endive. Fill hole with thick salad dressing.

Your 50s party wouldn’t be complete without an assortment of cocktails on offer, and the Archives library once again can be your guide. If your guests need help washing down the Jellied Salad, they could try a “Harvard Cocktail” (brandy and Italian vermouth) or a “French 75” (gin and champagne). These cocktails, and many more, were published in a little black book by a B.C. liquor distributor, along with instructions about how to shake, not stir: 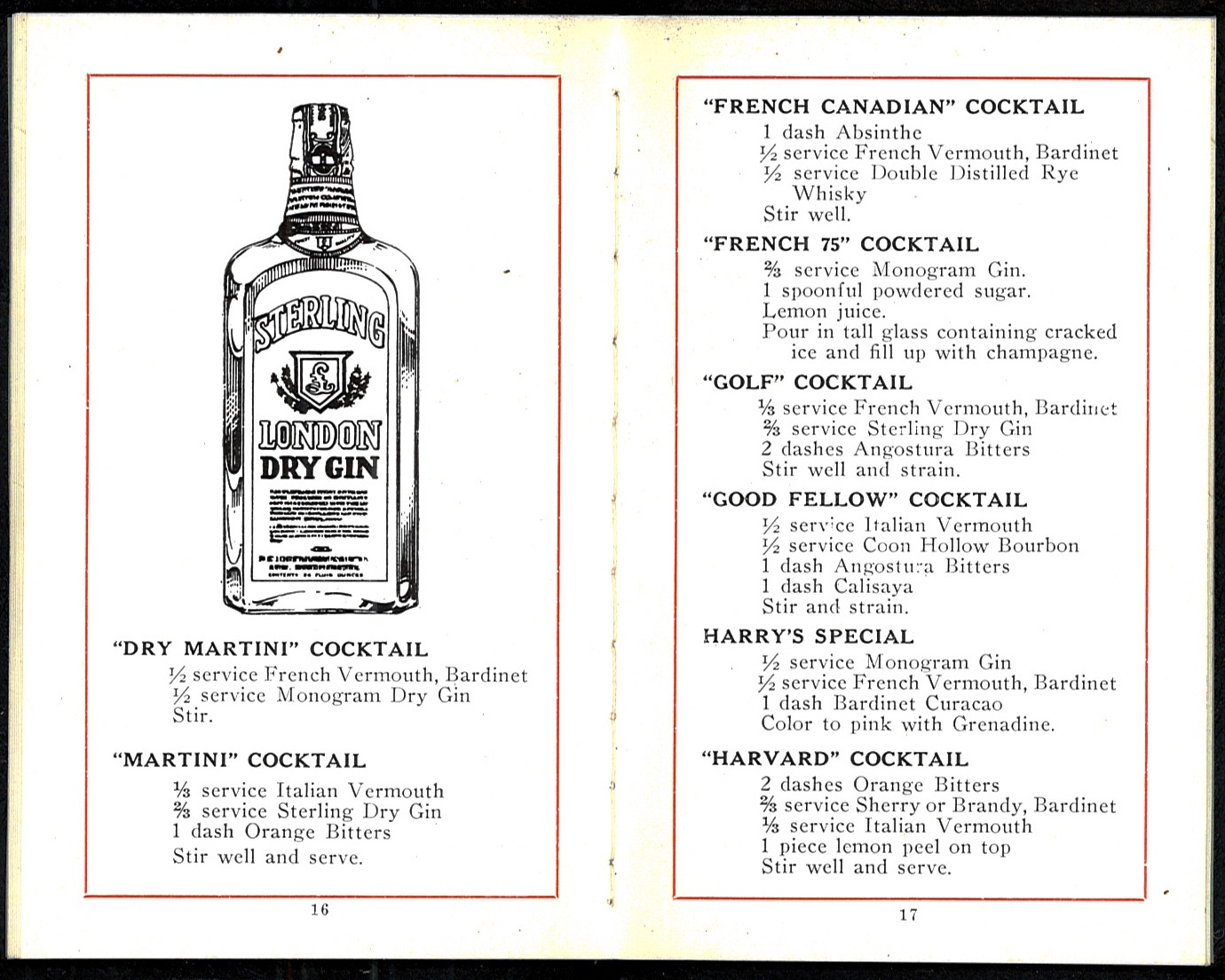 “Where a shaker is used always provide ice. Shake the shaker hard, don’t just rock it, remember you are trying to wake it up, not rock it to sleep”.

If you need to find out more about what we were all eating and drinking (or not) in British Columbia 100 years ago, have a look at “The New Temperance Cookery Book” by Mrs. Fanny Lea Gillette. The preface proudly states that “The book embodies many original and commendable features, among which is the elimination of the use of alcohol. It can be clearly demonstrated that spirituous liquors are not required in cooking.”

Savoury jellies had been perfected by the Victorians and Edwardians, and were given their own chapter in Mrs. Gillette’s cookbook because they promoted household economy, using up “bits of meats and vegetables which in themselves would not be sufficient for a course”.

The recipes and the ingredients in all of these books tell us a surprising amount of information about how British Columbians ran their households, and which comestibles were available and when. Some are not what you would expect – in 1911 the recommended garnishes for the savory jellies included capers, truffles, olives, pimentos and green peppers. Likewise, I hadn’t realized that the average housewife in the early 50s could buy canned “Vegeterian (sic) Vegetable Soup”.

And that is why we collect and keep these vintage titles – they give us an insight into the daily life of the average housewife (or party host!), and are just as important as the scholarly works that also fill our library shelves.