One of my favourite categories of records at the B.C. Archives is the inquest and inquiry files created by B.C.’s coroners. The older ones (1855 – 1971) are now considered archival records, and most may be viewed by the public. They are not for the squeamish or the oversensitive but do reveal fascinating information about the way people lived, and of course, died.

The indexes to these records are generally a sad catalogue of workplace accidents, suicides and deaths due to natural causes, all of which needed the involvement of a coroner because the death was unusual or unexplained in some way. But sometimes, when I’m casting my eye through the indexes, a particular verdict will jump out and demand further investigation. (I’m currently looking through some of the early index entries because the Victoria Genealogical Society is working on a database of the coroner’s records for the Archives).

I recently  noticed that on October 10, 1894 a man named Charles H. Marble had “drowned in the Fraser descending from a balloon by parachute”! Fascinating for so many reasons. What was he doing descending from a balloon? Was this an extraordinary event, or something that people in New Westminster were doing on a regular basis in 1894? It begged investigation, and a blog entry. 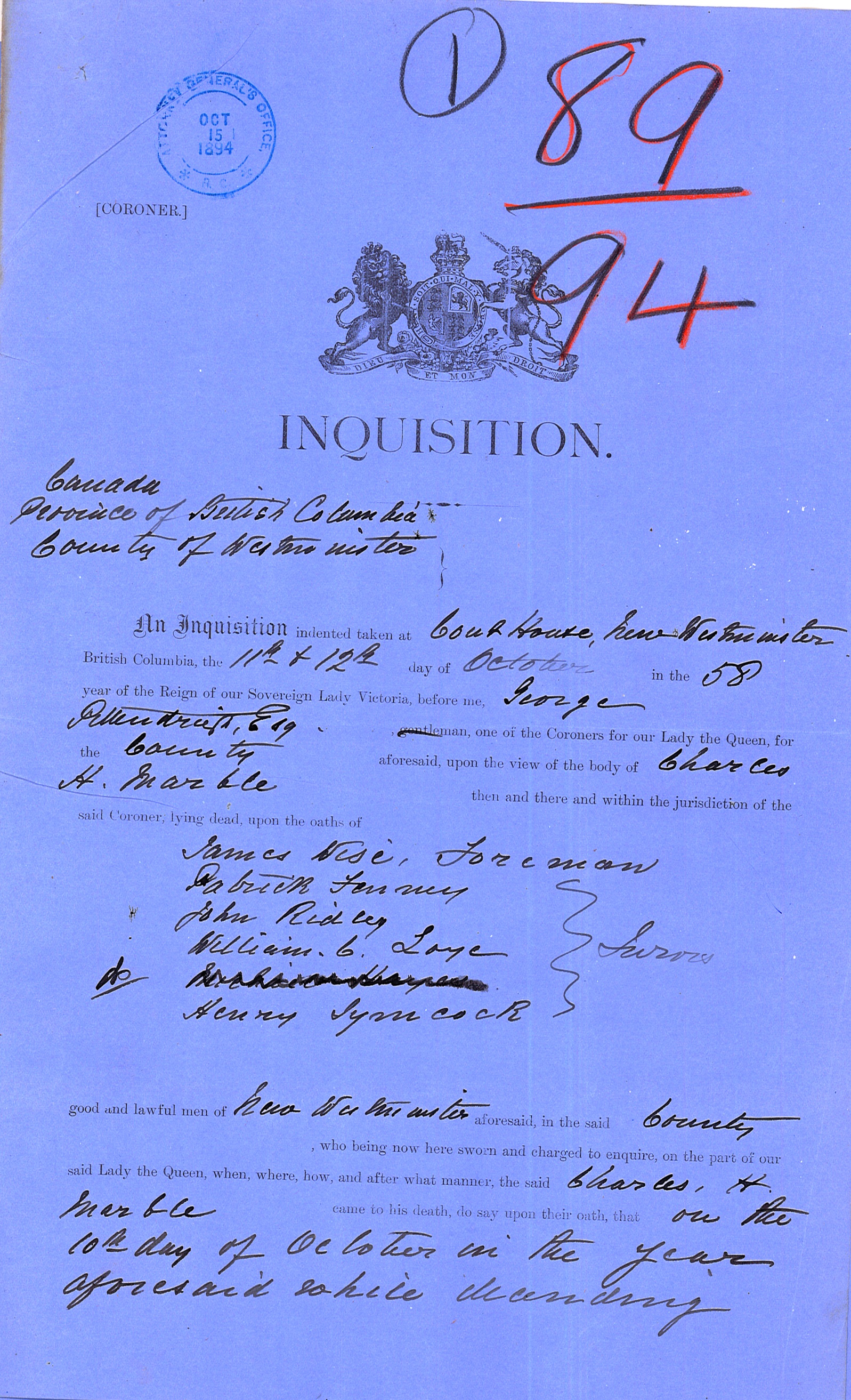 The full inquest record, contained in an accession known as GR-0431, Attorney-General Inquests, 1865 to 1937, includes the formal verdict of the coroner’s jury and various witness statements. The inquest was held at the Court House in New Westminster, over two days, immediately after the body was retrieved from the Fraser River. At that time it was standard procedure for the jury to view the body in person, before considering the evidence, so the inquest was held as soon as possible.

It transpired that poor Mr. Marble was an “aeronaut” who had been hired to put on a performance as an “aerialist” for the crowds who were attending the Royal Agricultural and Industrial Society of B.C.’s Exhibition at Queen’s Park. (This was a forerunner of the PNE). An aeronaut was what we would call a balloonist today – and an aerialist is a tightrope and trapeze artist. Although only 26, Marble claimed to be an experienced showman who would somehow manage to perform like a trapeze artist on a bar, while suspended from a balloon, which he would ultimately descend from by parachute!

I have not been able to find any B.C. photographs or films of this type of extraordinary performance, but Marble was obviously akin to some of the earlier daredevils like Charles Blondin, who is best known for walking across a wire tethered to the opposite sides of Niagara Falls in 1859. Blondin died safely in his sleep in 1897, a rich and internationally known figure.

Our poor Mr. Marble, who may well be B.C.’s first aviation death, drowned after he miscalculated the wind strength across the Fraser and quite literally didn’t make it to the other side. The inquest record reveals that he had been warned not to attempt to cross the river, and had been offered a life preserver, which he refused. The Police Chief, who was watching the performance, stated that he thought Marble “was doing all right” until the last few moments when it became clear that the balloon was descending too rapidly for Marble to make a safe parachute jump. Although he cut away from the bar, he fell into the water with the parachute on top of him. Other evidence tells us that the balloon was made of cotton, created in Seattle, and filled with hot air by a wood stove. The coroner’s jury was informed that the wages of an aeronaut varied from $10 to $25 per day.

The Daily Columbian (also available at the B.C. Archives) duly reported on the incident the next day, describing it as a “Fatal Balloon Ascent”. They recorded that Mr. Marble was a native of Los Angeles, who “had been at the work from boyhood”. His remains were claimed by friends from Edison, Washington – where he is presumably buried. 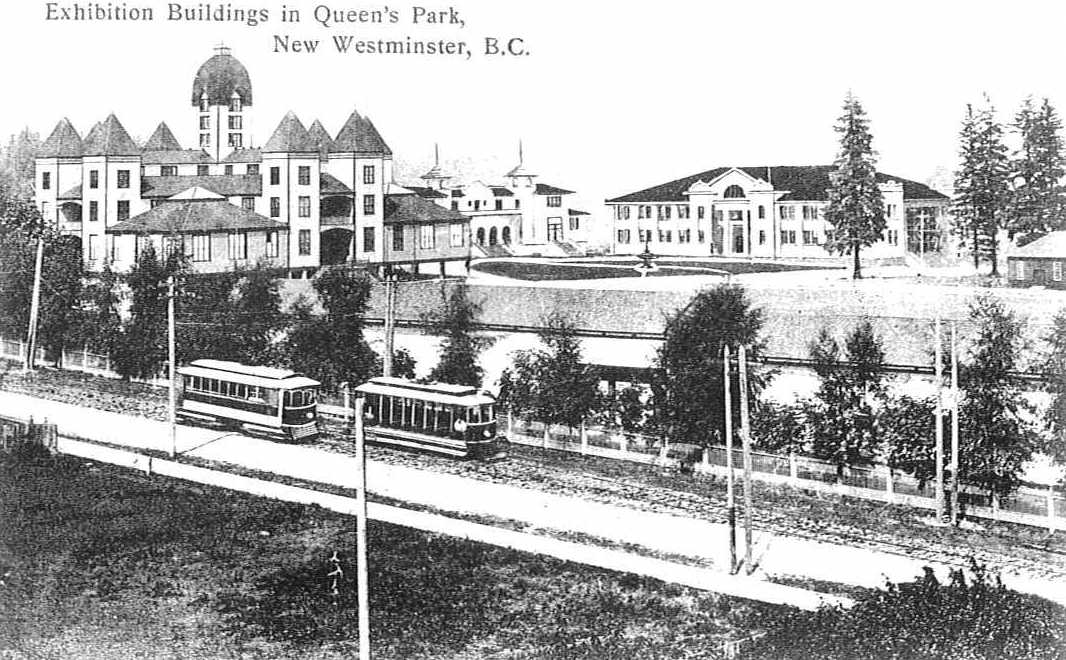 I don’t expect that this particular life and death will ever attract much attention, but perhaps I will be surprised. Is there a budding author out there who feels inspired by this man’s story? If so, you know where to come for the facts. You’ll find more information about the collections at the Archives search page.