The Jeep, the Tesco’s lorry and why the Busby family always looks both ways.

Every document in the B.C. Archives has a back-story.  One of my recent favourites centres on a file created by the Official Administrator’s office in Nanaimo for a man called Benjamin Busby, who died in the tiny community of Errington, BC in 1951. It’s what is sometimes known in archives lingo as a “fat file” because it is quite literally fat – nearly 200 pages of paper! Benjamin put the official administrative process into high gear by dying without a will (thus being declared “intestate”), having no immediate heirs – and owning a considerable estate (although he lived in a “shack” on a rural property). The file grew fatter and fatter as the documents necessary to properly divvy up the estate to various English relations accumulated.

His file lay sleepily in the Nanaimo courthouse (along with hundreds of similar files) until it was rounded up and transferred to the BC Archives in the 1980s. Fast forward 30 years to March 2010 when Dr. Ann Thurley wrote to the archives looking for the will of Benjamin Busby. She had a vague recollection that her father (Benjamin’s nephew) had received a bequest at some point in the 1950’s, and she was pulling together a family history.

After I copied and mailed the full file to her I got this excited email:

“It has arrived!..… As yet I’ve only had a cursory look but was very moved to find a copy of the original letter from the Army informing my Grandmother of my Grandfather [Walter’s] death….in France in WW1. He tragically died on November 10th, 1918, the day before Armistice Day, one of the victims of the Great Flu Pandemic. The original [letter] has obviously disappeared in the mists of time.”

Ann continues:  “And what a superb collection of certificates and wills, all so methodically sent as proof of death and existence; and a coroner’s death certificate of my Father’s youngest brother who was killed in 1944 as a result of being hit head on by American GI’s in a Jeep only a few miles from his home, leaving two tiny sons.”

Ann was also curious about why Benjamin, her great-uncle, had emigrated to Canada. Perhaps the answer lies in the complicated set of family relationships he left behind in the small Cotswold village of Hook Norton. 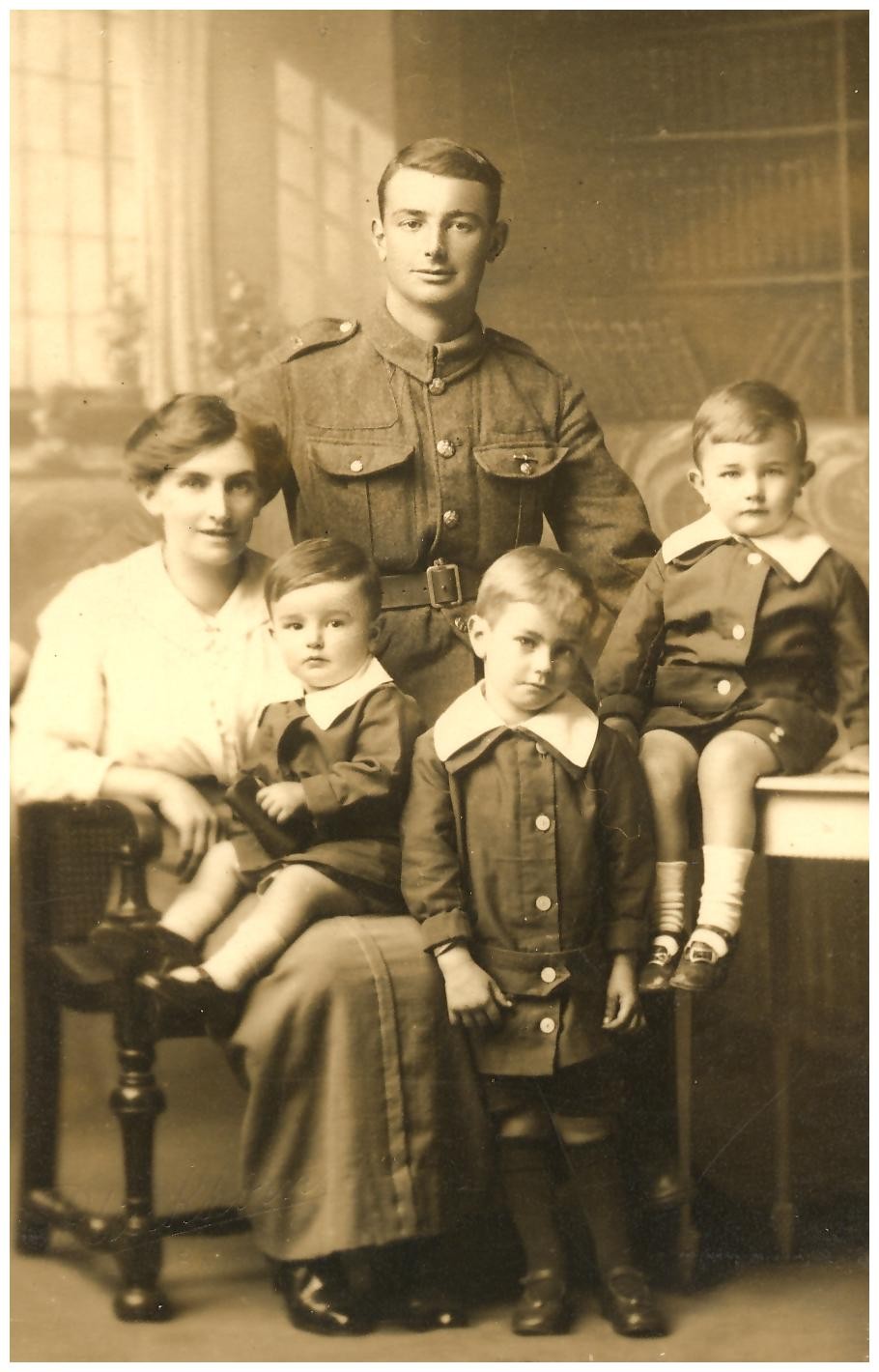 Norma May, her husband Walter and their children. Photo courtesy Ann Thurley

Benjamin and Walter had another brother – Ralph. Also a soldier, he returned injured and was nursed by his widowed sister-in-law, Norma May. They fell in love, were not allowed to marry – but had a child together who was adopted outside of the family. The affair and the baby were kept secret. Sadly, Ann didn’t learn about this part of her family story in time to meet either the boy, who died in 1982, or his widow, who was killed by a Tesco’s lorry just one week before Ann tracked her down.

Postscript:   Some months after this post was originally published, another relative of Benjamin Busby contacted the Archives and confirmed that Benjamin emigrated to Canada because he had been accused of fathering a child.  He denied it – and presumbably felt that his only option was to leave the country.