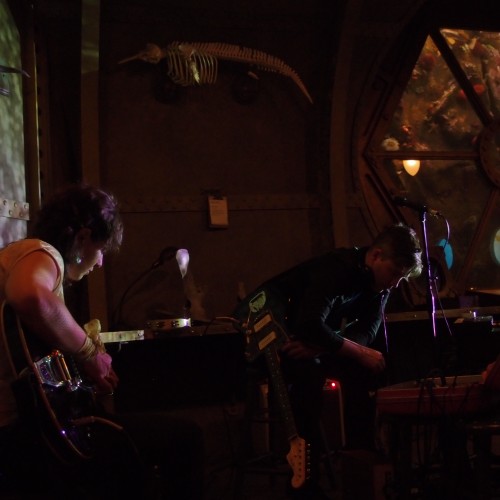 Well…on April 20th the Museum Amplification Project launched out.  And it was a whirl of sounds and projections and movement and stories and audience participation and overall curiosity.

My premise in creating the event was this…invite 10 different groups into the galleries and ask them to perform for 2 hours.  Ask the performers to be informed by the ideas within the exhibitions.  And at the same time invite the audience to just wander.  Freedom to be guided by their interests, and allow them (the audience) to make connections between the different performers and how what they saw and heard connected with the displays and dioramas around them.

No one experience that night was the same as any other, and it’s the variety of a dispersed event like this that makes for good conversation.  I know that I had some really exciting conversations after the performance, some with visitors that have been to the museum lots and were enchanted in new ways, and some that have never been to the museum and that were really thankful for such a weird and wonderful introduction.

What the event reminded me of was that Victoria is a city filled with creative people, and that the museum can be a centre for inspiration of all sorts.