Don’t say that too quickly.

I recently enjoyed looking through an old photograph album that was given to the Provincial Library and Archives in December 1937.  The album was donated by Major Harold Brown, Managing Director of the Union Steamship Co.  Provincial Librarian W. Kaye Lamb noted that the photographs were probably taken around 1924-1925.

We don’t know why Brown created the album, maybe it was useful to have photographs of the Union Steamship Co. ships (and others) to hand when doing business.

Over the years we have scanned about 147 of the 250 photographs in the album.  They can be viewed online with their description MS-3079.

I am interested in the ones that show some kind of port activity like this one of the tug Helac and the Kaga Maru at what looks like the Vancouver Harbour. 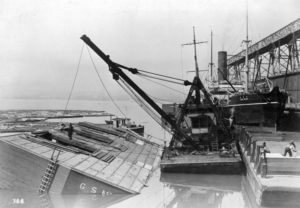 But this one is quite sad, it’s the Toyama Maru in Vancouver Harbour. Twenty years later it would be sunk by the USS Sturgeon, killing over 5000 Japanese soldiers and sailors. 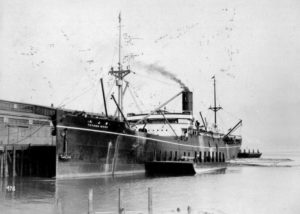