The BC Archives recently acquired two photographs of Yukon Joe.  They were taken around 1950 by Kenneth Katzalay on the John Hart Highway near Prince George.  Katzalay was working for the RCMP at that time and some local cabins had been broken in to recently.  Although a man walking down the highway carrying a rifle wasn’t a particular concern then, when Katzalay saw Joe, he took a few photos of him, apparently just to let him know that he was keeping an eye on him.  As this was 60 years before the invention of iphones, he used his camera loaded with ANSCO colour slide film.

The slides and the story were handed down to Katzalay’s daughter who brought the slides in earlier this year.

I was really excited to acquire these two photographs.  Although Yukon Joe was well known in the Prince George area for his prospecting and his painting, there are very few records either about him or created by him.  We do have his smoke scented diary, called “Prospectors diary book of the adventurs” which the BC Archives purchased in 1963 for $75. See an image of the diary here: http://royalbcmuseum.bc.ca/100/object/yukon-joes-diary/

In 2010 we were lucky enough to acquire one of his paintings; it was found in a thrift store by a Prince George resident and donated to the Archives.  We also have two unusual photographs taken around 1962 which, although taken outside, are strangely posed and taken for unknown reasons.

The two slides from 1950 are the earliest photographs I’ve seen of Joe.  In them, you can see his dogs, his gold pan and rifle. Although the colour has faded over the years, the red of his cap and jacket are still apparent.

Our photographer Shane, did a beautiful job of copying the slides and they are available for viewing in our online catalogue.  Search for “Yukon Joe” in our catalogue to see descriptions of all the records by or about him. 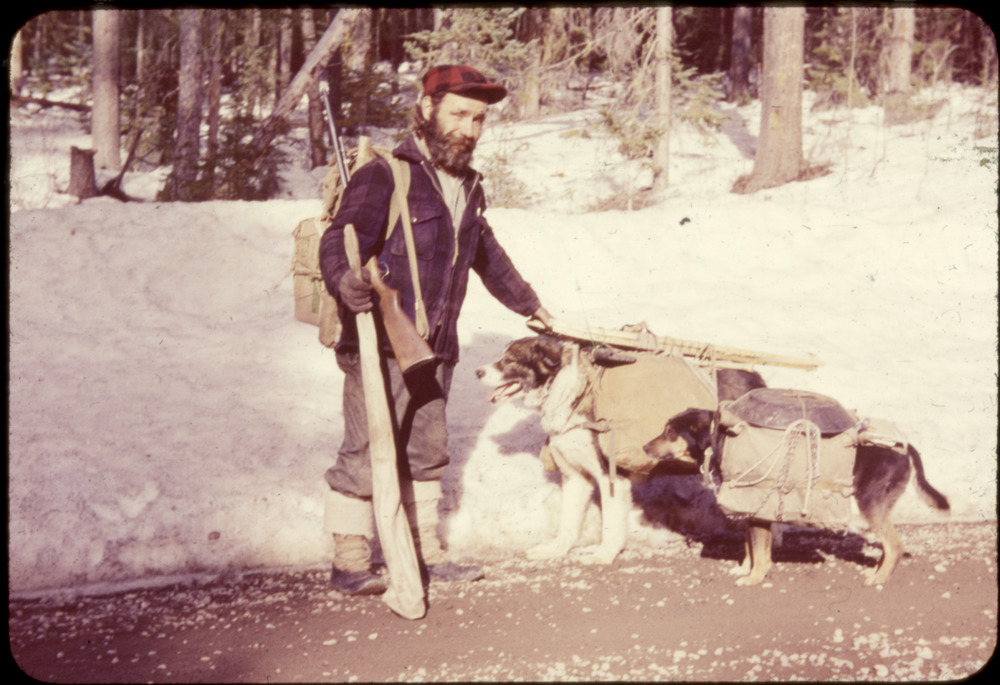 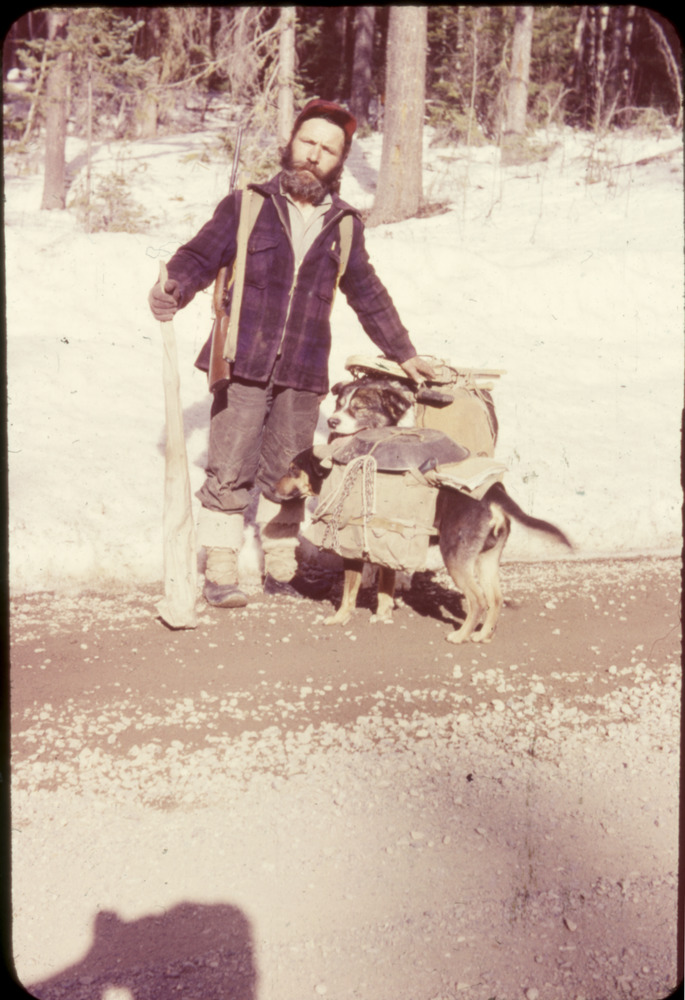