Jack Webster was an icon of Vancouver and British Columbia News reporting.

His legacy includes video recordings of his entire Webster! show which aired on BCTV (CHAN – Channel 8) for nine seasons from 02 Oct 1978 through 03 Apr 1987.

Shortly after the last show aired, Jack Webster and BCTV* donated the videos for all his shows to the BC Archives.

The show originally aired from 9AM through 10:30AM on BCTV. For a period of years a half hour excerpt was rebroadcast on Victoria’s CHEK Channel Six at midnight.

The final regularly scheduled 90 minute show was broadcast on 27 Mar 1986. The last season of Webster! was reduced to one hour and moved to the 5PM broadcast slot.

Long before then the iconic phrase that Jack Webster used to announce upcoming shows was embedded into the cultural memory of BC’s news junkies.

The 1982 opening sequence emphasizes this by opening with an image of the Vancouver Block clock at 736 Granville Street set at “9AM precisely”.

Putting on the show.

Prior to each show a one hour U-matic tape began recording for the entire hour. It was swapped out at 10AM for a 30 minute tape. At the end of the show, they were labeled by the date and recording order. If special guests or events occurred during the show they were identified for possible future use.

One such note even used Webster’s famous phrase to identify the cue . 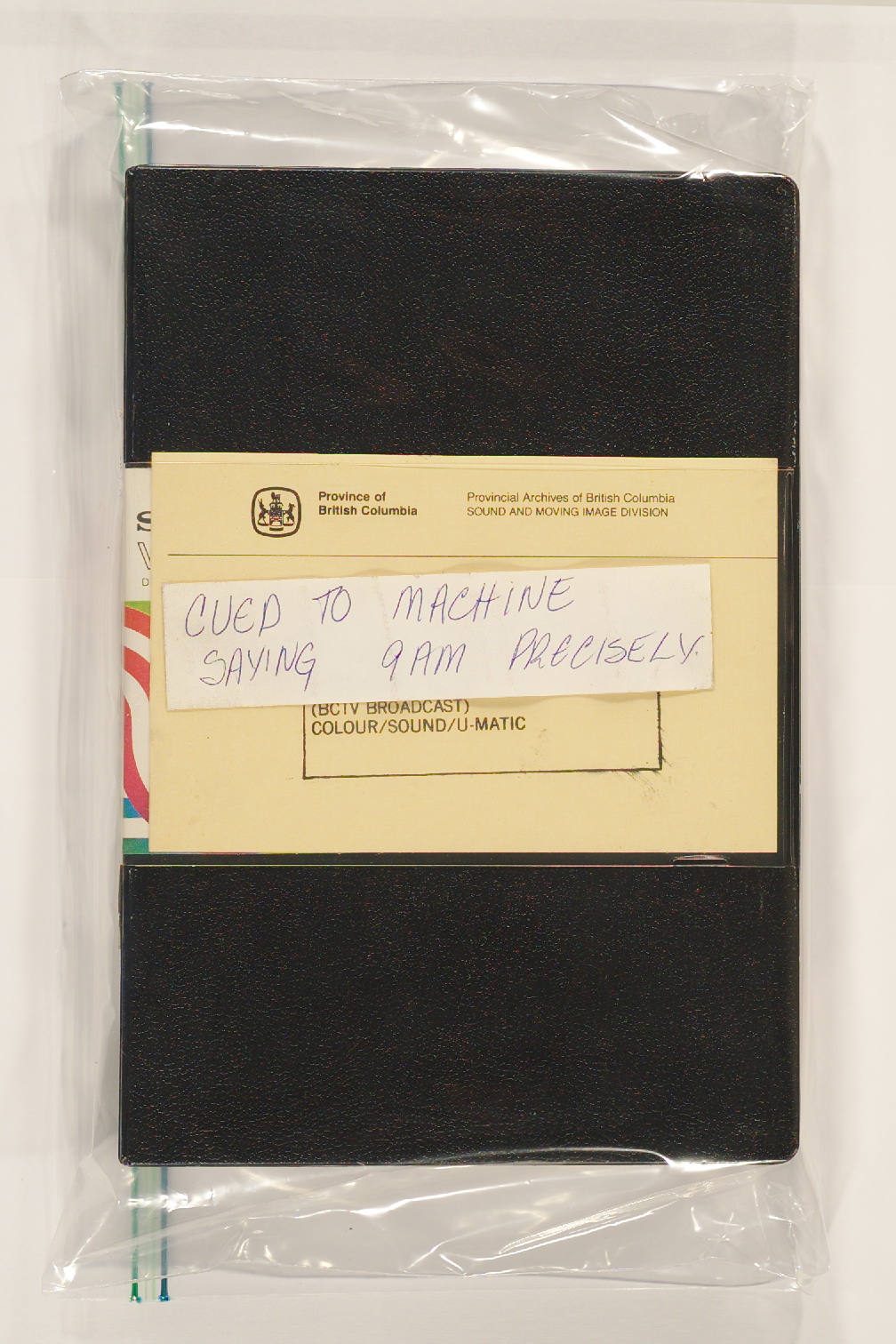 The Royal BC Museum is in the process of digitizing a large portion of these shows. Part of the process involves editing the original one hour and thirty minute videos and combining them into a cohesive whole.

No-one tended to the original recordings while the show was on the air. Because of this, the recording included the off air time as the commercials were airing. In most cases, sound engineers turned off the stage microphones. On occasion they were turned on for a brief time to check sound levels and the like. In other cases, upcoming video segments or title cards were cued up for use in future segments of the show.

The Royal BC Museum maintains digital master copies of the entire recordings as part of the Archiving process. Making these shows available to the public involves an editing process which removes the dead air time (where nothing is recorded on the original video) while ensuring that the on air portion, as well as the material recorded during the commercial breaks, is captured in its entirety.

One example that shows how helpful this can be is in the episode that ended the 1981-1982 broadcast season. The 02 Apr 1982 show begins with an hour long interview with Premier Bill Bennett. The final segment of the interview begins with Jack Webster smiling at something before he takes a telephone call for the premier. The off air recording shows what the cause of the smile was.

This was in preparation for the final part of the show which can be seen here.

Another example where knowing what happened off air is useful occurred during the lead up to Expo 86. As a corporate Sponsor, BCTV was closing each Webster! Show with a “Number of days to go” countdown. It appears the recording of the announcer used for this particular day’s segment was unavailable. This clip shows the preparation and result.

You can now watch an “ever expanding list” of Webster! episodes which includes “never before seen or heard” “behind the scenes” parts of the show. Simply visit the Royal BC Museum YouTube channel and click on the Webster! Playlist.