When I’ve been in the alpine in the past, it’s mostly been on long day hikes, where I had to get up and down a mountain during daylight hours. This does not leave much time or energy for wandering around alpine meadows. But on this trip, that is all we did. We walked and walked, looking for plants for the collection. It was easy to lose sight of the others, so I had to keep reminding myself to not wander too far. Thick fogs can come in quickly in the mountains and create a difficult and dangerous situation and although we’d seen no signs of bears, we were also in Grizzly territory.

It was so beautiful up there I just wanted to keep going. Over every rise there was a new vista. There was birdsong, and far in the distance, running water coming from a stream or a waterfall, (I could not tell which but I had to get closer). That’s when (unbidden I swear) dialogue from The  Sound of Music, (the part where Maria is being reprimanded by the Mother Superior for being late) came into my head. Clearly, I heard Maria exclaiming how she could never be lost up there, that these were her mountains and besides the birds were singing and the brooks were babbling and she felt like she was being called higher and higher up into the mountains.  That was me that day. At one with Maria.

I mentioned my mental imagery to nearby Royal BC Museum botanists Heidi Guest. Heidi in the mountains with (I kid you not) braids in her hair. Being a good sport, Heidi, spontaneously swung her plant collecting gear around her not unlike Maria while singing I have Confidence. I’m telling you it was a moment. 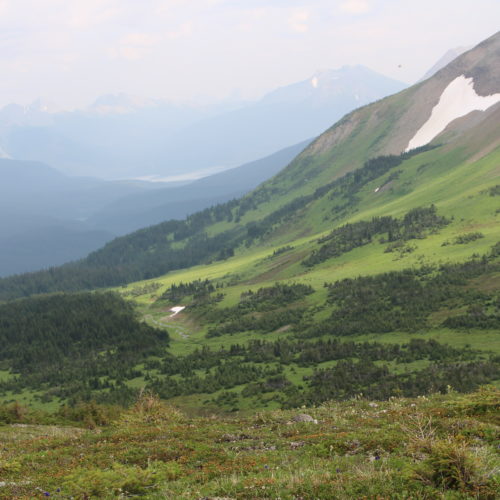 The scene that day. 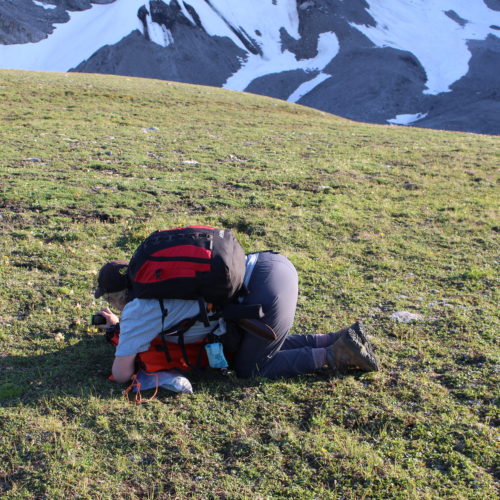 Botanist Heidi Guest snapping a photo of a plant. Not easy to do with all the gear she was carrying. 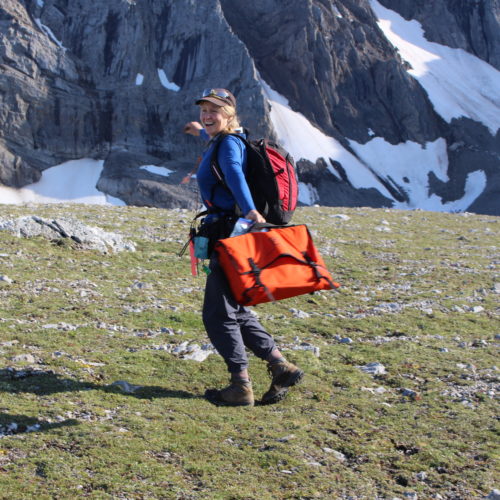 Botanist Heidi Guest as Maria in The Sound of Music. 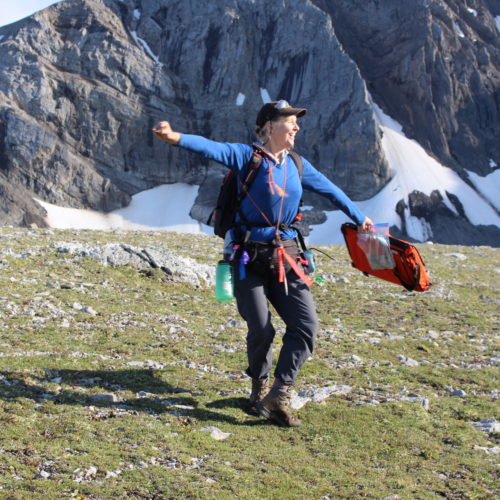 A botanist in her natural habitat. 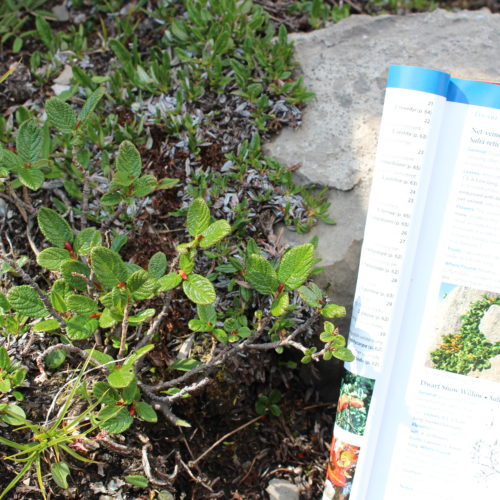