Dr. Ken Marr is Curator of Botany at the Royal BC Museum. I ambled with Ken (botanists amble) last month while he was out collecting plants in the mountains south of Tumbler Ridge. 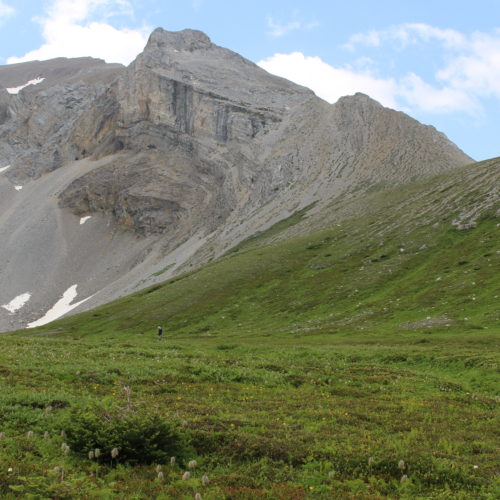 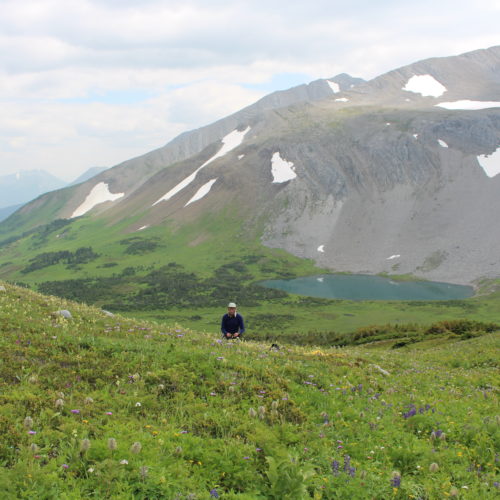 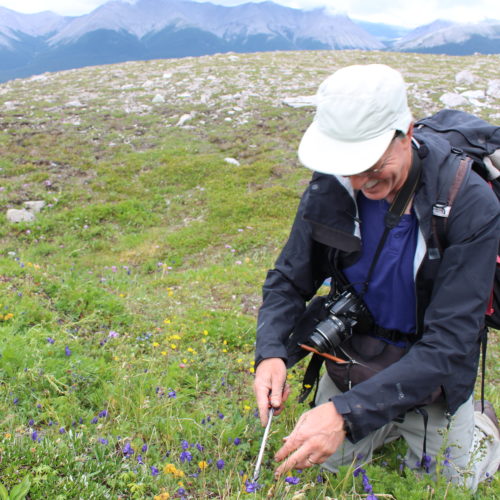 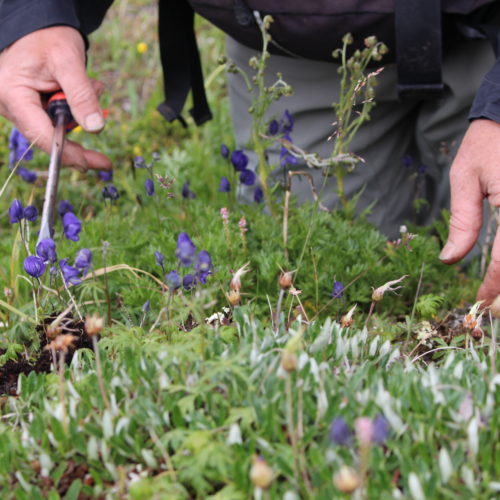 Field botanist with plant-remover (a.k.a. screwdriver). 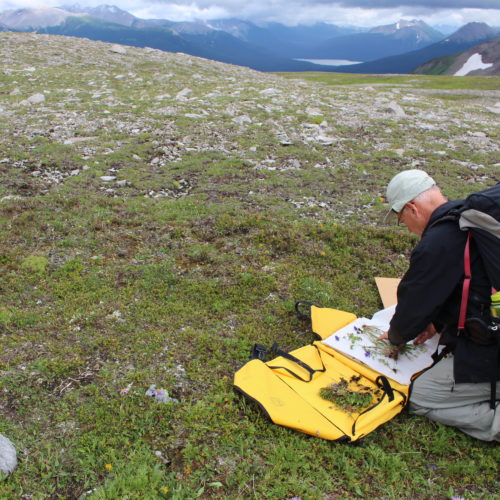 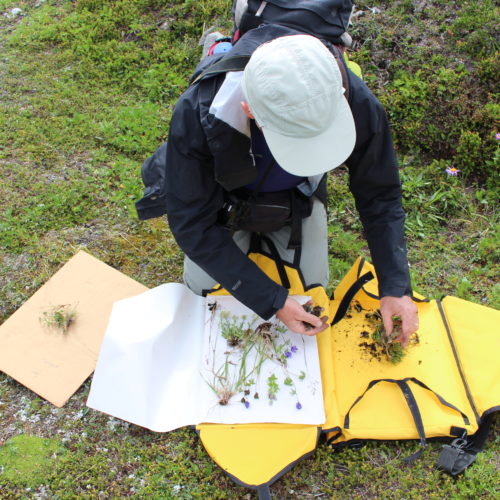 Dr. Ken Marr with his mobile plant collector/presser. When he gets back to the camp at night, the plants are dried out then packaged to be sent back to the museum. 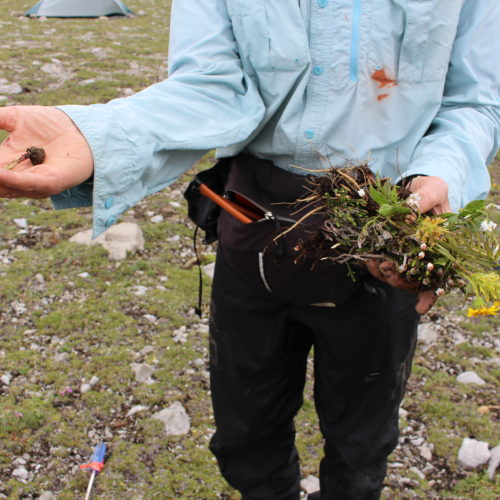 No, that’s not blood on Ken’s shirt. He assures me it’s from a Sharpie blowout. Kind of distracts from the plants he’s trying to show me though.
Liz Crocker 08.08.2018   Categorized Collections, Knowledge and Engagement, Learning