Last summer I worked with some really interesting records that illuminated the “Home Front” situation in British Columbia during World War 2.

Activity, particularly in the realm of Air Raid Precautions (ARP), was a curious mixture of official and civilian partnership.  In 1942 Premier John Hart formed the Advisory Council, Provincial Civilian Protection Committee to assist and advice the official Provincial committee in the organization of air raid precautions in the province.

The Advisory Council took on a lot of administrative work in distributing grants to BC communities to buy equipment, train volunteers and disseminate information.

The records of the Committee are with the BC Archives and are described as GR-0268.  Last year I found three boxes of missing records and added them to the series.  The series description can be viewed here.

The records are open for access but are stored offsite so can take a few days to bring in.

There are also some photographic records created by the Advisory Committee which I had a lot of fun working with.  One series, GR-3644,  consists of 77 b&w photos of ARP activity.  Our preservation unit has scanned these so they can now all be viewed online.

Some of my favourites include I-78009 (children learning to use respirators), I-78029 (volunteers receiving training),  I-78002 (recruiting poster) and I-77973 (gas decontamination crew during practice) 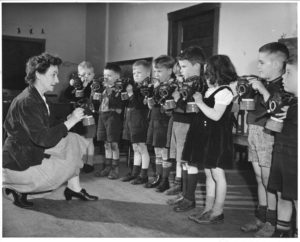 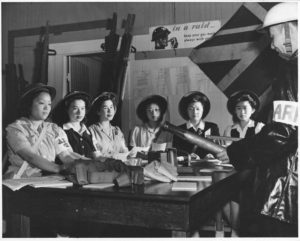 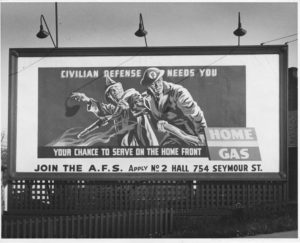 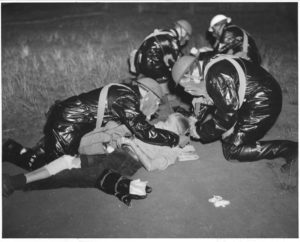